As of April 2020, AUTHORSdb has over 20,000+ Published Listings ... from bestselling authors to pre-published authors, readers, publishers & agents.  Join Us!  TWITTER FEEDBACK

The Rake is Taken

HOT NEW BOOK RELEASE: Author Latesha Kellam Releases New Women’s Fiction Novel - The Match Disaster
May 22, 2020 | Breaking News
Author Latesha Kellam Releases New Women’s Fiction Novel - The Match Disaster Author Latesha Kellam is pleased to announce the release of her new women’s fiction, romance novel, The Match Disaster. Release by Lulu Publishing in March 2020, the book is already receiving rave reviews from readers and reviewers. An illuminating, intimate look at the relationship struggles a woman faces in an emotionally abusive relationship. The Match Disaster is a story about a middle-aged woman who recently got divorced and thought she was open to companionship. She was very apprehensive about opening her heart again after being hurt badly by her ex-husband. To her surprise, she met someone on Match.com that seemed like the man of her dreams. They had so much in common and really enjoyed each other's company. He managed to...

Author Joe Montaperto Promotes His Memoir - Nobody Gets Out Of Catering Alive...
May 22, 2020 | Breaking News

Read all Breaking News or Submit Your News

The Case of the Brown Scraggly Dog
5.0

Michele Rolfe
"The twins are learning a new magic spell & stumble on the Mystery of the brown scraggly dog! The dog..."

My Life at Sweetbrier-A Life Changed by Horses
5.0

ReviewShare™
" At birth, her parents were told that Deanie would never walk again. With the love of her family and..."

Judith Price
"The story brings back memories of a hodgepodge of stories about the magic of Christmas, family and the Hardy Boys..."

Sapphire in the Snow
5.0

Janet K L Seal
" Loved the synopsis of the book. First step the library and if it is not there I will recommend..."

Rarity from the Hollow

The Knight of Two Realms 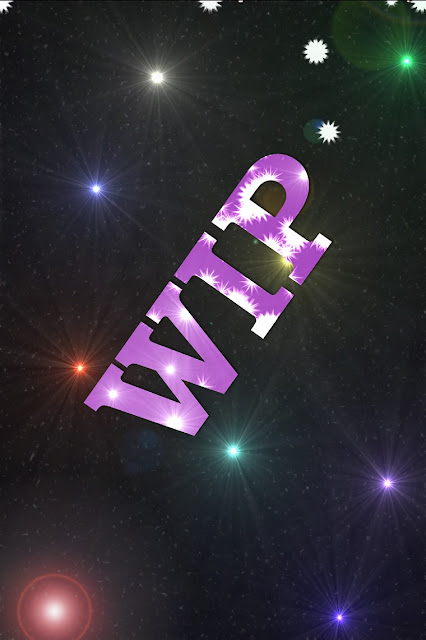 Debatable Negotiations...
Romance
Hey Everyone!! :-)Here's a little bit more of the third installment in the Petri Dish Chronicles! As always, the disclaimer is that this is a draft and, as such, it's unedited and likely full of error...
Read More

Tracee Ford
Tracee Ford has been telling stories her...

On a beautiful summer morning some 1,250 years before the start of our story, an alien fleet arrived on the Antyran home planet. It wasn’t a pleasant encounter - at least not for the Antyrans, because the aliens burned their ice cities to the ground and locked the whole star system inside a space distortion that held them captive ever since, hiding the stars.
After such an awesome display of destruction, they went back to where they came, but not before investing an Antyran, called Baila I, as the ruler of the world.
Despite the constant barriers imposed by the long string of Bailas, and the ever-hotter wall of fire created by the light of the star trapped in the distortion field—which reminded them of their pledge of obedience to the sky masters—the Antyrans progressed. After they developed their first fusion engines, they built colonies on the other two planets inside the distortion.
And then, on another beautiful day, the discovery of a few fragments from an ancient spaceship buried in a ravine on one of the recently colonized worlds will open up the chest of madness.

Gillabrian, or Gill, as friends use to call him, is an Antyran archaeologist. After stumbling upon the terrible secrets of the alien visitors, he finds himself in the unenviable position of being hunted on all the Antyran worlds, and not only there.
The path laid before Gill forces him to change, to discover that he has the strength to overcome his fears and make the right choices even against overwhelming odds. But beyond that, he is compelled to explore the meaning of being alive, to glimpse the fine line between life and death, and find how technology would eventually blur their boundary.
Being thrown in the river of madness, he will reach the point where any choice is a bad choice, when defeating a foe could open the path for an even greater evil, when the light at the end of the tunnel is the hideous grin of a technological singularity bent on assimilating everything, its tentacles as long as the Universe.
Will our hero prevail and find a way to keep the secrets of the Sigian Bracelet?

The book cover was made by Adam Kuczek, a very talented concept artist who works on some of Hollywood's blockbuster movies. It represents the city of Alixxor (the capital of Antyra) and the arrival of the alien fleet. To see the whole concept art behind the cover and read the prologue, please check the book's website http://www.thesigianbracelet.com
Tweet

The Cover Contest 2018 is closed. Please submit your vote in the current year.

Get connected with others & link communications to your author page