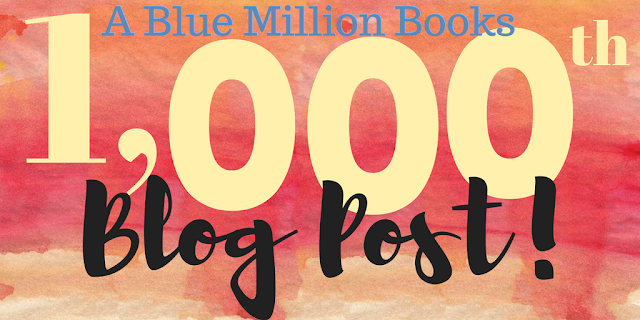 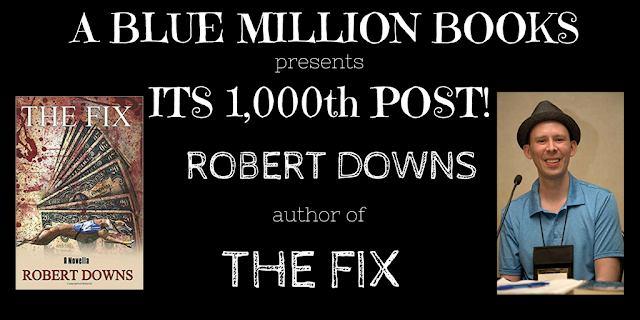 Professional gambler, Johnny Chapman, plays the hand he’s dealt, but when he’s dealt a series of losers, he decides to up the ante with more money than he can afford to lose. Just when he thinks his life can’t get any worse, it does. The loan shark he owes the money to demands that he pay up and sends his goons after him. The man offers Johnny one way out—fix a race by fatally injecting the dog most likely to win. A piece of cake, Johnny thinks, until he looks into the big brown eyes of the beautiful dog, and the price suddenly seems too great to pay. Now Johnny’s on the run and the goons are closing in… 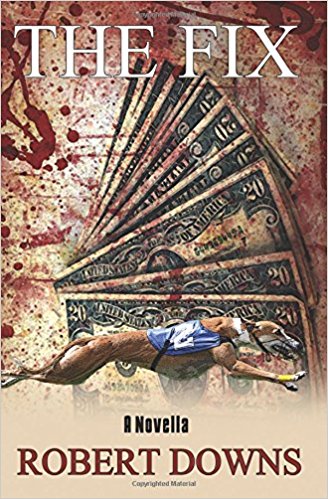 LOVE IT OR LEAVE IT INTERVIEW WITH ROBERT DOWNS

A few of your favorite things: Road trips and short flights, country music and Walk the Moon, pens and paper, and my laptop and HP printer.
Things you need to throw out: Old clothes and expired food. I also have more books than I could possibly read in the next five years, but I don’t believe in tossing books out. I believe books are a gift that should be passed on to the next eager reader.

Things you need in order to write: My laptop, and if that fails, a pen and paper. Everything else is negotiable.
Things that hamper your writing: Time and sometimes life gets in the way. Experiences feed the creative process. If I write too much, I’ll eventually run out of things to say, and if I only have experiences and no writing time, as you can probably imagine, I won’t right a single word. Life is all about balance. I feel like everything I do somehow informs my writing.

Things you love about writing: I’m living my dream every day. My biggest fantasy has become my reality. I love typing as fast as I can through that first draft, and I enjoy shaping the novel throughout the editing process.
Things you hate about writing: I don’t hate it, but the hardest part of writing for me is once the book comes out, and the marketing process rushes full speed ahead. I’ve studied it quite a bit, and heard other writers talk about it, and I still feel like I don’t do it well.

Things you love about where you live: The vast amount of activities I can do in and around Los Angeles. If I’m bored here, I’m probably not looking hard enough for something to do.
Things that make you want to move: The traffic and the sheer number of people. I can’t walk five steps without bumping into someone. I don’t know if this is the right word, but it feels claustrophobic to me at times.

Things you never want to run out of: Pens, paper, printer ink, and battery life on my laptop.
Things you wish you’d never bought: An electronic keyboard and a pair of PJ Harvey concert tickets. Let’s just say the latter was to impress a woman, and it didn’t work out so well.

Words that describe you: Persistent, honest, optimistic, organized, introvert, planner, creative, and self-confident.
Words that describe you but you wish they didn’t: I’d say the hardest thing for me and the people around me is being a perfectionist. It helps me reach my goals and keeps me pushing forward, but it has probably been the downfall of more than one relationship in my life, and it often means I’m never satisfied with my successes.

Favorite foods: Pasta, chicken, leftovers, and anything I don’t have to cook myself. I also have a mouth full of sweet teeth, which often leads me to believe the food pyramid needs to be reversed. Chocolate and sugar should cover the widest part of the pyramid.
Things that make you want to throw up: Canned spinach and vinegar are not my friends. My mom mixed the two and cooked it in the microwave, and it stunk up our entire house.

Favorite music or song: "Shut Up and Dance," "Learning to Fly," "Castle on the Hill," and "Copperhead Road." There’s plenty more, but I’ll stop there. The correct answer for music genre is always country.
Music that make your ears bleed: I’m not a big fan of jazz or rap.

Favorite beverage: Water .
Something that gives you a pickle face: Anything sour.

Favorite smell: Fresh linens .
Something that makes you hold your nose: If anyone is smoking in a three-block radius of me, I can smell it, and it makes me want to gag.

Something you’re really good at: I hope the correct answer is writing, but the jury is still out on that one.
Something you’re really bad at: I’ve gotten better at it over the years, but public speaking still makes me uncomfortable. I do it because it’s required, but I’m usually not happy about it. I’m an introvert, so I prefer to blend. I don’t feel like I need the spotlight.

Something you wish you could do: Play the drums or dance. But alas, I am a man with no rhythm. I just hope it’s not hereditary.
Something you wish you’d never learned to do: I don’t know if I had a good answer for this one. I do know I probably should have stopped playing the saxophone before the marching band. (See previous answer.)

Something you like to do: Traveling, reading, watching movies, writing, and road trips with little to no traffic. Streaming services and Redbox are wonderful inventions.
Something you wish you’d never done: Marching band and band camp. Again, it’s the no rhythm. I feel like I have a theme here.

People you consider as heroes: My parents. I’m also a sucker for a good underdog story, since I feel like I’m constantly underestimated in my own life.
People with a big L on their foreheads: Los Angeles has a flakey reputation, and I can say it often doesn’t disappoint in this regard. I like to think I am a man of my word, and I wish more people felt the same way.

Last best thing you ate: The cinnamon roll I ate this morning, and the iced sugar cookie I ate this afternoon. Both were quite good.
Last thing you regret eating: See previous answer. Life is tough, and it’s even tougher when you’re addicted to sugar.

Things you’d walk a mile for: Ice cream, a good book or movie, good music, a good story idea, or the woman of my dreams.
Things that make you want to run screaming from the room: Cigarette smoke, liars, hypocrites, and flakes. Bats and snakes are not my friends either.

READ AN EXCERPT FROM THE FIX