Unless WordPress lets me down, this post will go online at 11 am of the 11th of November 2018, exactly 100 years after the signing of the armistice that put an end to the First World War.
It is interesting to note that the peace was ratified only on the 10th of January 1920, but for the men in the trenches and the fields and the mountains of World War One, the 11th of November marked the end of the war.

I am listening to Benjamin Britten’s War Requiem as I write this. I’ve been surprised, in these days, about how seriously I am taking this centenary.
But after all, I belong to a generation that knew personally people that had fought in the trenches.
I talked about my grandfather, on my mother’s side, that was traumatized for life by his duty as a gravedigger after Caporetto.
I also remember vaguely an uncle of my mother, that was generally known as “Ezechiele Lupo” (the Italian name of the Big Bad Wolf in Disney’s Three Little Pigs). He had been in the “Arditi”, special forces that were generally portrayed as crawling towards the enemy lines, with a dagger in their teeth and a brace of hand grenades. He had survived trench warfare and pretty rough action, and upon coming back home, he moved into the woodland at the back of his parents’ house, and lived a life as a wild man of the wilderness until the day he died. A poacher, a hobo.
He used to come and see me when I was a very small kid, and I spent the summers at my grandfather’s place just outside Turin. He was very kind, always cheerful, and somehow always had some marvel to show me – a nest, a strange snail’s shell, a weird-looking branch.
He was a good man, but one that had had no compunction in killing not to be killed, and the war had left an indelible mark upon him. 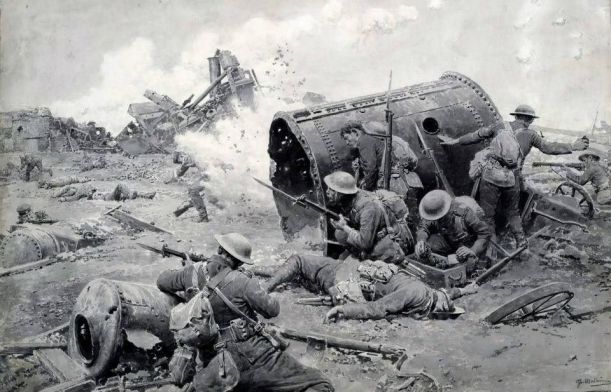 My other grandfather, on my father’s side, was sent to North Africa, and fought in Lybia. He was tried and jailed for rescuing an enemy officer. That to do so he had abandoned his weapon (a flamethrower) brought him an inch from the firing squad – but the officer he had rescued was a VIP, so they just locked him up.
He too brought home strange memories of his war – and a medal, but they gave a medal to everyone, he told my grandmother.

When I was a kid war movies were a standard staple of our entertainment.
Some… many, actually, showed what a jolly good romp a war was.
Things were changing, the sixties were bringing new sensibilities to the screen, and any kid who ever was in a scrape in the courtyard certainly got some serious doubts about fighting being cool and fun.
And both my grandfather and my mother’s uncle had taught me that it was not so straightforward, no matter what we saw at the movies. 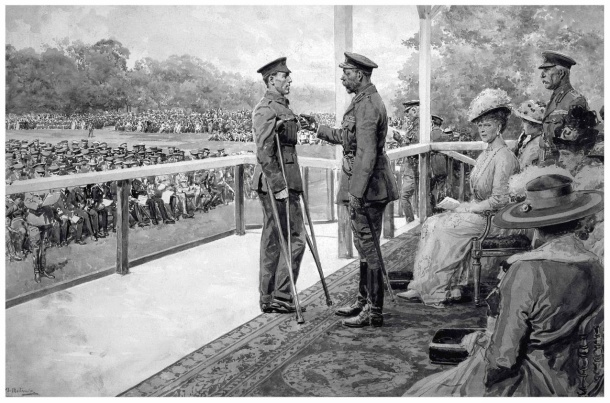 It’s been 100 years – and they have not been a smooth bicycle ride.
The Great War brought along a long trail of nationalism, fueled the rise of dictatorship, and was the prelude to another conflict.
And things have been shaky ever since.
And yet, as I sit here listening to Britten, I wonder at that mix of relief, hope and disillusionment that must have filled the minds and the spirits of the men in the field, on that November morning, one hundred years ago.
Ad my zen masters would say, we are walking for them too.
We should make each step count because of that.

The war is over, ladies and gentlemen.