4 Stories about Love, Laughter, and 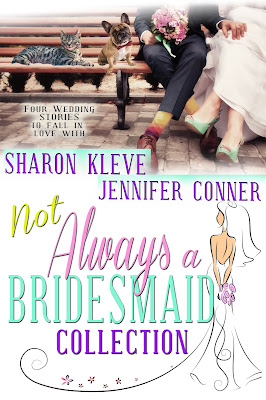 5 STAR REVIEW:
The plot kept me captivated as a budding romance develops between Chasen and Skye, who seem to have the same vision and goals in life. I found the dialog to be open, honest and heartwarming and a few lines to melt the heart. “It looks like your journey brought you love.” “If you dream together, then it’s a reality.
I enjoyed this fast pace wedding novella with interesting characters. The plot kept the pages turning, and the dialog was entertaining. What happens when the wedding planner and her fiancé have a difference of opinion? A wedding is a girls dream, and she knows what she wants, but what if the groom is trying to rush things?


The Professional Bridesmaid
To help three co-workers coordinate their weddings, Skye Wilson must act as a bridesmaid for them. Skye dreams of becoming a wedding planner and needs to start somewhere and reluctantly agrees. Just when the wedding arrangements and her plans started going wrong, she meets Chasen Dantrell, a handsome limousine driver.
Chasen has a growing limo business. He loves his job but the long hours of waiting by himself wear on him. That is until a cute, blue-eyed bridesmaid named Skye stumbles his way.
As their two worlds become more and more entwined with each wedding they work, Skye wonders if she'll ever be a bride and would it be Chasen at the end of the aisle with a ring?
The Undecided Bride
When Steven, the man of Bridgette North dreams, proposes she automatically says yes until her fiancé’s constant pressure for a speedy wedding has her questioning his motives and love. Now she is undecided whether she wants to marry him.
Mason is hired to trick Bridgette into marrying Steven quickly to ensure a promotion but ends up falling head-over-heels in love instead.
Can Mason explain his deceit and still win her heart?
And will Bridgette be willing to risk her heart one more time?
Red, White, and Bridesmaid
Jess Caldwell is the third in line to wear the mistletoe headband until she’s kissed. But it’s her best friend Kara’s wedding, Jess needs to keep her mind on designing the flowers and not on the fact that Kara’s older brother, Darrin, who she’s had a crush on for years will be there.
Darrin’s happy to be moving home, and what is even more of a pleasant surprise is seeing her again. Jess isn’t the geeky girl he remembered when he left. But after all the mean things he said in the past, will she give him another chance?
When things at the wedding go wrong, more than fireworks fly for this 4th of July wedding.
Will love be in the air?
The Reluctant Bride
Penelope Moore’s last boyfriend had no qualms about cheating even after he professed his undying love. As a wedding event planner Penelope has seen plenty of happily-ever-after. But with her terrible luck in the relationship department, she is reluctant to believe it will ever happen to her.
Ferguson enjoyed the freedom of bachelorhood until he met his last girlfriend. He considered her the love of his life until she betrayed him. Without his consent, she used his professional experience and knowledge as a private investigator to write and publish a best-selling novel. Ferguson couldn’t forgive her underhanded deceit and ended their relationship.
When Ferguson meets Penelope he is once again willing to risk his heart, but Penelope isn’t as trusting. Just when he is beginning to win the beautiful event planner’s heart, his ex-girlfriend arrives in town and causes heartache all over again.
Can Penelope and Ferguson trust each other and their hearts enough to get their happily-ever-after?
Available now on multiple platforms in eBook and paperback. Coming soon in audio and foreign language translations. 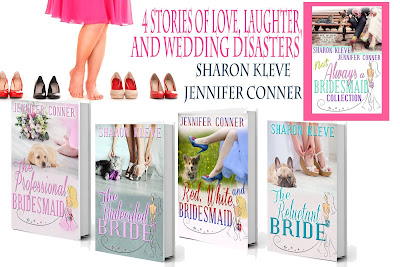 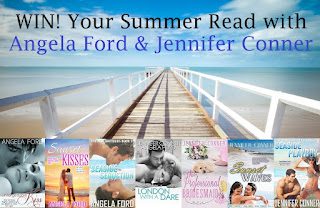 Time to bring out the flip flops!
Whether you head to the beach, the poolside,
or your favorite spot to soak up some sun-take a romance with you.
How about an Unforgettable Kiss, The Professional Bridesmaid,
or off to London with a Dare – Angela & Jennifer’s co-authored romance –
3 winners every month this summer!
Jennifer & Angela are giving 7 eBooks all summer long!
Escape with a romance this summer–besides the titles listed above,
they’re giving you 2 brothers from The Mac Brothers Series and
taking you to Sunset Beach in their Sunset Beach Romance Series
(each book in series can be read as stand-alone romances).
Perfect summer reads while you relax in the sun.
Good luck on the draws!
Have a fabulous summer–Happy Reading!
Ange & Jenni
Angela Ford's Website
Jennifer Conner's Website
Facebook - Angela Ford
Facebook - Jennifer Conner 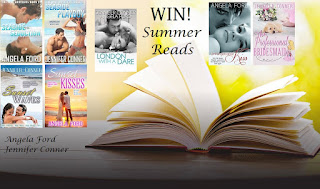