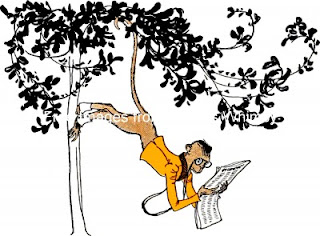 I remember stepping foot into his office. I’ll call him Jay. He was the first client who yelled at me. Later, much, much later, he warmed up, becoming cordial, but, that first meeting, when I was twenty-three, went something like this:
“Hello, I’m from the newspaper.”
“Yeah, so?”
I wore a dress I had sewn on my mom’s Singer; Kelly green with small white dots over a white, puffy sleeved blouse. In hindsight, I looked like Snow White’s sister.
“Thought I’d come by to talk to you about advertising.”
At first, he said nothing. Then Jay’s eyes sort of bulged out of his head and he turned red. “What in heaven’s name do you know about advertising? I have owned this dealership for fifty years and you think you can waltz in here to tell me what to do?”
“No sir,” I answered, worried the man might have a heart attack in front of me. My knees shook. Good thing I had opted for the pattern with the full skirt, I thought.
“Well, you’re going to tell me how to advertise? Do you know anything about advertising?” His voice shook the entire office. I think they heard him at the parts counter.
“I admit I’m new to advertising, but I have some ideas that could help sell more cars.”
“You have ideas, huh? You think you can help me sell more cars?” The yelling turned into diabolical laughter that shook his portly belly and scrunched his gray eyebrows together. At this point, I wanted to run back to the shelter of the office to tell my manager I had failed. Maybe, I’d take that low-paying job writing obits, after all.  Jay sneered a twisted smile, but it calmed me down. “Get out of here. Go get your ideas and come back next week. I’m busy.”
“Can I leave you a copy of the newspaper?”
“Yes, now get out,” he shrieked, pointing to the exit.
The following week, I came back with a mock-up of a full-page ad and he signed a contract. Jay became a loyal newspaper advertiser for many years. I had triggered something. Either guilt for his nasty behavior or pity for the newbie. A mystery I have yet to solve.
Once I had my first check, I bought a navy-blue suit, assuming falsely, it would help me command a bit more respect. Later, a closet full of suits, a briefcase and business-like pumps didn't help either. Sadly, many future clients also screamed about prices, tear-sheets, proofs, typos etc.  and those pencil skirted suits didn’t hide my quivering knees.

Either way, Jay, and all the others, inspired me to figure out why things like this happen. Six years later, I went to grad school for a Master’s degree in Human Behavior. As if learning psychology would stop clients from shouting. 😊I hate shouting. Don’t you?
Anyway, what do you think? Did Jay like my ideas? My dress? My determination? Did I upset his ego?
More than likely, he simply wanted ads in the local newspaper. Right?
Original link