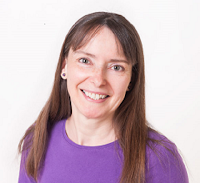 Order your copy today!
http://amzn.to/2lvEFhy
Lori Golden’s family have had more than their fair share of troubles. But through it all, Lori and her sister, Jessie, have always supported each other. Then Jessie is killed. And Lori’s world turns upside down.
Devastated, Lori struggles to cope with her loss, and to learn to live in a world without her bright, bubbly sister by her side. Around her, her already fractured family start to fall apart. And, as Lori and her mother try to pick up the pieces of their shattered lives, secrets long thought buried are coming painfully to light.
Faced with the unthinkable, Lori is forced to ask herself how well she really knows those who are left behind…
Maggie James is a British author who lives in Bristol, England. She writes psychological suspense novels.
Before turning her hand to writing, Maggie worked mainly as an accountant, with a diversion into practicing as a nutritional therapist. Diet and health remain high on her list of interests, along with travel. Accountancy does not, but then it never did. The urge to pack a bag and go off travelling is always lurking in the background! When not writing, going to the gym, practicing yoga or travelling, Maggie can be found seeking new four-legged friends to pet; animals are a lifelong love!
Find out more about Maggie at http://www.maggiejamesfiction.com
Original link