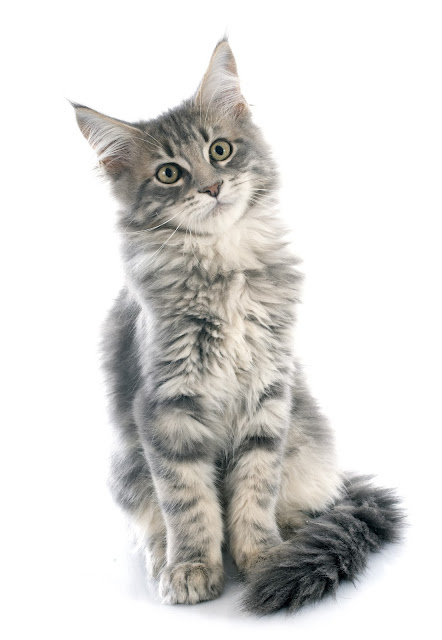 Agent Thoth discusses more of the trials and tribulations associated with living with hominids. Incidentally, if you've missed Agent Thoth's earlier entries, you can find them here: Thoth's Journal

Department for the Preservation and Confirmation of Intelligent Life (DPCIL)
Agent Thoth's Personal Log
Day Five-Hundred-Thirty-Nine:
My hominid-servant keeps a collection of paints with which she decorates the epidermis of her face. I consider this a strange habit, but have concluded she feels the need to compensate for her lack of proper facial fur. Many of these paints are stored in containers that make for a pleasant distraction when they are rolled across a flat surface. However, in spite of their tempting form, my hominid-servant has made it abundantly clear that she does not approve of her paint containers being used in such a way.

Today, while I was napping on the lap my hominid-servant recently restored my access to, the infant felid uncovered her store of paint containers. He also discovered the amusement value inherent in their construction and availed himself of it with abandon. The result was the floor covering in my hominid-servant's sleeping chamber becoming irredeemably stained with a multitude of types and colors of paint.

When my hominid-servant discovered the results of the tiny pest's activities, she vocalized extensively in her loudest and shrillest tones and chased the creature from one end of my domicile to the other. I observed the uproar with a sense of both glee and vindication. Once she caught the irritating beast, my hominid-servant locked him in the same small box she uses to express displeasure with my behavior.

Though I know it is petty, I feel a strange satisfaction when I think of his expression when he realized he was unable to escape from the box. Perhaps my extended exposure to the creatures on this backward planet is having a deleterious effect on my maturity level. Still, it remains an undeniably pleasant memory.

Ha! Seems like Agent Thoth is just as immature as the rest of us. ;-) You may have noticed that Agent Thoth has a new look. I hope you like his new picture as much as I do, but I'd love to hear your thoughts, either way. Feel free to let me know what you think in the comments. ;-) Happy reading, everyone!
Original link
Facebook Twitter LinkedIn Pinterest
How do you feel about this post?
Happy (0)
Love (0)
Surprised (0)
Sad (0)
Angry (0)
Meet Author David A Wilson
Homophones