An Extreme Example Of A Normative Attitude 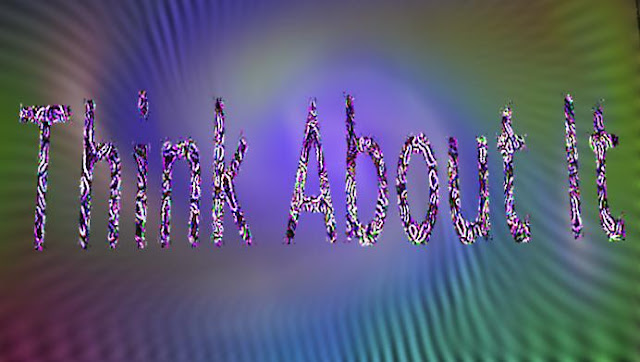 Not long ago, a man in Toronto, Canada ran over a bunch of pedestrians with a van because he was angry that he couldn't convince any of the women he wanted to have sex with to have sex with him. To him, apparently, that was sufficient cause to murder a bunch of innocent people. For a while, the incident was the subject of a lot of online jokes. After all, there's certainly a macabre absurdity in what happened. But, when I heard about this terrorist attack, and that is absolutely what it was, only one thing came to mind: what he did is just the logical outcome of how our society views and treats women.

I know, a lot of you are now probably saying that's hyperbole, but I don't think so. To me, it's just indicative of the way our society values women. And, yes, that incident was Canada and not the US, but we have a similar culture between our two countries. And, quite often, in that culture, women are looked on more as commodities, objects with no right to autonomy, than people. Don't believe me? Well, let's look at a couple examples.

We can start with what I consider the most egregious example: the debate over women's health choices. To begin with, how is this even a debate? Why do women need to justify or even explain our decisions regarding our own bodies to anyone?  How can any rational human being even think that any other person's personal choices regarding their health and body could in any way be a viable subject for public debate? And, yet, women are time and time again forced to justify and defend not only the choices we make but even our right to make such choices at all.

I mean, just look at how women's bodies are regulated. Consider how many laws have been passed restricting our right to determine how our own bodies will be used. Last year alone, in the US, 17 anti-choice bills were passed. That's not to say that there are 17 laws in the nation governing women's health choices. That's 17 new laws just passed last year, to be added to the thousands of such laws that were already on the books, solely to tell women what we can and cannot do with our own bodies. Compare that to the 300, or so, laws total that exist nationwide to regulate firearms. It's no exaggeration to say that pussy is subject to far more government control than guns are.

But it's not about women's choices; it's about protecting human lives, cry the anti-women bigots. Oh, really?  Well, we'll leave aside the debate over when life begins and what qualifies as human life. Though, I can't help but mention that with cloning technology, every time you cut yourself shaving or get a paper cut you're "murdering" potential human beings.  But, as I said, that aside, how many of these same people are advocating for government mandated and enforced living-donor organ donations? Hmmmm? Because that is, essentially, what being forced to carry an unwanted pregnancy is.

The fact is, no one is crying out for the government to mandate the donation of organs. Not even when the people who need them will die without them. Not even when those organs can be harvested from cadavers. No. In order for a person's organs to be used as donor organs, that person, or the person making end-of-life decisions for them, has to agree to their organs being used for such a purpose and sign paperwork confirming and documenting their agreement.

And it has nothing to do with parental responsibility, either. If a person has a child -- an actual, extant child, not a theoretical potential child, but a living, breathing human being -- and that child needs an organ transplant in order to survive, that person cannot, by law, be forced to give their child their organ against their will. Even if their child will die without that organ and donating that organ won't substantially negatively affect the parent's health or safety. The parent can voluntarily decide to donate their organ to their child, but they cannot, under any circumstances, be forced to do so by the government.

Even blood donation has to be completely voluntary in this country. Even though blood can be collected with virtually no risk and minimal discomfort to the donor. And even though enough blood to save another person can be taken from a healthy adult with no adverse effects to the donor. And even though the blood that is taken from a healthy adult donor can and will easily be replaced by their body in just a few weeks with no lingering deficit. We still do not allow the government to force people to donate their blood if they don't want to.

No. Anti-choice legislation has nothing to do with protecting human life. Its sole purpose is to control women and deny them their right to self-determination. Hell, the way the laws are in our country, we give greater personal freedom to corpses than we do to living women.

But laws denying women sovereignty over their own bodies aren't the only examples of in our society of how women are looked at as property instead of people. There are also the numerous "rules" that women are expected to follow or be judged negatively by others for failing to follow. Rules regarding what kind of clothes they're supposed to wear. After all, we don't want to look too prudish or unfashionable, but we daren't risk others thinking us too slutty, either. In either case, we'll be subject to public comment and criticism...and possibly blamed if we're assaulted. It's not as though our bodies are our own to cover and adorn as we choose; societal expectation is that we purchase our right to exist in public spaces by making ourselves aesthetically pleasing to others. Just not too pleasing.

There are also the rules about who, how, when, and how often we're allowed to have sex. And how much we're allowed to enjoy it when we do. Failing to adhere to these rules can result in both personal and professional consequences. For the women reading this, have you ever felt the need to lie to a partner or potential partner about the number of partners you've had in the past in order to salve their feelings or because you think they'll look down on you for your experience? And what do you think might happen if your boss found out you visited a kink club on your personal time?

And, as the person who ran over strangers out of a frustrated sense of entitlement is a prime example of, there are plenty of people who also consider women to be under obligation to have sex simply because they happen to find us attractive. Our feelings on the matter, clearly, have no bearing on the equation. After all, we are simply objects that exist for the comfort and convenience of society.

Is what happened in Toronto an extreme example of the pervasive misogyny in our society? Yes. And is it true that there are plenty of people in our society who don't consider women to be chattel in need of government and/or religious regulation? Obviously there are. But there are enough people in our country who still view women as less significant and worthy of autonomy than men that it should be of major concern to the rest of us.

After all, I've barely even scraped the surface with this little rant. I haven't even touched on the continuing disparity in pay between men and women in many fields. The fact that there are still few women in positions of higher management and in the highest levels of our government when compared to the number of men. And, in the interests of intersectionality, I should also mention that when considering the debate over women being allowed to control our own bodies, I never talked about the fact that the regulation efforts can also be used in the other extreme. While some women are forced to be baby-making machines against their will, other women have their choices taken from them through forced abortion or forced sterilization. And that's an abuse that is far more often visited on women of color than on white women.

So, yes, there are many levels and facets to this debate, and I've really not done the topic justice with what I've written here. But what I'm hoping to do is start a conversation. Maybe if people start talking about this issue more openly and in greater detail, we might be able to make some meaningful changes. Not just in the law, but also in the general attitude about women among the population.