I was doing my homework for the next episode of Paura & Delirio, digging out information about the Toho classic Matango (aka Attack of the Mushroom People), and I was checking out the credits of actress Kumi Mizuno, that pretty much owns the movie from the word go.
And it was there, in the list of movies these gorgeous ex-model was cast in, that I found The Lost world of Sinbad, starring Toshiro Mifune, from 1963. 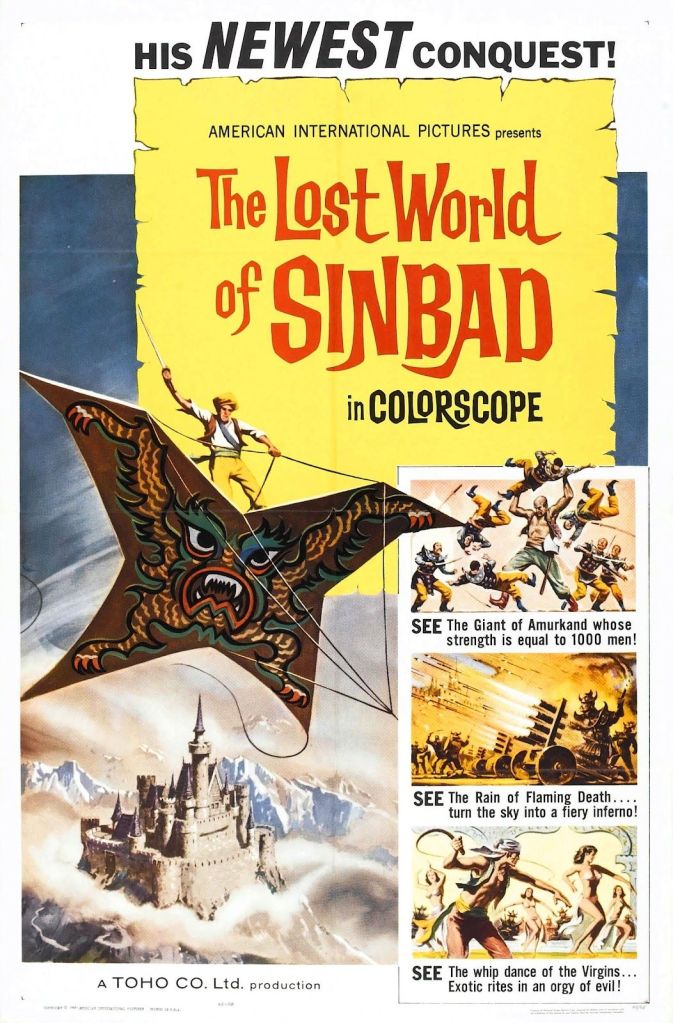 And if you are reading this blog, you know me … a lost world, Sinbad the Sailor, Toshiro Mifune AND Kumi Mizuno, all in a single package?
In TohoScope?!
I mean, check the poster … the Giant of Amurkand … the Rain of Flaming Death … the Whip Dance of the Virgins!
I have to see this. Like, now!

And a copy of this strange movie from 1963 can be found in the Internet Archive. It’s a very poor copy, but not worse than the copies of old sf/fantasy/horror movies that unlikely private TV channels broadcast when I was a teenager, and that were part of my upbringing. So, what’s it all about?

We open with Sukezaemon Luzon (Mifune) being put to death on a false accusation of piracy. He gives his executioners the slip and takes off on his ship, announcing he will become a pirate – because they accused him of being one, so there… stick it to the man!
Luzon’s pirate career ends a few hours later as a storm sinks his ship and kills his companions, and then the Black Pirate steals Luzon’s treasure chest, sinks his raft and leaves him, wounded, to drown in the ocean.

And we are about ten minutes into the movie. 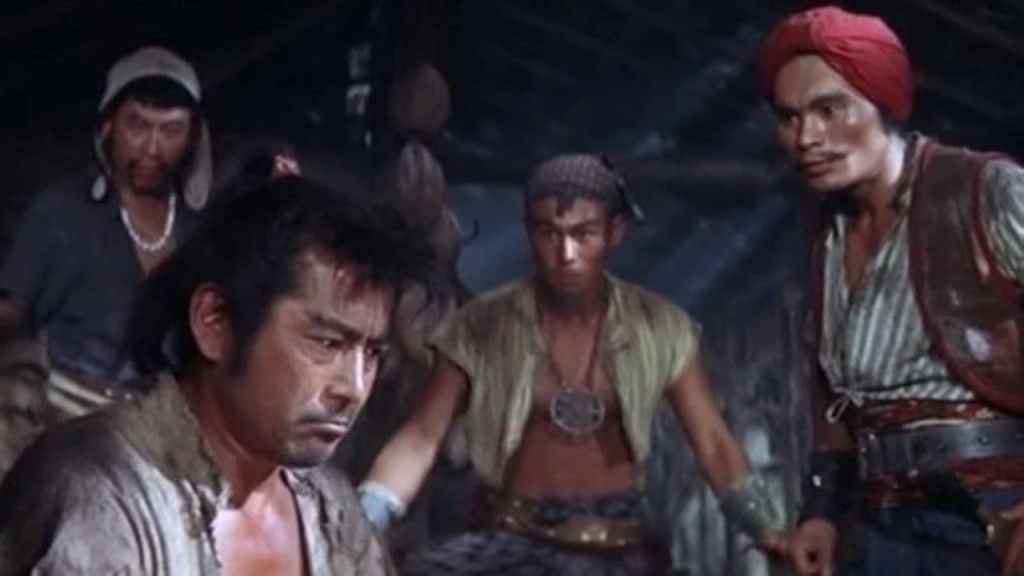 Luzon wakes up on the coast of an unknown land, ruled by a tyrannical king described by everybody (included his daughter) as “an old baboon”. Luzon swaggers his way into the city of Amurkand and the kingdom’s court, meets the princess (Mie Hama, of You Only Live Twice fame), hooks up with a bandit chieftain (a feisty Kumi Mizuno, by now settled in her typical bad girl role) and enlists the help of a buxom slave girl (Akiko Wakabayashi, that was also a Bond girl, and appeared in Ghidorah). Not everything is as straightforward as it appears – there’s evil in the court, the “old baboon” is just a pawn of his evil vizier, who is in cahoots with the Black Pirate.

Luzon decides therefore to administer some rough justice, for fun and profit (and for a basic, roguish but very samurai-style sense of justice).

And there you have it – a cheap fun entertainment, with elements of broad comedy and an actor that was a giant even when playing to pay the bills, as Toshiro Mifune is clearly doing in this case.
The production clearly invested more on the cast – that includes three beautiful actresses of the era – than on special effects, that are cheap but effective, and the movie was the third highest grossing picture in Japan in 1963.

As a side note, one of the support characters – a lecherous hermit whose sole power is turning himself into a fly – will look suspiciously familiar to fans of Akira Toriyama’s Dragonball. 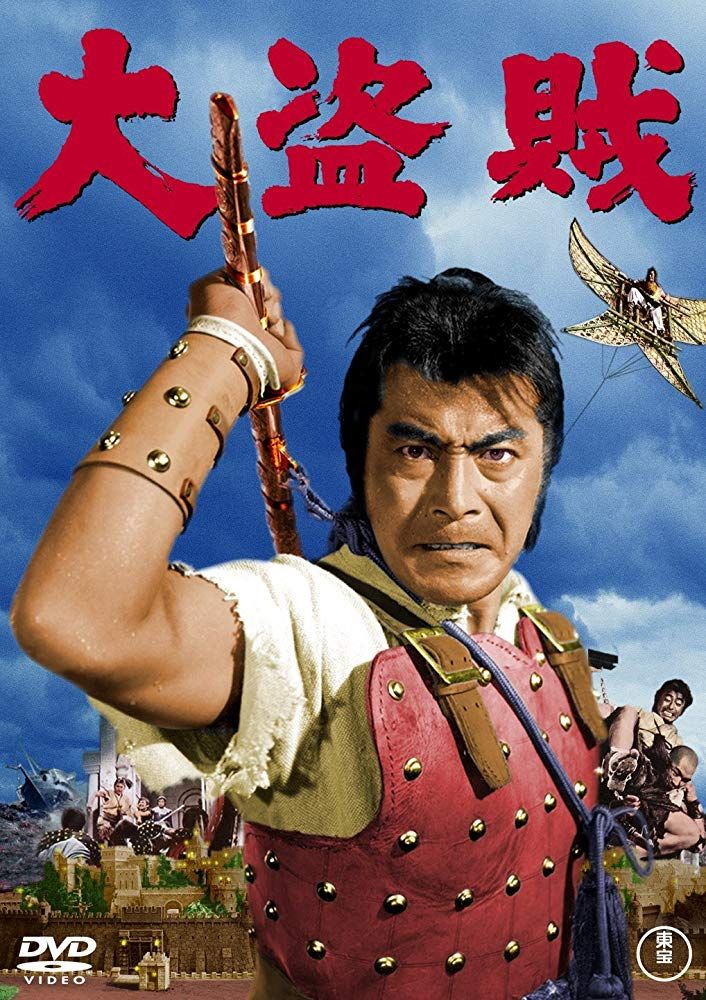 The movie’s original title was The Great Bandit, but it was distributed in the west as both Samurai Pirate and as The Lost World of Sinbad.
It is not great in any way truly great movies are, it has absolutely nothing to do with Sinbad, but it’s a lot of silly fun, Toshiro Mifune is clearly enjoying himself and his presence elevated any movie he was in. Mizuno, Hama and Wakabayashi are gorgeous.
There’s a vampire-fanged witch.
There’s a Black Pirate.
There’s the Whip Dance of the Virgins (always a big hit with the punters).
What else do you want, on a hot summer evening?

Original link
Facebook Twitter LinkedIn Pinterest
How do you feel about this post?
Happy (0)
Love (0)
Surprised (0)
Sad (0)
Angry (0)
Will 2020 be “Deju Vu All Over Again” of the Ill-f...
Recommended Read – Silence by Shusaku Endo