Good morning and welcome to Sunday Blog Share. Today we’re talking about solving a mystery.
For three years, a trio of young women from the same family have received the exact same gifts from an unknown benefactor. Immediately after the fourth present is delivered, the young woman has been murdered and her body is left near the graves of those who went before her. Detective Tyler Marks has only a month to discover the identity of the mysterious stalker and arrest them or he’ll have to attend the funeral of another teen. 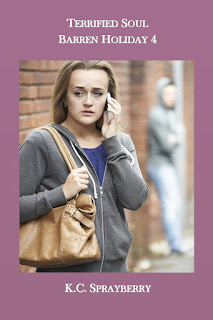 Lily Jameson refuses to be a victim. She is terrified that she’s the next target of the murderous stalker. Although Detective Marks has been working hard,  she feels it’s up to her to identify and stop the murderer.
This fourth installment of the Barren Holiday series will soon be available! 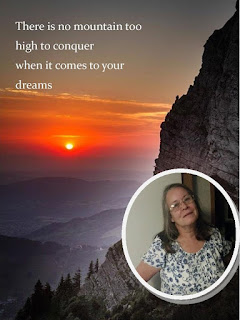 About K.C. Sprayberry
Living a dream she’s had since she first discovered the magic of books. K.C. Sprayberry traveled the U.S. and Europe before finally settling in the mountains of Northwest Georgia. She’s been married to her soulmate for nearly a quarter of a century and they enjoy spoiling their grandchildren along with many other activities.
A multi-genre author, K.C. Sprayberry is always on the hunt for new stories. Inspiration strikes at the weirdest times and drives her to grab notebook and pen to jot down her ideas. Those close to her swear nothing or no one is safe if she’s smiling gently in a corner and watching those in the same room interact. Her observations have often given her ideas for her next story, set not only in the South but wherever the characters demand they settle.
Find out more about my books at these social media sites:
Facebook Twitter Goodreads Amazon Author Page
Pinterest Manic Readers AuthorsDB
Authorgraph Email
Original link