Good morning. Welcome to Sunday Blog Share. Today, we’re going to discuss the psychological thriller. A story that depends on the reader understanding how the action unwinds and sets up the events that are occurring in a logical sequence.
Blaze A Team Omega Thrilleris about overcoming the odds, of stopping out of control wildland fires. It’s also a story about overcoming the sense nothing you do will change the present and might adversely affect the future.
Dakota Henderson has a great team. She has backing from most of the Elementals around her, except those led by Brooks, which includes the parents who abandoned her long ago. Her life is anything but charmed yet she works as hard as appearing she’s fine as she does at protecting humanity.
Blurb
A scream for help…
Flames racing to devastate homes and forests…
Elementals rise up and assist in putting out the fires…
Voices cry out in fear and panic. Evacuations are threatened by out of control wildfires. Forest fires explode into existence throughout the Golden State. Flames scorch hopes and dreams. Citizens perish. Homes vanish under the fiery onslaught. All hope seems lost…
Into this maelstrom, a group of men and women work to control the wildfires and find a cause. They don’t quit, they don’t back down, they seek an end to the destruction. Despite their best efforts, they are stymied by a faction of their organization. These people are willing to do anything at all, even cause panic and disaster, in order to be acknowledged as the best in their field.
These aren’t ordinary people. They’re gifted with powers to control the elements of Earth, Wind, Water, and Fire. But they are divided, which weakens them when they need to be their strongest.
Can these heroes stop a disaster? 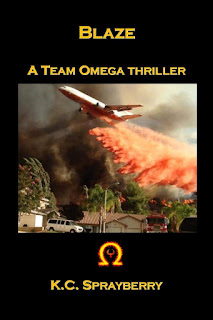 eBook
Print Book
Excerpt
Courage lives within her soul. She doesn’t believe in herself much and yet she trusts her instincts. Fires have ravaged the state she calls home for far too many years. The equipment is old. Those tasked with extinguishing these wildfires are worn to a frazzle. Funds to give them what they need to make a difference, to save homes and woodlands, are stretched thin.
Carr was such a mess. The team there—Brooks’ team, Alpha—only made things worse. I swear he created the winds that caused the firenado. If only I could prove that…
Dakota Henderson watches out the window of her personal G650 jet, an aircraft very few know she owns. Those very few are also privy to the extent of her financial riches, an embarrassing situation for her if anyone else were ever to discover exactly how much is in her accounts. 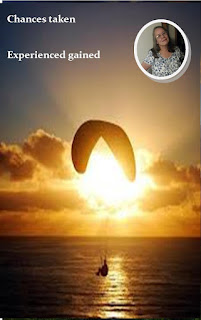 About K.C. Sprayberry
Living a dream she’s had since she first discovered the magic of books. K.C. Sprayberry traveled the U.S. and Europe before finally settling in the mountains of Northwest Georgia. She’s been married to her soulmate for nearly a quarter of a century and they enjoy spoiling their grandchildren along with many other activities.
A multi-genre author, K.C. Sprayberry is always on the hunt for new stories. Inspiration strikes at the weirdest times and drives her to grab notebook and pen to jot down her ideas. Those close to her swear nothing or no one is safe if she’s smiling gently in a corner and watching those in the same room interact. Her observations have often given her ideas for her next story, set not only in the South but wherever the characters demand they settle.
Find out more about my books at these social media sites:
Facebook Twitter Goodreads Amazon Author Page
Google + Pinterest Manic Readers AUTHORSdb
Authorgraph Email
Original link