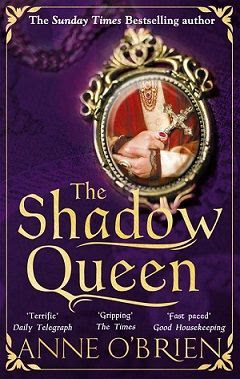 New on Amazon UK and Amazon US
and Goodreads
The Shadow Queen tells the story of Joan of Kent, a tale of treachery, power-hungry families and legal subterfuges, in which Joan, a woman of considerable charm and beauty, played a central role at the Plantagenet Court.
‘What would enhance the pattern of my life further? One word slid into my
mind. A seductive word. A dangerous word, perhaps, for a woman. Power.’
From her first clandestine marriage Joan of Kent’s reputation was one of scandal and rumour. Her royal blood made her a desirable bride, but her ambition and passion could become a threat to the stability of the Plantagenet dynasty.

Joan knew what she must do to survive, the political games to play, the alliances to make, even if one man would always have her heart. But would her ambitions bring her happiness?

A dramatic story of love and loyalty and of the cost of personal ambition, this is the story of the woman who would ultimately seek power as the mother to the ten year old King Richard II, from the shadows of the throne.

The Shadow Queen breathes life into this remarkable medieval woman, Joan, The Fair Maid of Kent 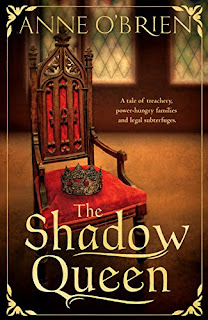 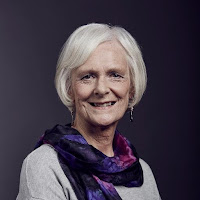 Anne O’Brien was born in West Yorkshire. After gaining a BA Honours degree in History at Manchester University and a Master’s in Education at Hull, she lived in East Yorkshire for many years as a teacher of history. She now lives with her husband in an eighteenth-century timber-framed cottage in the depths of the Welsh Marches in Herefordshire, on the borders between England and Wales, where she writes historical novels. The perfect place in which to bring medieval women back to life.  Find out more at Anne's website: http://www.anneobrienbooks.com/ and find her on Facebook and Twitter @anne_obrien.
Original link

Facebook Twitter LinkedIn Pinterest
How do you feel about this post?
Happy (0)
Love (0)
Surprised (0)
Sad (0)
Angry (0)
Tags:
New Amazon UK Goodreads Shadow Queen story
What if you had the ability to see something that ...
Character Interview With Galye Leeson's Amy Flower...

A Dialogue on Morality

Reviews & The Hating Of Goodreads.

Now out in paperback: Swords and Swordsmen, by Mike Loades