Book Review ~ Arthur and the Kings of Britain: The Historical Truth Behind the Myths, by Dr Miles Russell 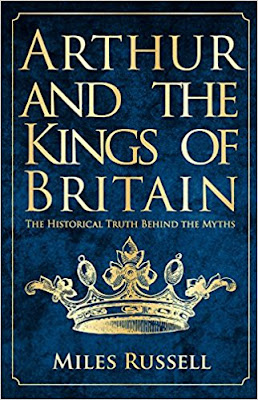 New on Amazon UK and Amazon US
I've always had a fascination with the 'Dark Ages' and look out for new discoveries, so was keen to read this book from Dr Miles Russell.  I don't suppose we'll ever know how much of the Arthurian legends are based on fact, although there is some analysis here about the Historia Regum Britanniae (History of the Kings of Britain), which places King Arthur's possible origins in context and suggests we should at least keep an open mind.
The subtitle is The Historical Truth Behind the Myths, and Miles Russell prefaces his book with a thought-provoking quote from Michael Wood:
"The continued retelling of the story in the folk tradition has produced its own narrative, accumulating fabulous detail over many centuries, ending up far more wonderful than historical fact, but in some mysterious way reflecting a kind of crystallised essence of the original story."
I was intrigued with the theory that the  British monarchy might owe more than we expect to the Trojan Brutus, and there are some interesting ideas about the origins of London which I've not seen before.
This book also adds weight to the works of Geoffrey of Monmouth as and the re-evaluation of what has previously been dismissed as myth and legend. Recommended for anyone who'd like a better understanding of the early kings of Britain.
Tony Riches
# # #
About the Author 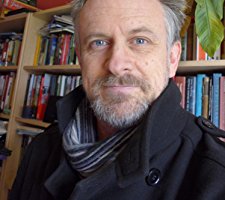 Dr Miles Russell is a senior lecturer in prehistoric and Roman archaeology at Bournemouth University in the UK. He has worked as a field officer and project manager for the UCL Field Archaeology Unit, the Oxford Archaeological Unit and Bournemouth Archaeology on sites across Southern England, Wales, Scotland, the Isle of Man, Germany, Sicily and Russia. He is currently researching prehistoric monumental architecture, archaeological hoaxes and Roman imperial statuary. He is co-director of the Durotriges Project and REGNVM investigating the transition from the Iron Age to Roman period in SW and SE Britain. Miles is a regular contributor to television and radio,  and the author of fourteen books.
Disclosure: A review copy of this book was kindly provided by
Amberley Publishing
Original link