Book review: Running Back in Time by Dr Zeev Gilkis 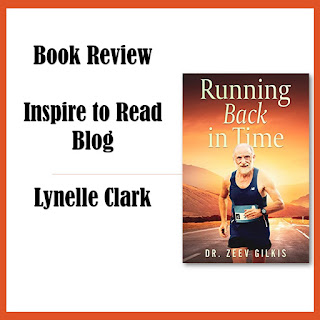 Dancing, running, surfing, biking, diving, swimming, and skiing… just to read this book makes me excited and tired (whispering). To think of competing in a triathlon at any age is tiresome but to do it at the age of 65 is almost unheard of. Here is a man 12 years my senior doing all of the above with so much energy that I feel ashamed of my own efforts.

Facing some health problems, he approached it more like a hurdle and adjust his eating and exercise habits in such a manner which only propels him forward. Investing in himself is cardinal to meeting his goal and you can clearly see the results through the many pictures added. I am amazed how in tune he is with his body; every message of his body adhered to and adjusted to achieve his goal.

“Am I enjoying this moment?” a determining factor in his life and how he lives.

His positive outlook is absolutely remarkable. In a conversational way, Dr Zeev tells about his daily routine, his preparations for the different events, and his feelings after the race. An open book filled with nuggets of wisdom and insights into his life. He hides nothing of his difficulties but shares it from a scientific viewpoint while focussing on the how in a positive way. Unblemished and clear you understand his reasoning and the results speak for themselves.

I cannot help but feel encouraged and mesmerized by his way of life and the method he follows. His analytic approach helps us to understand this path more deeply.

He is clearly a proud man that lives his life as he pleases, but humble in so many ways. I didn’t get the idea that he tried to show off his superior knowledge with me. It was more like a show and tell that opens his world to me with a greater depth you get from similar books.

The pictures added an extra layer to his story which I really enjoyed. His trips to India and his meditation breakaways, reveal his spirituality and the importance of a well-balanced person. Balancing is an art form, he perfected with positiveness. His extensive knowledge improves his ideas with finesse as he explains it while keeping it lively and to the point.

“I feel my body, observe it as it moves, almost effortlessly, almost by itself. But I also “feel” the road. Is an everyday way of life to him.

There are so much that we as the younger generation can learn from him. His knowledge and wisdom an eye-opening experience that makes you think.

I wish you luck Dr Zeev. I know that the next year and the marathon will be a wonderful success.

The quote below is attributed to Marilyn Monroe:

“The sky is not the limit. Our mind is.”

Everything originates in the mind.

There are moments of doubt, and whether I continue or not, go for it and fight or give up, depends only on my determination. Determination is ruled by the mind. I owe all my sport achievement to the mind first. Pursuing training is the result of the mind’s decision.

Our well-being is built on four pillars: physical activity, proper nutrition, social life (friends, family, and community) and mental or spiritual attitude. Most people believe in God and that can definitely be helpful when they are true believers and their faith is deep and strong. For many it is just habit, something shallow, not having much significant impact on their lives. In modern times, in the Western World, many ancient Eastern techniques have been introduced that are greatly contributing to the quality of life of many people. I’m one of these. I learned Transcendental Meditation (TM), as taught by Maharishi Mahesh Yogi, when I was 27 and it has changed my life. It has given me greater peace of mind, short periods of effective rest during the afternoon, that enable me to perform well for the rest of the day, a “shrink” in times of crisis and a great tool for dealing with stressful situations. It has also opened for me a window into the spiritual world. 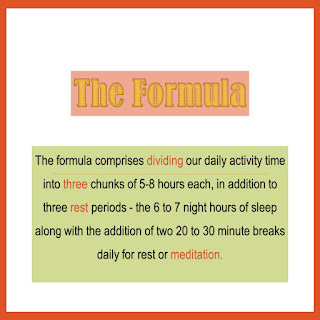 Running an 18K Run for the First Time!

September 4th. My first 18K! Really not easy… Various parts of my body seemed to wake up and start complaining and making demands. Some of my pains left as quickly as they arrived while others of varying intensity decided to stay. An interesting process of getting to know one’s body… I liked the second part of the run better. The beginning is always more difficult, the brain probably needs time to understand what I am demanding of it and of my body… And there are always fears and doubts, just what pains will I be experiencing this time…?

In the past, I would finish each run with a sprint, I really enjoyed it. I like speed. But now, when the goal is to cover greater and greater distances, I prefer to slow down at the finish to take it easy. The idea is to not feel completely exhausted at the end but still able to run. The logic behind this is as follows: I could run that distance and I wasn’t exhausted at the end. Therefore, I can run even more! Next time adding 500 meters, or even more, shouldn’t be an issue! So far it has worked. In mathematics it’s called coming to a conclusion by induction. According to this math logic, I can run forever. We will see. 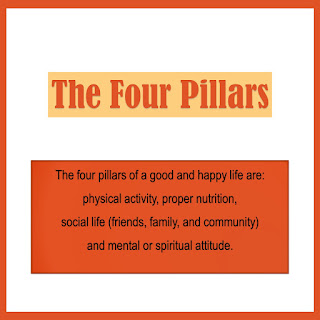 I don’t take for granted my returning at age sixty-eight and a half, to again compete in a triathlon, with full Olympic distances:

1.5 kilometers swimming in the sea

It was a long swim, it felt like it would never end. At the end the Garmin (my sport watch and best buddy) showed that I had swum 2,250 meters, which is fifty percent longer than the Olympic distance! After the competition, the organizers admitted that the distance had been 2 kilometers instead of the required 1.5, because the buoys had drifted out with the current… The other 250 meters I added because I had failed to swim in a straight line and had deviated from one side to the other, especially when returning to shore, I had been blinded by the sun. I concluded that it is important to swim straight– the shortest distance. I will have to give this priority and to work on it. The biking was good; my average speed was 26 kilometers an hour with a total time of an hour and half. Because of the heat, the run was reduced to 5 kilometers. I eventually finished it with 3:03, still a reasonable time.

At the closing ceremony, I was surprised when I was recognized as #1 in my category. 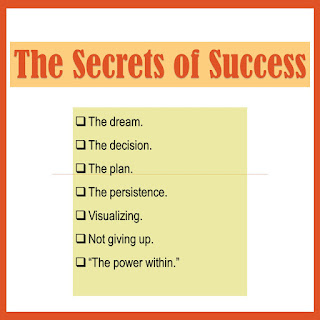 At the age of 68, while still recovering from his second knee injury, Dr. Zeev Gilkis decided to give himself an unusual present for his 70th birthday.

He dreamed of running a full Marathon, and completing the seventh decade of his life seemed to him the ideal timing to do so.

Perhaps this ambitious goal wouldn’t have been so unusual, had he been a very physically active person in his younger years. But Zeev is a cancer survivor who began his ‘career’ in sports relatively late, in his mid-sixties.

As two years is a long time, he set a milestone for his 69th birthday: to go mid-way - running a half marathon.

Along with his plans and dreams he kept a diary where he recorded the ups and downs, practical tips and original thoughts that crossed his mind in this long, challenging journey.

Join Zeev in this adventure and discover that age doesn't matter. You too can achieve anything you truly dream of.