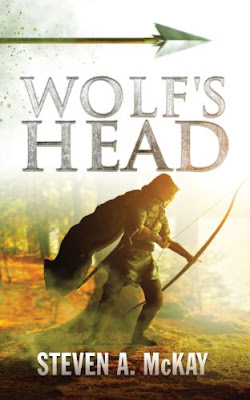 Available on Amazon UK and Amazon US
After viciously assaulting a corrupt but powerful clergyman Robin Hood flees the only home he has ever known in Wakefield, Yorkshire. Becoming a member of a notorious band of outlaws, Hood and his new companions – including John Little and Will Scaflock – hide out in the great forests of Barnsdale, fighting for their very existence as the law hunts them down like animals. When they are betrayed, and their harsh lives become even more unbearable, the band of friends
seeks bloody vengeance.
I’d been intrigued by the success of Steven A. McKay’s Forest Lord series so decided it was time to take a look. The ‘Forest Lord’ in question is Robin Hood, and the story has been told countless times since medieval ballads. I was amazed to see the list of TV and film versions has more than I can be bothered to count, and ranges from a Disney cartoon version to a squeaky-clean Kevin Costner in ‘Robin Hood: Prince of Thieves’ and a more earthy Russell Crowe as ‘Robin Longstride’ (complete with Australian accent.)
I’m pleased to say Steven McKay’s series is a masterclass of how to breathe new life into well explored stories. He handles the multiple characters with the skill of a forest archer, picking his moment to surprise the reader. I liked the historical references to the Lancastrian revolt that provide a backdrop to the narrative and found his reading style engaging.
There must be something we can all identify with in the story of Robin Hood, a universal battle for fair treatment in the face of overwhelming odds. Steven A. McKay doesn’t flinch from the darker side of the tale and this is a series I’m happy to recommend.
Tony Riches
# # #
About the Author 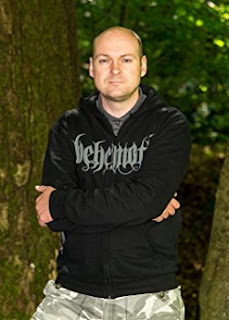 Steven A. McKay was born in Scotland in 1977. His first book, Wolf's Head, came out in 2013 and was an Amazon UK top 20 bestseller. Blood of the Wolf is the fourth and final book in the Forest Lord series. Steven is currently researching and writing a brand new tale - tentatively titled "The Druid" set in post-Roman Britain. He plays lead guitar and sings in a heavy metal band when they can find the time to meet up. Find out more at his website
https://stevenamckay.com/ and find him on Twitter @SA_McKay.
Original link