Books (and art supplies) for fighting

I’m reading a lot about writing these days.
Helps keep my mind off the Italian political situation.
But let’s not get into that.
I’m re-reading a number of books about fighting – because the sort of stories I write sometimes… heck, often feature a few rounds of fighting.
Bladed implements, usually, are involved.

And I’m not very good at writing fight scenes.
But I’m improving, and here’s my essential bookshelf of fighting references for writers.

Curiously enough, my two favorite writing handbooks about fighting are written by women – which might sound, I guess, as a sexist observation, but really it’s not.

Rayne Hall’s Writing Fight Scenes is concise, fun and very useful, as it analyzes the physiology and psychology of hand-to-hand combat before it gets to work on the matter of putting the fighting on the page.

Marie Brennan’s Writing Fight Scenes is written from the point of view of a martial artist and a fight choreographer that also writes, and it’s clear, simple and very hands-on. Also, it uses examples from The Princess Bride, which is certainly a plus.

Both books are quite useful as they help connecting the realities of fighting with the writing mindset – because you don’t need to be a fighter to write about fights, but you need to be a writer.

Indeed, the idea that reading old swordplay treaties from the Renaissance is certainly fun and interesting, but it is not what a writer needs when going about the business of writing a fight.

This said, my third reference is a book I already mentioned in the past, I am sure, being Richard Cohen’s By the Sword: A History of Gladiators, Musketeers, Samurai, Swashbucklers, and Olympic Champions, that is not aimed specifically at writers, but is a very nice, thorough and fascinating overview of the development and use of the aforementioned bladed implements, and the mindset of those individuals that use them. I own a second-hand, blood-splattered copy of the hardback edition of this one, and it’s a nice conversation piece, as you can imagine – but also, this is a great read. 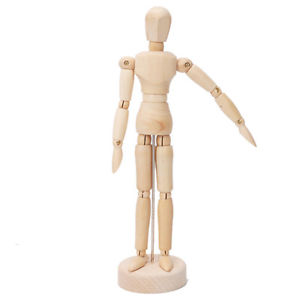 As I mentioned in the past, I also follow a few vloggers in the HEMA/historical reenactment field, and their Youtube channels are great for a quick fix on specific topics.

Also, something I find quite useful when choreographing my fights, is a painter’s articulated manikin – to try those moves I can’t try on my brother.

And of course I watch a lot of old swashbuckler movies.