Let’s talk about names.
And not just any name – primitive names.
Names for cavemen – and I don’t mean Fred Flintstone and Barney Rubble.
My primitive fantasy story requires a hero, and a heroine, and what else… and if I have a way to play fast and loose with Atlanteans and Lemurians and assorted campers, the name of the hero is too important an element to improvise.

So, for “lost civilization” cultures, I’ll use a few Minoan names, shuffling a few consonants about.
And if Didikase and Kubaba are a silly name for bad guys, Kitanetos might work with a little adjustement.
And the female name Kitane is quite good.
But when it comes to the primitive Homo sapiens, that’s a territory that’s been explored in the past, and it’s hard to be original and effective.

Consider Manly Wade Wellman’s Hok the Mighty.
Now that’s a good name.
Hok is short and guttural, but still sounds similar enough to hawk to carry a lot of meaning.
Add to that The Mighty and you are done.
Nice and smooth.

Brak the Barbarian does not play in the same league as Hok, but is certainly akin linguistically: short, one-syllable name, with a final K, plus a qualifier.

The K seems to be the brand of the primitive in fantasy: One Million Years BC featured Akhoba, Tumak and Sakana, while the women are called Loana and Nupondi (”the Wild One”, sounds like my kind of girl). 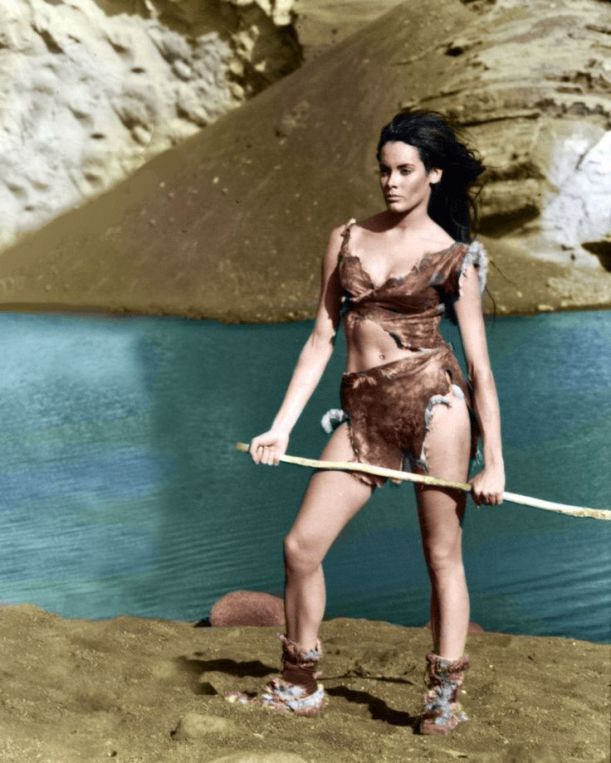 In When Dinosaurs Ruled the Earth we have Kingsor, Khaku, Kane, Ayak, but also Tara and Sanna.
The main male characters in Creatures that Time Forgot are called Mak and Toomak, and the women are called Nala and Noo. There is also a Rool, but he’s a scumbag. 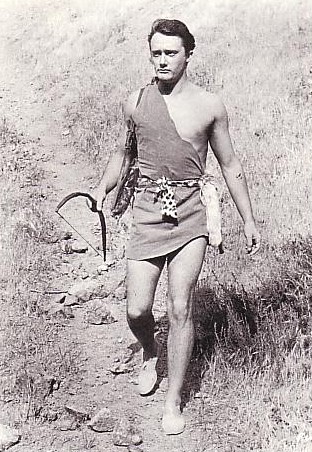 In Quest for Fire we get characters called Amoukar and Ika, Lakar, Hourk, Mikr.
And in 1981 Caveman Ringo Starr portrays a character called Atouk, in a tribe that also features Ruck, Flok, Kalta and Bork. But after all it was played for laughs.
The characters in Teenage Caveman had no names, but only professional titles: symbol maker, fire maker, etc. But let’s admit it, that movie sucked big time.

So here I sit, with my character that will be probably known as “son of the fire-maker” and possibly as “the Clever” (with a wink and a nod to Jack Vance), but still needs a first name.
I’ll sleep on it.