Good morning and welcome to Monday Blogs. Today we’re talking about contest scams, and telling the difference between a valid contest and one that’s a scam.
On Christmas Day, many indie authors, including me, received an email from New York Literary Magazine, saying their short story had been nominated for a Best Short Story Award. I gave the email a cursory glance and immediately deleted it. Why? Because it didn’t ring true. I hadn’t entered any type of short story contest and figured this was a way to make me enter a short story in a contest I had no clue if it was legitimate or not.
Imagine my surprise when I noticed my Twitter feed blowing up a few days later, with authors calling this contest a scam. People who had entered talked about a fee. Only so many stories were being accepted, despite the number of authors invited to be part of it. Deciding I’d dodged a major bullet, I ignored those tweets and dove into my latest book. It was far more interesting than spending all day on Twitter watching the “don’t enter this contest, it’s a scam” action. Great that these authors were banding together and identifying a scam but my focus was on my new book. I was at a pivotal point and wanted to get past that, in order to delve into the action.
Less than a week after receiving the first email, another email appeared in my inbox. This time, it was from New York Literary Magazine. The content was a very long apology and explanation about the contest. It appears the staff of this magazine decided to appease the author community and explain their actions. Instead of contacting authors directly in the first place, they’d outsourced the announcement to an overseas location and let them run with it.
That was a massive mistake as it turns out. The wording on the original email from the overseas company was such that every author who received the invitation immediately thought “SCAM!” In reality, the contest is valid but not tainted by the lack of planning by a reputable magazine. Trust was lost by authors, including those who paid the fee and entered.
A word about contests. Most have fees to enter them. Some of those fees are realistic but others are very high. As in any other method of getting our work noticed, authors needed to carefully research the contests they enter. Look over your budget and see if you can afford a fee larger than $50. Talk to people who have entered these contests and see if it’s worth the money. Check out the judges and if you happen to known one, or are a friend of a friend of a judge, ask what fees the judges are paid. All of this will tell you if the contest is worth entering.
As in every other thing authors do in their quest to have their work accepted, we need to thoroughly check out what contests we send our books and short stories to. Don’t depend on an explosion on Twitter to tell you if something is off. Do your own research. 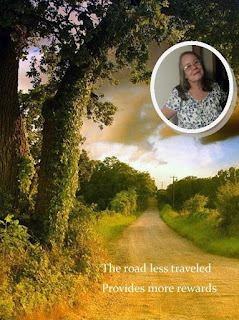 About the K.C. Sprayberry
Born and raised in Southern California’s Los Angeles basin, K.C. Sprayberry spent years traveling the United States and Europe while in the Air Force before settling in northwest Georgia. A new empty nester with her husband of more than twenty years, she spends her days figuring out new ways to torment her characters and coming up with innovative tales from the South and beyond.
She’s a multi-genre author who comes up with ideas from the strangest sources. Those who know her best will tell you that nothing is safe or sacred when she is observing real life. In fact, she considers any situation she witnesses as fair game when plotting a new story.
Find out more about my books at these social media sites:
Facebook
Twitter
Website
Goodreads
Amazon Author Page
Google +
Pinterest
Manic Readers
AUTHORSdb
Readers Gazette
Instagram
Original link