Romance
Uvi Poznansky
Ashley finds herself in the ER diagnosed with coma. She has no memory of what has happened to her. Despite what everyone around her may think, Ash can listen to the conversations of her visitors. One of them in particular strikes her as a possible suspect in her recent rape.
For Ash, there is little time to gather clues: blackouts are happening not only in the hospital but in Irvine and other places in California, and the Russian hackers who are intent on sabotaging the power grid are trying to blackmail her boyfriend, Michael, into helping their cause. And what better way for them to do it but by kidnapping her?

In designing the cover for Coma Confidential, I wanted Ash to direct her gaze at you, so that her story can be told in the most intimate way, even if no one else but you can hear it. I imagined her floating in a neural network, half submerged. Here she is, describing it in her own words:

I feel like a fish in a fishbowl, hovering just behind the glass, watching them watching me. Correction: Since I can’t see, my fishbowl is opaque. All I can do is listen to them watching me.
Dr. Patel explains to his audience that in my state, I can’t open my eyes. He adds that in the second stage of comma, also known as vegetative state—which unfortunately, I have yet to reach—patients may open their eyes, but they can’t interact with others. They can’t talk.
Too bad. I have a long way to go before I can be called normal.
How does he classify patients who can, somehow, lift their pinky toe? That’s the one thing I’d like to know. Can someone raise this question with him?
No. Nobody does. Dr. Patel goes on lecturing his students about the brain, about improving the efficiency of neurotransmitters in it, which allows signals to pass from one neuron to the next across contact points called synapses. At first I find myself bored.
I would yawn, if only I could.
Then, his presentation conjures up an image in my mind. I picture myself half submerged in the neural network of the brain. It looks like a fishnet, where a million squiggling limbs have been swept up, limbs that are visible not only at the upper surface but also down there, at layers beneath layers of its depth.
Nerve signals are shooting around me every which way, traveling across the contact points between one limb and another. Limbs and synapses, synapses and limbs, with no limit but imagination.
I know that what I’ve created in my mind is not real—but even so, it overwhelms me. Caught in the fishnet, I struggle for air. An unexpected tide rises around my face, my nose. It’s touch and go. I may drown, or I may float over this constantly wriggling neural network and manage, somehow, to live on. 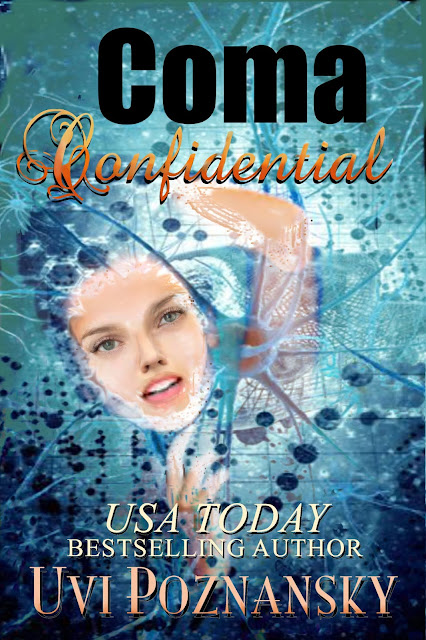