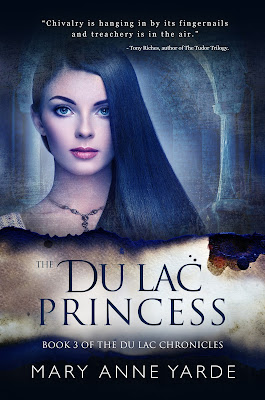 War is coming…
The ink has dried on Amandine’s death warrant. Her crime? She is a du Lac.
All that stands in the way of a grisly death on a pyre is the King of Brittany. However, King Philippe is a fickle friend, and if her death is profitable to him, then she has no doubt that he would light the pyre himself.
Alan, the only man Amandine trusts, has a secret and must make an impossible choice, which could have far-reaching consequences — not only for Amandine, but for the whole of Briton.
Book Extract:
“This isn’t a laughing matter,” there was censure in the monk’s words.
“If I don’t laugh then I am going to cry. I have been made to feel like a sinner even though I haven’t sinned, not really. I am a woman without hope and without any friends or family. I have lost everyone I ever loved, and now you tell me that life is going to be difficult. How much more difficult can it get?”
“The Pope has condemned you with Bell, Book and Candle,” Brother Daniel stated. “But that is not all. The Abbot made sure that the Pope was all too aware of your crimes. I am sorry, Amandine, but the Pope will never welcome you back into the Church.”
Amandine gasped, her laughter faded and any colour that was left on her face vanished. “What?” her voice was quiet, barely audible. “But I thought…all the penance. I thought… Tell me it isn’t true.”
“You are damned,” Brother Daniel confirmed. “No one will want you, neither man nor Church. You are completely at the mercy of Philippe. But rest assured, I believe he has every intention of protecting you. I will not lie to you, my dear, you will be shunned, even with the King’s support. The chances of you marrying again are very slim.”
“I wasn’t looking for a new husband,” Amandine said as she tried to make sense of Brother Daniel’s words.
“It also means that you will never be able to leave the protection of the castle. The protection of this room.”
Amandine scoffed with realisation. “I am to be Philippe’s prisoner? Why don’t you just say what you mean?”
“You are not his prisoner, think of it as being his special guest. This is for your own protection. Many would see you hang or worse. I have spoken to the King. Alan will be in charge of your safety from now on. Philippe thought you would find no fault in that, as you and Alan appear to be on good terms. Amandine, you must understand there are many who saw what you did the day Merton died. They saw how you were dressed in his clothes. They saw how you threw yourself at him. How you got down on your knees and begged the King for mercy on Merton’s behalf. They saw how Merton reacted when you were threatened. And those who didn’t will have listened when the Abbot condemned you. You are a fallen woman, a threat to their good Christian souls. Our main concern now is keeping you alive. You must never leave this room. Ever.”
“But I thought—”
“That you were doing penance? So you have said. Did you really think that the Abbot was going to pardon you of all your sins? Oh, Amandine, you are not stupid. He was never going to give you absolution.”
Amandine shook her head, and she began to wring her hands together in despair.
“You must be strong,” Brother Daniel reached across and stilled her hands with his. “And brave. Just like our Lord Jesus was in those darkest of days. Remember, he too was condemned for a crime he did not commit.” He smiled at her and squeezed her hands. “I must leave you now. I shall make sure some food is brought up, but it will be tested before you eat it, so do not fear about being poisoned.”
“Poisoned?” Amandine gasped, she had not even thought of that.
“You need to rest and regain your strength.” Brother Daniel rose to his feet and smiled down at her. “I will be back tomorrow to listen to your confession.”
“If I am damned, then what need do I have to confess?” Amandine asked, staring defiantly back at the monk. “Besides,” she looked away, “I consort with demons. I am evil. I am a sinner. My soul will burn in Hell. I will be damned forever—”
“Ask for mercy, and you will receive it,” Brother Daniel stated, interrupting her.
“I have,” Amandine challenged back, “and look where that has got me.”
# # #
About the Author 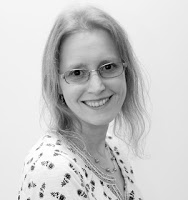 Mary Anne Yarde is the Award-Winning author of the International Best Selling Series — The Du Lac Chronicles. Set a generation after the fall of King Arthur, The Du Lac Chronicles takes you on a journey through Dark Age Briton and Brittany, where you will meet new friends and terrifying foes. Based on legends and historical fact, The Du Lac Chronicles is a series not to be missed. Born in Bath, England, Mary Anne Yarde grew up in the southwest of England, surrounded and influenced by centuries of history and mythology. Glastonbury--the fabled Isle of Avalon--was a mere fifteen-minute drive from her home, and tales of King Arthur and his knights were part of her childhood. Find out more at her blog https://maryanneyarde.blogspot.co.uk/ and follow her on Facebook and Twitter @maryanneyarde.
Original link