Did your energy match with a social community? 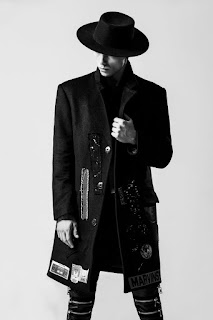 It is not an accident that people treat each other differently. What kind of reaction you get, it depends on how you behave or does your energy match with another's person energy.
Some people can't stand you at first sight. Simply, there is something which reminds them of someone else or your personality is in general not desirable. I know a woman from my neighborhood who loves cats, but she is very irritating. She did not do anything bad to me, but her voice and appearance irritate me.
Imagine a situation when a guy treats you bad, but he adores another woman. It is because you press his "bitch button" even you are not aware of this.
Laura was not favorite at her workplace. She was almost antisocial because she could not fit in this community. Women were talking about hairdressers, recipes for cakes or weather, they asked her about possible pregnancy and commented on her unusual clothes. Laura was pretty, but not popular because she was on distance, silent and sassy if someone would provoke her. She was alone in the line of business restaurant, waiting for lunch since others were sitting together around the same table.
One day waiting in the line was unbearable, she lost almost a whole lunch pause, waiting for her turn. She noticed two guys who were joking about the meal, they described meals like the product of unknown animal species. Laura accepted this joke and said that she hopes to survive lunch break.
Next days she commented more and guys invited her to sit with them to their table. She was not pushy, she was just spontaneous and natural and guys liked her sense for humor.
Finally, she found people who understand her sarcasm, besides, her energy matched with theirs.
Why we can't stand each other like humans and why people finish isolated in social communities?
I will try to explain this from my experience.
You don't smile at other's jokes because you find it boring and corny.
You don't give compliments to others because you think that hypocrites do this.
You don't like in generally loud people, people who are bossy to others and egocentric.
You don't want to obey to so-called leaders.
You don't find common interests with them.
Intelligent people will understand if you hardly fit in if you don't feel comfortable or you just want your space. Limited people will give you labels. They will say that you are insecure, a loner, a weirdo or just a pretentious.
The point is to find your circle but to find the right circle you must spend time in many wrong circles to know what you really want.
Original link
Original author: Kristina Gallo

More posts from author
Thursday, 02 April 2020 Control your feelings in quarantine
Thursday, 12 March 2020 If a man respect you before sex, he gets you seriously
Wednesday, 19 February 2020 Don't give up on your dream because someone gives you useless tips