Dr. Hydenberg, Shallow Hill, and Creatures of the Night

Good morning and welcome to Sharing Saturday. This month, we’re focusing on paranormal books. There will be a lot of visitors making an appearance but on Sundays and Tuesdays, this blog will be all about things that go bump in the night!
Ghosts, ghouls, demons, you name it and I find it fascinating. Anything that can’t be proven becomes a story in my head, a way to explain those mysterious bumps in the night or things moving when no one is near them. Oh, I’ve heard all the explanations about how it could be cars driving past or a minor earthquake—good luck proving the second one to me. I can feel earthquakes, having grown up in an area where they abound.
Welcome Jeffery Martin Botzenhart to the blog today. He’s here, talking about his books, Dr. Hydenberg, Shallow Hill, and Creature of the Night. 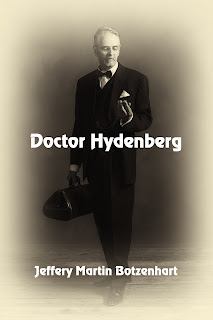 Get the eBook on Amazon
Get the print book on Amazon
Blurb
Doctor Hydenberg has a theory.  Not only does the human mind hold memories of people and places seen, but he believes the human eyes have the capacity to retain these same memories.  What if a dead person's eyes could be harvested and given to a new host?  And what if this new host had the unique ability to read and see his benefactor's memories?  Unimaginable?  Perhaps not if the right host can be found. 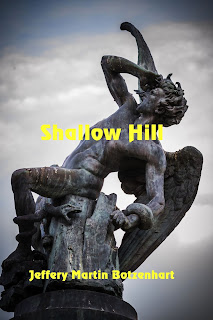 Get the eBook on Amazon
Get the print book on Amazon
Blurb
Beneath the crisp white snow crowning the headstones of Shallow Hill, restless spirit voices echo warnings of danger.  Brianna's gift of conversing with the dead is tested to its limits when the man she loves falls victim to those suffering minds warped by greed and sadism.  In waging battle against these all too human demons to save him, the once hallowed graveyard grounds alters its serenity when tainted by horrors and perversions, offering no escape for some. 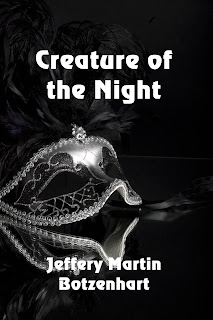 Get the eBook on Amazon
get the print book on Amazon
Blurb
Some souls were not meant to lead lives in the sun.  They remain hidden within dark realms in fear of being seen and misunderstood.  That is Ian's fate after suffering at the hands of a demon blinded by rage and sorrow.  Yet there exists a threat in the light, spreading lies driven by fear in warning others to be weary of the unknown prowling the depths of the forest.  The unyielding belief in the justification of cruelty in seeking to end that which has been branded as profane proves all consuming.  When entering the forest after twilight to pronounce final judgement for those in hiding, the threshold of good versus evil is blurred by the righteous.  And thus the question may be asked.  Who is the true creature of the night?
About Jeffery Martin Botzenhart
I was born in Warren, Ohio in November 1967.  I grew up in Southington, Ohio with two older brothers.  After graduating from Chalker High School in 1986, I went on to earn a Bachelor of Sciences degree in International Relations from Kent State University.  I'm married and have three sons. Painting and coaching soccer for autistic kids are my passions away from writing.  And yes, I am extremely boring.