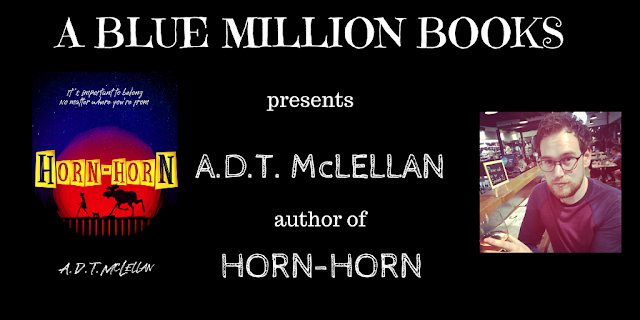 When teenage loner Cassie Gellar moves with her hippie parents to the seaside town of Horn-Horn, she finds herself at odds with the battling cliques at her new school. There's Eleanore Parker, Principal's daughter and social butterfly. Then there's Hayley and the 'backseater' misfits. 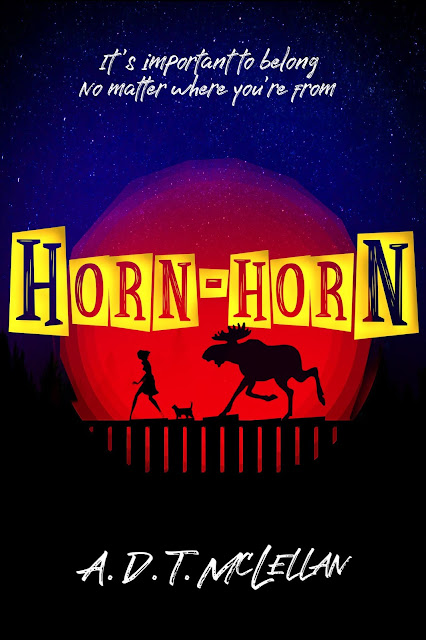 LOVE IT OR LEAVE IT WITH A.D.T. McLELLAN

A few of your favorite things: movies and books, Simpsons and James Dean.
Things you need to throw out: the books on my bookshelf. Decluttering the house is taking me decades.

Things you need in order to write: a vision and a passion. Nothing else! I don’t set goals or plans because my brain is inherently against all forms of rules & regulations.
Things that hamper your writing: drinking too much Vanilla Coke. TV, any form of noises… sometimes music. I suffer from misophonia, and it is a royal pain in the bum.

Things you love about writing: I love the unexpectedness. People tend to think that authors don’t get to enjoy the stories they tell — but I certainly do. I never know where the story will end up, even if I plan things out. It’s the best part, the randomness. At least for me.
Things you hate about writing: the amount of infinitesimal spelling errors I seem to miss the first two-hundred reads. Also how draining it can be sometimes. You don’t realise until you take a break from it, but your mind is on a constant spin while writing.

Things you love about where you live: the autumn is pretty. Very Massachusetts.
Things that make you want to move: it’s a small town, with not many like-minded people around.

Things you never want to run out of: Vanilla Coke, movie popcorn… also oxygen, I suppose.
Things you wish you’d never bought: about fifty books. Fun fact: a few years ago I was in a transition period from books to kindle, but every time I went past a book store I’d have to go in and then I would have to buy something. Then I would go home and buy the kindle version and put the book on the shelf! So stupid, honestly, but buying books is classed as an illness. It’s in the science books, you know.

Favorite foods: pizza of nearly any kind, movie popcorn, garlic bread.
Things that make you want to throw up: anchovies, peanuts, and . . . mushrooms. I ate mushrooms until I was four, when I saw the elephant king in Babar eat a poisonous one and die… 31 years later and I still refuse to touch them. To be fair, it’s like swallowing mucus.

Favorite song: “Dreams to Dream” by Linda Ronstadt.
Music that make your ears bleed: heavy metal music, anything new on the pop scene (Billie Eilish and other bands that add extra vowels to words in an attempt to sound like Swedish school children).

People you’d like to invite to dinner: Florence Pugh is gorgeous and funny. Maybe the late James Horner could join us.
People you’d cancel dinner on: Leonardo DiCaprio.

Favorite things to do: there’s really nothing more refreshing than an accidental 7-hour nap in the middle of the day.
Things you’d run through a fire wearing gasoline pants to get out of doing: I hate cleaning my room. I absolutely hate it. It will be a problem I have more the rest of my life, even if I get a maid.

Things that make you happy: I’m visiting the Gilmore Girls set in May, and going to Salem. That’s it for me! I can die happily after that.
Things that drive you crazy: when people who are really into politics continue to talk politics to people who are not interested in politics. Like… we get it, it’s important, but so is the re-recording of Herbert Stothart’s classic The Wizard of Oz soundtrack. It’s all about perspective.

Proudest moment: making my mother cry (hearing some of my music).
Most embarrassing moment: ages 9 to 14.

Biggest lie you’ve ever told: when I was little I really wanted a brother, so I told everyone in show & tell one day that I’d had a brother named Daniel but he died. My teacher gave her condolences to my mum, so that was awkward.
A lie you wish you’d told: I can’t think of a lie, but I wish I’d told a few teachers where to go.

Best thing you’ve ever done: adapted a twenty-page story from 1997 to a book in 2017.
Biggest mistake: Not doing it sooner.

The last thing you did for the first time: wrote out answers for an author Q & A.
Something you’ll never do again: I’ll never drink vodka straight from the bottle again.


OTHER WORK BY A.D.T. McLELLAN 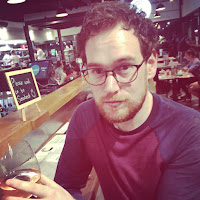 A. D. T. McLellan was born in London in 1985. He studied literature and music, and earned his Diploma of Arts from Victoria University. He currently co-owns a wine bar with friends Carolynn & Peter, but doesn’t drink the profits (he swears). His family also adopted a Golden Retriever. Her name is Cassie.
He lives outside Melbourne, Australia.