After years of suffering under the communist regime in Cold War Hungary, Eszter Turján—fanatical underground journalist—would sacrifice anything, and anyone, to see the government fall. When she manipulates news broadcasts on Radio Free Europe, she ignites a vicious revolution, commits a calamitous murder, and is dragged away screaming to a secret underground prison.

Her daughter Dora, then a teenager, cowers in her bedroom as the secret police arrest her mother. Haunted and hurt, Dora vows to work against everything Eszter believes in. But, it’s not that simple.

After nine years, Dora meets a strapping young fan of Radio Free Europe and is unwittingly drawn back into Eszter’s circle. She finds her mother, driven mad by years of torture, is headed for death.

On the brink of losing Eszter again, Dora must decide if she should risk her life to save the mother who discarded her—or leave it to fate.

On tour with: Pump Up Your Book 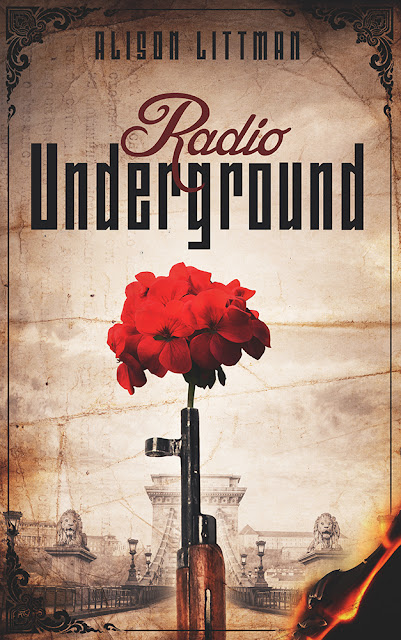 Alison, what’s the story behind the title of your book?
The title refers to the underground radio network that persisted in Cold War Hungary and throughout Eastern Europe until the fall of the Iron Curtain. One radio station in particular – Radio Free Europe – was created by the U.S. to enact psychological warfare on communist nations. It is this radio station in particular that is the catalyst for the novel’s drama.

Where’s home for you?
San Francisco.

Where did you grow up?
San Diego.

What’s your favorite memory?
Probably a cool, coastal-mountain summer afternoon at the camp I went to growing up . . . lounging on the wooden picnic tables with my cabin mates who, to this day, are still my best friends.

If you had an extra $100 a week to spend on yourself, what would you buy?
Glasses. I have nine pairs as it is—they’re like my shoes!

What’s the dumbest purchase you’ve ever made?
A membership to a gym. I’ve never been able to work out indoors, and it took me 100,000 phone calls to cancel the thing.

Who would you pick to write your biography?
David Sedaris.

What do you love about where you live?
Nature! On any given day, I can bike up the cliffs overlooking the Golden Gate Bridge or run through the redwood forests just up the street from me.

Have you been in any natural disasters?
Yes. The Northridge Earthquake in the ‘90s. We lived about 20 miles from the epicenter.

What is the most daring thing you've done?
Once I snuck backstage when the RENT cast was rehearsing in the Nearlander Theater on Broadway. I walked into the theater and just on back there. I ended up meeting the actor playing Mark, and when we saw the show later that night, he invited us back again to meet the rest of the cast.

What is your most embarrassing moment?
I’ll never forget once I pantsed myself in front of my basketball team and coaches when I was trying to take off my sweatpants.

What’s your favorite line from a book?
“So she had to satisfy herself with the idea of love–loving the loving of things whose existence she didn't care at all about. Love itself became the object of her love. She loved herself in love, she loved loving love, as love loves loving, and was able, in that way, to reconcile herself with a world that fell so short of what she would have hoped for. It was not the world that was the great and saving lie, but her willingness to make it beautiful and fair, to live a once-removed life, in a world once-removed from the one in which everyone else seemed to exist.” – Jonathan Safran Foer, Everything is Illuminated

How did you create the plot for Radio Underground?
I found these letters these Hungarian teenagers wrote to a rock ‘n’ roll DJ in the ‘60s. I sat down at my computer one day and started writing as if I were them—talking about listening to the music in secret (rock ‘n’ roll was banned in Hungary), about what career I would pursue if I could do anything and the person I was in love with—and from there, Radio Underground was born.

Are you like any of your characters?
I think aspects of me are in a lot of the characters. Like Eszter, I am passionate to the point of delusion at times. Similar to Dora, I like structure and find comfort in stability. And like Mike, I can be silly.

What book are you currently reading and in what format?
A Tale for the Time Being – and I’m listening to it!

What’s the hardest thing you’ve ever had to write?
Once I had to write a pamphlet about the pipes being used to tunnel water from the Hetch Hetchy to San Francisco. It required me to understand a ton of engineering terms and technical jargon that I never heard of in my life – I would have rather written Crime and Punishment than that brochure.

You can be any fictional character for one day. Who would you be?
Harry Potter.

What would your dream office look like?
Once I went into a professor’s office and he had books lining his walls. I looked around and said, “I want this one day.” He responded, “Be careful what you wish for.” I’m still waiting for the day when I can have a room of my own to line with books. I’d color coordinate them on the shelves and try to put autumn tones and accents throughout. 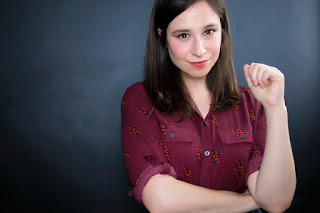 Alison Littman lives in San Francisco where she is a writer by day and stand up comedian by night. A former journalist in New Mexico, she covered politics and education while also contributing articles on John F. Kennedy and The Beatles to various specialty magazines. Her feature stories focus on listening to rock 'n' roll behind the Iron Curtain and Cold War politics. Radio Underground is her first novel.