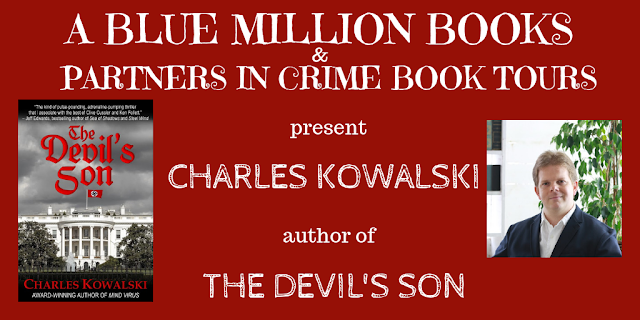 The son of a notorious Nazi fugitive is running for U.S. President. A Secret Service agent sworn to protect him meets a beautiful Mossad spy determined to stop him. 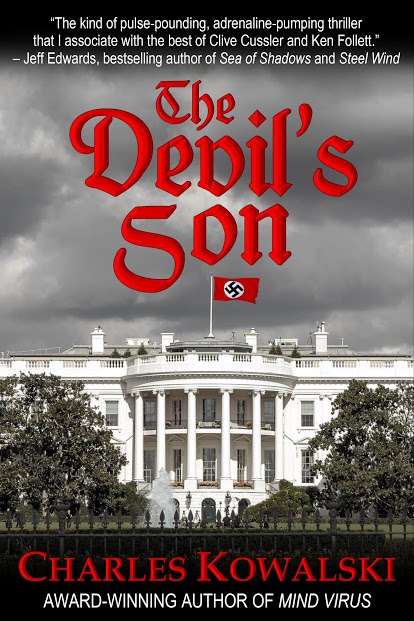 Q: Where’s home for you?
A: I’m a writer in exile, having spent most of the last 20 years in Japan.

Q: What do you love about where you live?
A: The richness of the language and culture, that you could spend a lifetime studying and still barely scratch the surface. (Not to mention safety, convenience, and universal healthcare!)

Q: What is the most daring thing you've done?
A: Driving a rental car through Jerusalem Old City while researching Mind Virus. (And I lived to tell the tale.)

Q: What’s one thing you wish your younger writer self knew?
A: My answers to this question and the question, "What choices would you like a re-do on?" are essentially the same. I would like to talk to my younger self, toying with the idea of someday becoming a serious writer, grab him by the collar and say, “What the hell are you waiting for?”

Q: Do you have another job outside of writing?
A: I teach English at a university near Tokyo.

Q: Would you rather be a lonely genius, or a sociable idiot?
A: A lonely genius. (I already know how it feels to be lonely, so it would be nice to try the genius part on for size.)

Q: What’s one of your favorite quotes?
A: "A writer is a world trapped in a person.” – Victor Hugo

Q: If you could live anywhere in the world, where in the world would it be?
A: Ideally, I’d have a pied-a-terre near Washington, DC – just for convenience when researching political thrillers – and a writer’s retreat on Mount Desert Island, Maine.

Q: What would you like people to say about you after you die?
A: I’d like them to say that a book of mine made a difference in their lives. (And I’d like to go on living, and writing, long enough that they’ll have plenty to choose from!)

Q: What would your main character say about you?
A: I doubt she would take much notice of me. She’s way out of my league.

Q: How did you create the plot for this book?
A: For the past couple of years, I had a plot in the back of my mind involving a Secret Service agent who comes to realize that his two mandates of upholding the Constitution and protecting the President are mutually incompatible. That story, however, never really came together in a way that satisfied me. Then, while I was visiting the States last summer and saw the news from Charlottesville, another idea occurred to me: “What if the President were a Nazi – as in a real one, on the run from the Mossad?” At first, I dismissed that as unfeasible; he would be too old and ineligible for the presidency if he wasn’t a natural-born citizen. But the idea wouldn’t leave me alone, and I started thinking about taking the conflict into the next generation: the son of a Nazi fugitive vs. the child (I eventually decided on daughter) of the old, washed-out Nazi hunter who narrowly missed him. Then it occurred to me that these two plots could be combined, to make a tale of intrigue pitting the Mossad against the U.S. Secret Service. After that, the story practically wrote itself.

Q: Are any of your characters inspired by real people?
A: Any similarity to any actual persons, events, or presidents is purely coincidental.

Q: I see! Is your book based on real events?
A: Real events have caught up with the book – and overtaken it, in frightening ways that I couldn’t have foreseen. As C.S. Lewis once said, “The trouble with writing satire is that the real world always anticipates you, and things that were meant as exaggerations turn out to be nothing of the sort.”

Q: Who are your favorite authors?
A: I’ve been inspired by other writers of thrillers with a religious angle, like Dan Brown and Daniel Silva. I’ve also been encouraged by other Japan-based thriller writers whose scope has expanded worldwide, like Barry Eisler and Barry Lancet; I hope I can do the same, even though my name isn’t Barry!

Q: What’s one pet peeve you have when you read?
A: Since I live in Japan, I often get annoyed with writers who set stories here and get details of the language and culture wrong. Research, people! (But if I say that too loud, I’m sure someone will catch me on some similar solecism with Israel in The Devil's Son!)

Q: What’s the best compliment you’ve ever received about your writing?
A: One reader described her experience of reading Mind Virus: “It’s one AM already? Oh…one more paragraph!”

Q: What’s the hardest thing you’ve ever had to write?
A: The application for my mortgage.

Q: You can be any fictional character for one day. Who would you be?
A: Harry Potter, especially if it can be a day when he has a vial of Felix Felicis (the “liquid luck” potion).

Q: Good choice! What would your dream office look like?
A: It would be a quiet place in the woods, with a view of the sea – that’s the Mainer in me – and it would have plenty of room to pace, because I think better when I’m up and moving than when I’m sitting in a chair staring at a screen. In the winter, a fireplace would be a big plus.

Q: What are you working on now?
A: After two highly charged, research-intensive thrillers, Mind Virus and The Devil's Son, I’m working on something lighter and hopefully non-controversial: a middle-grade historical fantasy set in 17th-century Japan, featuring Simon Grey, an English boy who runs away to sea to escape from his “gift” of seeing ghosts. 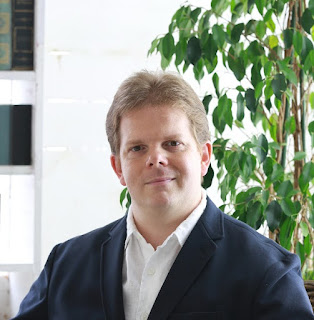 Charles Kowalski is an active member of International Thriller Writers. His debut thriller, Mind Virus, won the Rocky Mountain Fiction Writers' Colorado Gold Award, and was a finalist for Killer Nashville's Silver Falchion Award for Best Thriller of 2017. His latest, The Devil's Son, was shortlisted for the 2018 Adventure Writers' Competition Grandmaster Award. He divides his time between Japan, where he teaches at a university, and Downeast Maine.