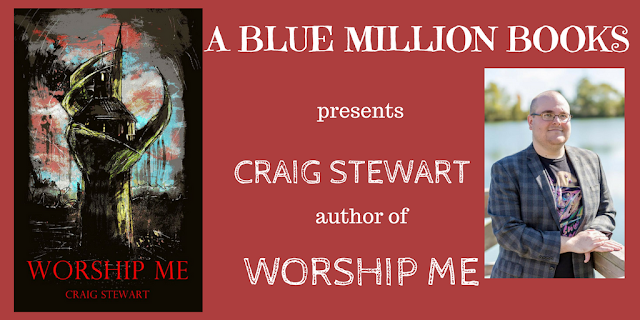 Something is listening to the prayers of St. Paul’s United Church, but it’s not the god they asked for; it’s something much, much older.

A quiet Sunday service turns into a living hell when this ancient entity descends upon the house of worship and claims the congregation for its own. Trapped in what used to be their sanctuary, the terrified churchgoers are given an impossible ransom: their new god wants a sacrifice. For everyone to live, a child must die.

As fear rips the congregation apart, it becomes clear that if they’re to survive this untold horror, the faithful must become the faithless and enter into a battle against God itself. But as time runs out, they discover that true monsters come not from Heaven or Hell… they come from within. 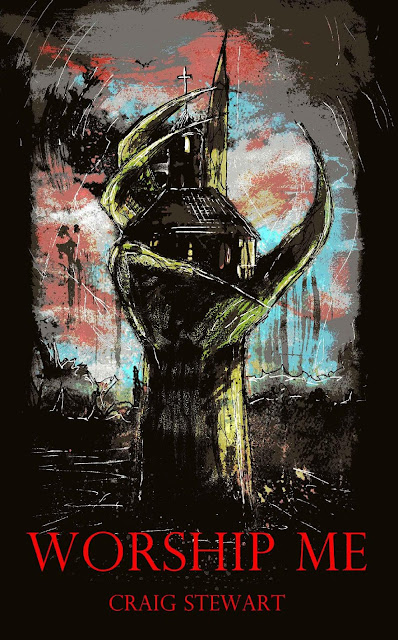 
Craig, what’s the story behind the title of your book?
I really like the style of old B-horror movie titles, like, Don’t Answer the Phone, Don’t Go in the Woods, or, more recently, Sam Raimi’s Drag Me to Hell (though that movie isn’t ‘B’, it’s more like ‘A+++’). I enjoyed the way these titles commanded the audience, which seemed appropriate for my novel, specifically since it deals with the frightening relationship between an obedient congregation and what they perceive to be their god. I needed a title that demanded with that kind of force, and also, one that sounded a little kinky, too.

Is Worship Me based on real events?
None of what is in this book really happened, obviously, I mean, it’s about an ancient monster terrorizing a church. However, thematically speaking, the story is very real, and very personal for me. And, I think, for anyone who reads it, because it’s dealing with something we all go through: existential crisis. I began writing this novel not long after my sister, to whom this book is dedicated, died of a brain tumor. At its heart, this book is an exploration of grief, and of the horror one feels when you look upon it in its raw state, before the flowers, before the sympathy cards. It asks hard questions, like, how can there be a soul, when it seems we’re limited to the meat we’re printed on? And if love conquers all, then why can our love drive us to do evil things? These thoughts were all mined from my own grieving process, and adapted into the pages of this book, hopefully, in a way that is frightening, engaging, and perhaps, if I did my job, enough to get people asking these questions of themselves. Because, sooner or later, we all will.

Do you have another job outside of writing?
I certainly do! I’m also a filmmaker because I love it, and I edit because it pays me. And I act occasionally. You can check out my filmic work on my website if you’re in the mood for a laugh and a shriek.

Do you have a routine for writing?
I almost always write with music playing. Actually, I often write my own music. I’ve scored all of my films, so I thought I might as well make a soundtrack for my books as well. It helps when you’re trying to return to certain themes and characters, especially when you’ve stepped away from it for a bit.

Please check out some of the tracks I wrote for Worship Me on my website.

Where did you grow up?
I grew up in a small town in Ontario, Canada named Chatham. It’s infested with crows. Literally. You’ll look up at the sky and say, “But, I thought it was supposed to be sunny today,” as the murder passes over head like a big, black cloud of doom. No wonder I like horror. And actually, the church in the book is based off the real church my parents used to take me to. That was a fun side note.

What makes you scared?
Oh, so many things. Lucky for me, because, if it didn’t, I’d have no reason to write what I write. There are the big ones, of course, the ones we all share: death, darkness, dismemberment, people who smile too much. But, for me, I think my number one is tornados; mindless cloud claws that carve through the land and snatch it up to Oz. And deep water.

What’s one of your favorite quotes?
“Why, there they are both, baked in that pie;  Whereof their mother daintily hath fed,  Eating the flesh that she herself hath bred.” – Titus Andronicus

What’s your favorite line from a book?
“She willed him to look past the flames in the hope that he might see her burning. Not so that he could save her from death - she was long past hope of that - but because she pitied him in his bewilderment and wanted to give him, though he would not have thanked her for it, something to be haunted by.” – Clive Barker’s The Forbidden (Books of Blood)

What book are you currently reading and in what format?
Currently I’m devouring Michael Rowe’s October about a 16-year-old bullied boy dishing out a terrible revenge to his abusers. And, don’t harpoon me, but I’m reading it on kindle. So far it’s fantastic, I highly recommend it! 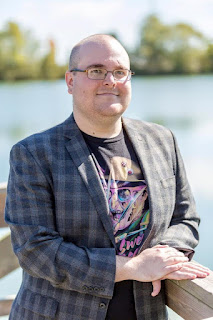 Craig Stewart is a Canadian author and filmmaker who learned how to count from the rhyme, “One, two, Freddy’s coming for you.” He’s a creator and connoisseur of everything horror; never afraid to delve into the dark. His written works include short stories, film scripts, articles, as well as his first horror novel, Worship Me, recently published by Hellbound Books. He has also written and directed several short horror films that have enjoyed screenings across North America.