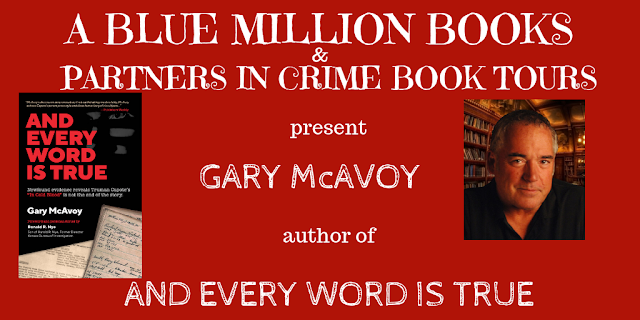 Truman Capote’s bestselling book In Cold Blood has captivated worldwide audiences for over fifty years. It is a gripping story about the consequences of a trivial robbery gone terribly wrong in a remote village of western Kansas.

But what if robbery was not the motive at all, but something more sinister? And why would the Kansas Bureau of Investigation press the Attorney General to launch a ruthless four-year legal battle to prevent fresh details of the State’s most famous crime from being made public, so many years after the case had been solved?

Based on stunning new details discovered in the personal journals and archives of former KBI Director Harold Nye—and corroborated by letters written by Richard Hickock, one of the killers on Death Row—And Every Word Is True meticulously lays out a vivid and startling new view of the investigation, one that will keep readers on the edge of their seats as they pick up where Capote left off. Even readers new to the story will find themselves drawn into a spellbinding forensic investigation that reads like a thriller, adding new perspectives to the classic tale of an iconic American crime.

Title: And Every Word Is True 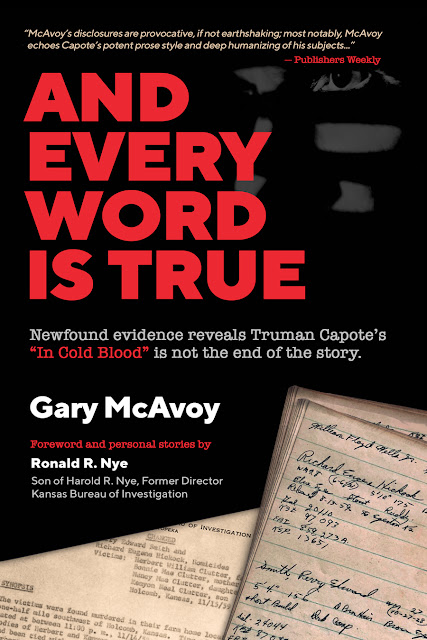 Gary, how long have you been writing, and how did you start?
Started writing when I was 10 years old, so a very long time now.

What inspired you to write this book?
While a lifelong writer, I am also a literary manuscript dealer. In 2012, I was approached by Ronald

Nye, the son of former Kansas Bureau of Investigation Director Harold Nye (who was also the lead field investigator for the 1959 Clutter murders, on which Truman Capote based his book, In Cold Blood), who consigned to me several books and letters from Truman to his father during the 1959 murder investigation. Shortly afterward, the State of Kansas sued both Ron and me to prevent the material from being made public.

We prevailed in that litigation, but as I dug more deeply into the Nye archives, I found that Capote’s book didn’t tell the whole story—and there is much more to tell. It looks as if robbery was not the motive at all, but something more sinister. Based on stunning new details discovered in Nye's personal journals and archives—and corroborated by letters written by Richard Hickock, one of the killers on Death Row—my book, And Every Word Is True, meticulously lays out a vivid and startling new view of the investigation, one that will keep readers on the edge of their seats as they pick up where Capote left off.

What do you hope readers will get from this book?
That one of the most well-told stories in American literature has much more to it than was told by its author.

How did you come up with the title of your book?
It comes from a quote Truman Capote made in an interview, claiming his book was immaculately factual; but it isn’t.

Do you have a day job?
Yes, I am a professional dealer of historical manuscripts and literary memorabilia.

How would you describe your book in a tweet?
And Every Word Is True lays out a fresh, meticulously-researched perspective on the Clutter murder case made famous in In Cold Blood.

How did you come up with your cover art?
A good friend designed it for me, based on the actual documents used in my research.

Tell us about your favorite chapter in the book.
The suspicions voiced by so many people who questioned robbery as the motive for the Clutter murders.

What was your favorite childhood book?
The Wizard of Oz.

What book are you currently reading and in what format?
A New Earth by Eckhard Tolle, on ebook.

Do you have a routine for writing?
First thing every single morning straight through to around 6PM.

Where do you prefer to do write?
At my desk in my lakeside home.

Name one thing you couldn’t live without.
My trusty Mac, Scrivener writing software, and the Oxford English Dictionary.

That's three, but since those are my three also, I won't be a stickler for details. Name five people with whom you would pick to be stranded in a bookstore.
Elaine Petrocelli (from Book Passage), Mark Bittman (NY Times), Ernest Hemingway, Oscar Wilde, Bradley Cooper (director).

Where would your dream office be?
In a villa on Lake Como, Italy.

Where do you call home?
The Pacific Northwest.

What’s one of your favorite quotes?
"My tastes are simple. I’m easily satisfied with the very best." —Winston Churchill

For what would you like to be remembered?
This book: And Every Word Is True.

What scares you the most?
Running out of money and being homeless.

Who would you want to narrate a film about your life?
Harrison Ford.

If you had a swear jar, would it be full?
Of course, I’m an Army veteran.

Are you an introvert or an extrovert?
Introvert with brief periods of unforced leadership.

What's your relationship with your TV remote?
There are always too many to judge.

What's the biggest lie you ever told?
I was a spy in the Army (only partially untrue).

What is the most daring thing you've done?
Getting drafted and not moving to Canada.

What is the stupidest thing you've ever done?
Bought a home I couldn’t afford, many years ago.

What is your most embarrassing moment?
Winning an award while chairman of the Awards Ceremony. Awkward.

What choices in life would you like to have a redo on?
I would have gone into filmmaking.

What do you like to do when you’re not writing?
Read.

What’s the hardest thing you’ve ever had to write?
THIS BOOK! Nearly seven years of often excruciating challenges.

What is your favorite movie?
The Wizard of Oz.

Do you have a favorite book?
Not particularly, I have wide-ranging interests.

How about a favorite book that was turned into a movie? Did the movie stink?
Gerald Clarke’s Capote, with a great film by Bennett Miller.

Do you sweat the small stuff?
Nope.

What are you working on now?
A follow-up book to my current book, And Every Word Is True.

READ AN EXCERPT FROM AND EVERY WORD IS TRUE

OTHER WORKS BY GARY McAVOY

Co-author with Dr. Jane Goodall, Harvest for Hope: A Guide to Mindful Eating 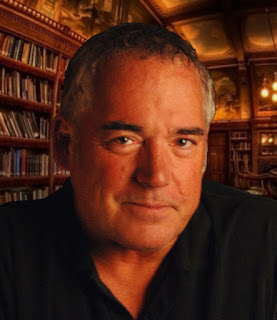 Gary McAvoy is a veteran technology executive, entrepreneur, and lifelong writer. For several years he was also a literary media escort in Seattle, during which time he worked with hundreds of authors promoting their books—most notably Dr. Jane Goodall, with whom Gary later collaborated on Harvest for Hope: A Guide to Mindful Eating (Hachette, 2005).

Gary is also a professional collector of rare literary manuscripts and historical letters and books, a passion that sparked the intriguing discoveries leading up to his latest book, And Every Word Is True (Literati Editions, March 2019), a revealing look at startling new disclosures about the investigation surrounding the 1959 Clutter family murders, heinous crimes chillingly portrayed in Truman Capote's In Cold Blood. And Every Word Is True pulls back the curtain for a suspenseful encore to Capote’s classic tale, adding new perspectives to an iconic American crime.