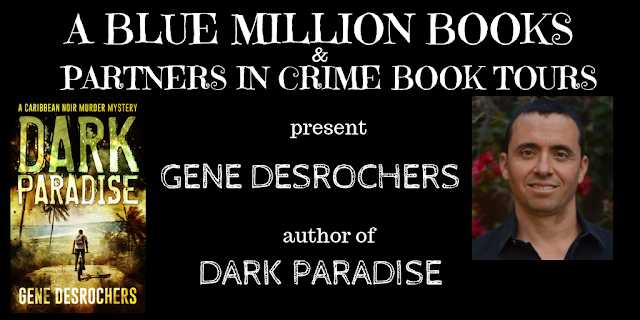 Boise Montague’s life in Los Angeles has fallen apart. After his wife dies, he returns to the tiny island where he grew up. Unfortunately, coming home doesn’t bring him the peace he’s looking for.

Things have changed drastically since his last visit. The island has moved on and so have the people he once knew. When Boise tries to find the one friend he thinks he can count on to be there for him, he’s confronted with another death. A murder. A murder that the police did not think important enough to investigate thoroughly.

Boise wants answers. He enlists a local reporter named Dana, who has theories of her own, to help him dig deeper.   With not much left to lose, a bone to pick with the justice system, and a relentless partner, Boise sets out to do what the police would not: solve the murder of Roger Black.

The island of St. Thomas is a gleaming tropical paradise. Welcome to the Caribbean, where murder is as common as sunshine.

On tour with: Parners in Crime Virtual Book Tours 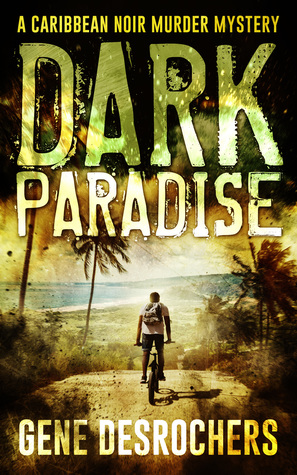 LOVE IT OR LEAVE IT WITH GENE DESROCHERS 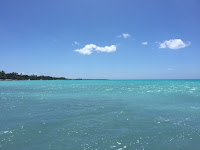 A few of your favorite things: Tennis; Islands; my wife and kids; reading mysteries; watching The Matrix for the seventieth time; kind people.
Things you need to throw out: Not much, I’m an avid thrower-outer.

Things you need in order to write: Pen and paper.
Things that hamper your writing: Distracting myself with other tasks like writing short stories or reading or washing dishes .

Things you love about where you live: The weather and the unlimited number of things to do.
Things that make you want to move: The cost of living and arrogant, self-absorbed people.

Things you never want to run out of: Tennis balls, pencils, paper, kisses from my wife.
Things you wish you’d never bought: Rainmaker stock, many other stocks, I suck at picking good stocks.

Favorite music or song: Wow, so tough. Concrete Blonde (many songs): The whole self-titled album, and most every other song especially the cover of Leonard Cohen’s Everybody Knows and Only You Can Make Me Cry. The Police: "Tea in the Sahara" and "Do Do Da." Gorillaz: First album. Eminem: "Slim Shady." Muse: "Uprising." Recently, Portugal the Man.
Music that make your ears bleed: That Pop Country cross-over crap.

Favorite beverage: Chai Tea with sugar .
Something that gives you a pickle face: Sauerkraut

Favorite smell: Baking bread or my wife. I also like the smell of cigars.
Something that makes you hold your nose: Body odor.

Something you like to do: Play tennis, bowling, go to the theater to watch movies (still prefer that to watching at home).
Something you wish you’d never done: Very personal! I once said something very rude to a girl on my high school tennis team who was a nice person after she lost a tennis match.

People you consider as heroes: Gandhi, Colin Kaepernick, Frederick Douglass.
People with a big L on their foreheads: A guy where I work named Jay who brags about having never worked and lies all the time…Reminds me of Donald Trump who also fits this category;
People who are narcissistic and spend every second recounting their accomplishments or talking about themselves without asking anyone else anything; Googlers.

Last best thing you ate: Turkey Soup.
Last thing you regret eating: Too much turkey on Thanksgiving (my stomach hurt).

Things you’d walk a mile for: Tennis, library, the chance to promote my work, most things (a mile is not far).
Things that make you want to run screaming from the room: People who go on about themselves or talk loudly on their cell phone.

Favorite books: Mysteries, Harry Potter (is that now its own genre?)
Books you would ban: What? The Art of the Deal. But really, I don’t think books should be banned.

Things that make you happy: People who say hello to complete strangers; a kiss from my wife; playing Settlers of Catan or Puerto Rico with my kids; Ms. PacMan.
Things that drive you crazy: Movies or stories that have people dance for no apparent reason without music; people who stop at yield signs for no reason–especially when there’s a merge lane; technology that actually makes things harder and longer than it did without the technology; fervent, mindless patriotism, especially at sporting events; religious people who push their mythology on everyone else.

Biggest lie you’ve ever told: If confronted, I generally tell the truth, but as a youth I snuck out of the house often to ride around my neighborhood at night and generally skulk around like I was a spy. Once I had a friend over and we did it together, and we were caught lying about it in my step-father’s Coca-Cola truck. We got reamed out, and I got grounded for quite a while.
A lie you wish you’d told: Can’t think of one right now.

Best thing you’ve ever done: Marry my wife, and recognize how special she is for all these years and somehow manage not to screw it up.
Biggest mistake: Getting involved with the girl I moved to LA with when I knew she was self-centered and depressed, which led to me opening a retail business that she said she’d do the work on, but instead ran into the ground and caused me to lose all my money!

Most daring thing you’ve ever done: Moving to and toughing it out in L.A.
Something you chickened out from doing: Telling someone (several times) I wanted to date them.

The last thing you did for the first time: Attend a Lakers game.
Something you’ll never do again: Invest in Real Estate I don’t look at physically first. 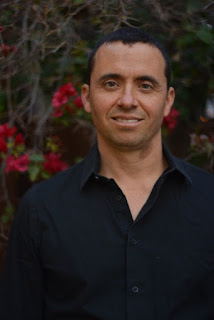 Gene Desrochers hails from a dot in the Caribbean Sea called St. Thomas. He grew up with minimal supervision and free-roaming animals in a guesthouse that also served as a hospital during wartime. He has spent his life steadily migrating west, and now finds himself in Los Angeles with a beautiful wife, cats, and kids. After a lifetime of writing and telling short stories, he ventured into the deep end, publishing his first novel, Dark Paradise in 2018. If you ask, he will regale you with his Caribbean accent and tennis prowess.