Wedding coordinator Sydney Riley never thought she’d get caught up in a murder investigation, but she became an amateur sleuth when her boss was killed during Bear Week. Now she’s back, this time as the Race Point Inn hosts Provincetown’s venerable transgender event, Fantasia Fair… and murder is once again an uninvited guest!

It’s all hands on deck at the inn as visitors arrive for the week-long event and Sydney helps coordinator Rachel Parsons organize the occasion. Guest Elizabeth Gonzalez is attending with her spouse, Bob, who–as Angela–is taking a bold first step into a whole new existence. Angela, Elizabeth, and Sydney learn the ropes and politics from other guests, some of whom have attended annually for more than forty years.

But the next day, Sydney’s detective friend summons her to one of the town beaches where Angela’s body has been found–with a knife in her back, a knife stolen from Adrienne, the Race Point Inn’s diva chef.

Fair organizers and attendees try and carry on as Provincetown is overrun with police, press, and rampant speculation. Sydney, her boyfriend Ali, her friend Mirela, her boss Glenn, and a host of Fantasia Fair participants scramble to find out who killed Angela–and why–before the killer strikes again. 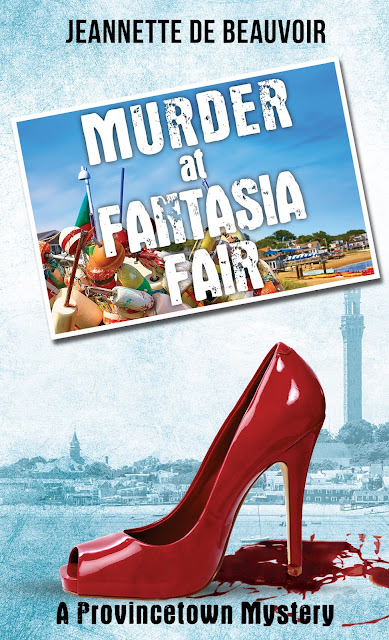 Things you need in order to write: Silence. My MacBook. Um, did I mention silence?
Things that hamper your writing: Music. Others love to write to music; I find it completely distracting!

Things you love about where you live: I live in a cottage by the sea and get to start every day with a walk on the beach. How lucky am I?
Things that make you want to move: Tourists in the summertime, the inconvenience of isolation in the winter.

Favorite beverage: Red Bordeaux wine.
Something that gives you a pickle face: Gatorade.

Favorite genre: Mysteries! Anything by Phil Rickman or Tana French. I especially like British authors; they tend to be smart and articulate.
Books you would ban: Bodice-ripper romances—they diminish women.

People you’d like to invite to dinner: The cast of Hamilton.
People you’d cancel dinner on: Anyone in the current US administration.

Things that make you happy: My cat, early summer mornings, a great book and glass of wine in a warm place during a snowstorm.
Things that drive you crazy: People who travel poorly: act as though they own the places they visit. 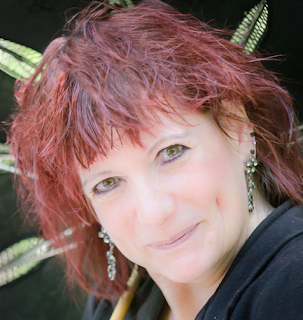 Jeannette de Beauvoirgrew up in Angers, France, but has lived in the United States since her twenties. (No, she’s not going to say how long ago that was!) She spends most of her time inside her own head, which is great for writing, though possibly not so much for her social life. When she’s not writing, she’s reading or traveling . . . to inspire her writing. The author of a number of mystery and historical novels, de Beauvoir’s work has appeared in 15 countries and has been translated into 12 languages. Midwest Review called her Martine LeDuc Montréal series “riveting (…) demonstrating her total mastery of the mystery/suspense genre.” She coaches and edits individual writers, teaches writing online and on Cape Cod, and is currently writing a Provincetown Theme Week cozy mystery series featuring female sleuth Sydney Riley.