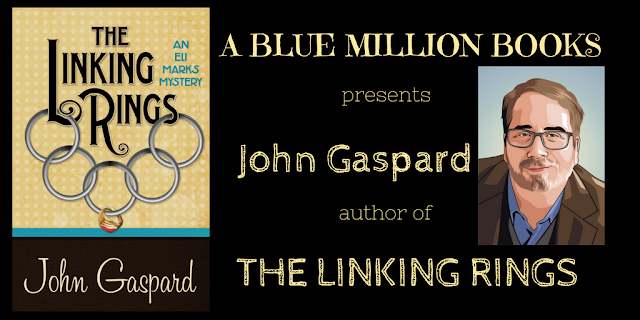 Eli's trip to London with his Uncle Harry quickly turns homicidal when the older magician finds himself accused of murder. A second slaying does little to take the spotlight off Harry, instead making it clear that someone is knocking off Harry's elderly peers in bizarrely effective ways. But who? The tale takes an odd twist when the prime suspect appears to be a bitter performer with a grudge . . . who committed suicide over thirty years before.

While Eli struggles to prove his uncle's innocence--and keep them both alive--he finds himself embroiled in a battle of his own: A favorite magic routine of his has been ripped off by another, hugely-popular magician.

What began as a whirlwind vacation to London with girlfriend Megan turns into a fatal and larcenous trip into the dark heart of magic within the city's oldest magic society, The Magic Circle. 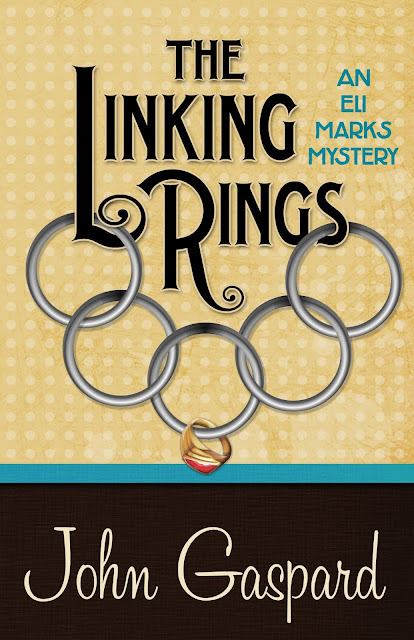 LOVE IT OR LEAVE IT INTERVIEW WITH JOHN GASPARD

Things you need in order to write: An outline.
Things that hamper your writing: Writing the outline.

Things you always put in your books: I like the word "snick," describing the sound of a door lock as it closes. Recently I've also tried to add in "Harry pocketed it" to each book, to trip up my audiobook narrator. (Apparently, Stephen Fry had a lot of trouble with that phrase. J.K. Rowling made a point of putting it in every one of the Harry Potter books after Fry was a bit rude to her).
Things you never put in your books: People keep begging me to not kill off Uncle Harry, so that's one thing that will never be in an Eli Marks book.

Things you love about writing: Just like filmmaking, editing is the best part of the process–once all the pieces are in place, the process of putting them together and refining them makes the arduous task of actually doing the initial writing almost bearable.
Things you hate about writing: The writing part. The coming up with ideas part is fun and–see above–the editing and shaping part is fun. But just like shooting a movie, actually writing the first draft can be a real slog. (Note: I'm writing these answers while in the midst of writing a first draft.)

Favorite books: I'm a big fan of audiobooks of all genres. Eddie Izzard's reading of his book, Believe Me, is a phenomenal listen and highly recommended.
Books you would ban: Ban is a strong word. Let's say avoid. The books I would avoid are (some, not all) audiobooks which are read by their authors. Many authors should really think twice before doing that. I know I did and have never regretted that decision--my narrator (Jim Cunningham) is fantastic!

Things you love about where you live: Spring, Summer, Fall.
Things that make you want to move: Winter.

Favorite music: I never get tired of the theme from Casino Royale. How can you not love that? I think I'd like it played at my funeral.
Music that make your ears bleed:  Jo Stafford's version of "Carioca." (To be honest, I really sort of like it. I'd also like that at my funeral.)

Favorite smell: Chocolate chip cookies .
Something that makes you hold your nose: Tomato juice–I have no understanding why that is.

Biggest lie you’ve ever told: I never lie.
A lie you wish you’d told: Just did it. 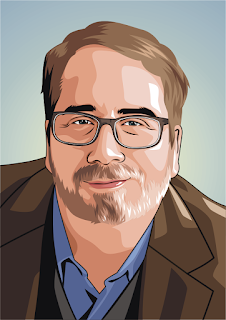 John is author of the Eli Marks mystery series from Henery Press.

In real life, John’s not a magician, but he has directed six low-budget features that cost very little and made even less – that’s no small trick. He’s also written multiple books on the subject of low-budget filmmaking. Ironically, they’ve made more than the films.

John lives in Minnesota and shares his home with his lovely wife, several dogs, a few cats and a handful of pet allergies.

Listen to the first chapter of The Linking Rings