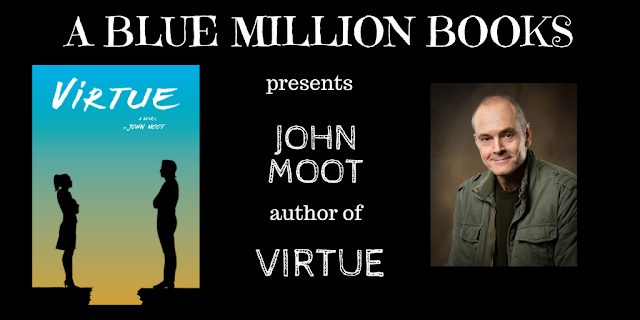 Virtue explores the vulnerability and randomness of human existence through the lives of Tom and Hannah Holder, each of whom are grappling with midlife crises. Tom's life unravels as he fends off attacks on his career, faces his estranged, cancer-stricken father and confronts a dark, hidden past. Hannah-sick of being a stay-at-home and fearing for her troubled teenagers-chooses to reclaim her life and rescue her children from an increasingly toxic situation. Will their marriage survive the most tumultuous year of their adult lives? 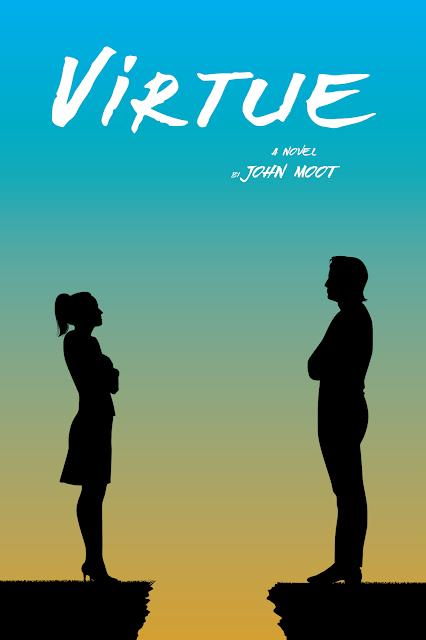 EXCERPT FROM VIRTUE BY JOHN MOOT

This is a story about reclaiming your life.

Not that anyone one stole mine. I just lost who I’d wanted to be. I became a cloistered, frustrated mom despite having little patience for those women. Do something with your life if you don’t like it, I’d think to myself, when I saw a miserable one.

And then I became that person.

It crept up on me somehow. I went to work right after college at a bank in Boston, in a management training program, and kept at it for five years while Tom was getting his doctorate. I was the breadwinner as he sunk deeper into debt. (His estranged father wouldn’t help with tuition.) We even bought a small condo.

Not bad. I wanted to be a professional—unlike my mother, who stayed at home and drove me crazy, hovering like a helicopter in an age before such a thing existed—but the job was just moving money around. Big deal.

So, when Tom got offered a tenure-track gig in Maine, I was on board with the move. I could take a break, focus on the children, raise them in a small, nurturing community, and he could launch his career.

I didn’t think far enough ahead though. I knew it would be a challenge later on to get back into the workforce, particularly in rural Maine, but the bricks and mortar model of employment was disappearing. It was the new millennium and people worked in their pajamas!

Not everyone though, it turns out. Moms with no current, marketable skills could just stay unemployed in their pajamas.

I began to rot inside. I resented Tom for his success, his network of colleagues, and the self-esteem that came with it. And I repeated history, becoming the helicopter mom I loathed as a kid. My mind was atrophying, and my soul was thinning.

Then Trump got elected. It shouldn’t have taken that to snap me out of my funk, but it did. Women started marching, getting involved, and getting elected. I couldn’t stay on the sidelines anymore, continue to let my mind and talent go to waste. Political activism wasn’t my thing—I’d been a lifelong Northeastern Republican until Trump, when I switched to Independent—but I wanted to do something that meant something.

Don’t laugh but I decided I wanted to take the LSAT. The law has power, and power can help people. Like using my motherly passion to help women keep custody of their kids and fight off abusers. I wasn’t out to save the world, but maybe my work could benefit the lives of a few people.

I nervously approached Tom in early 2017 about going back to school and moving back to Boston. I didn’t want him to think I was unhappy, even though I was, and I worried he’d resist, knowing that my idea would uproot our lives. He was supportive in words, but his distant, reticent eyes told a different story. He was confused, didn’t know what was happening. Probably thought he was losing the person he knew. Little did he know she was already gone.

But then he had an idea of his own—write a book—and we figured out how to meld the two. The book might give him a better chance to find a position back in Boston, and I could start planning the next phase of my life.

That’s where this story starts. I was cramming for the LSAT, which was in mid-September 2017, and was as excited as I was scared. I had no clue whether I had an aptitude for the law, whatever that meant. I didn’t want to make a fool of myself.

And then my plan slowly went off the rails. 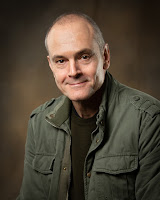 John left his east coast law practice in 2017 and moved west to marry his longtime sweetheart, Lara Skidmore, but she was soon stricken with cancer and died. Her undying love and inspiration drove him to write Virtue and dedicate it to her. He lives on Lake Oswego, Oregon, with his two dogs and represents domestic violence victims pro bono.