Cut down among the flowers . . .   Britta Johnston might be a late bloomer, but after leaving her deadbeat husband and dead-end job, she’s finally pursuing her artistic passion at her aunt Elin’s floral boutique, Blooma, in Portland, Oregon. It’s on the banks of the Willamette, in a quaint district of cobblestone paths and cherry trees. The wine bar featuring Pacific Northwest vintages is a tasty bonus, offering another kind of bouquet to enjoy. But things aren’t as peaceful as they look.   For one thing, someone’s been leaving dead roses around—and a sleazy real estate developer who wants the waterfront property has put a big-money offer on the table. Then, after a contentious meeting of local business owners, he’s found on the floor of the shop, with Elin’s garden shears planted in his chest. And before the police decide to pin the crime on her beloved aunt, Britta will have to find out who arranged this murder . . . 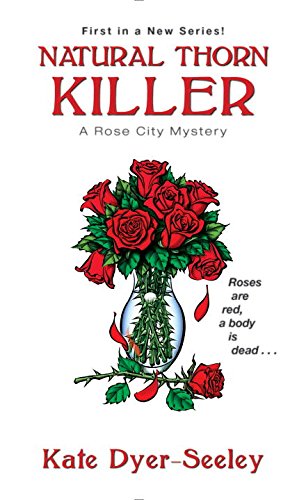 
Kate, will this series feature standalone books, or will readers need to read the series in order?
This is the first book in the series. I always think it’s great to start from the beginning. Each book is a standalone in terms of the mystery, but the characters and sub-plots will all grow and develop over the course of the series. Book #2 Violet Tendencies will come out this fall!

Where did you grow up?
I grew up in Vancouver, Washington, just right across the Columbia River from Portland, Oregon where the books are set. One year my parents took my brother and me on a “staycation” at the Riverplace Inn, a beautiful hotel on the Willamette River in Portland. I remember it seemed so fancy. I wore a special dress for dinner in the restaurant, and we ordered room service for breakfast and watched the boats on the river from our balcony. Portland was the “big city” compared to Vancouver and the waterfront area by the hotel felt like another world. That’s the inspiration for my fictional “Riverplace Village” in the book.

What do you love about where you live?
I live in the Pacific Northwest, which in my humble opinion is the most beautiful place on the planet. I love that everything is green; that we have mountains and beaches and deserts and farmland. Living here is wonderful for writing. There’s an abundance of wildlife and wide open spaces for inspiration.

Have you been in any natural disasters?
Yes. I was in elementary school when Mt. St. Helens erupted. It’s one of my most formative memories—standing in our front yard watching the mountain blow. Ash coated the sidewalks and school was cancelled for a week.

If you had an extra $100 a week to spend on yourself, what would you buy?
Books. Sorry, is that too cliché? Probably. But it’s true. My parents used to tease that they “couldn’t keep me in books” when I was growing up.

What’s the dumbest purchase you’ve ever made?
Sun-in hair dye when I was in middle school. Bad idea. Bad hair. It’s a summer I’d love to forget.

What’s the most valuable thing you’ve learned?
To trust your intuition.

Don't shush your gut–yep, that's a good one! What’s one thing that you wish you knew as a teenager that you know now?
That everyone is just trying to fit in.

What is your most embarrassing moment?
I’ve had more than my fair share, but one of the more recent ones happened last fall. I was out for an afternoon walk. I was literally just walking on the sidewalk—not texting—not scaling a mountain—just walking when I tripped, fell, and broke my arm. It was lunchtime, and I was walking on a busy waterfront path so there were people everywhere to watch me tumble.

What choices in life would you like to have a redo on?
None. I’m a firm believer that each perceived mistake is a lesson. There are plenty of experiences and choices that I would like to erase or redo, but I’ve learned from all of them, and without struggling, self-doubt, regret, I probably wouldn’t be at the point I’m at now.

How did you meet your spouse?
We met in college. I set him up with one of my friends because he seemed like such a nice guy. Then I quickly realized my mistake.

What are your most cherished mementoes?
Letters. I’ve saved letters from my mom, grandmother, great-grandmother. There’s nothing like old letters and someone’s handwriting on a piece of paper. I hope that my son’s generation doesn’t lose that with texting. It’s not the same.

What’s one of your favorite quotes?
“Whatever has happened to anyone else, can happen to you and to me. And the end of my youth was the possible truth that it all happens randomly.” ~The Philosophy of Loss by the Indigo Girls

What would you like people to say about you after you die?
That I was kind.

Are any of your characters inspired by real people?
Absolutely! I definitely subscribe to the “write what you know” philosophy. Aunt Elin, Britta’s aunt in the book is inspired by two real people. She’s a mash-up of the florist who designed my wedding flowers and the mom of my childhood best friend who is Swedish. She used to make Swedish pancakes for breakfast when I would have a sleepover. She taught me basic Swedish words, traditional recipes, and would pop out to her lush gardens to quickly put together a colorful bouquet for the table.

One of your characters has just found out you’re about to kill him off. He/she decides to beat you to the punch. How would he kill you?
LOL! I love this question. Um, hmmm. I thinking since the book is set in a flower shop it would have to be with a deadly bloom of some kind. Preferably something that appears benign but is actually poisonous. It would be ground into a powder and snuck into a strong cup of coffee.

What book are you currently reading and in what format?
I just finished The Indigo Girl, by Natasha Boyd in hardcover. I’m a huge fan of historical fiction and really enjoyed it!

What’s one pet peeve you have when you read?
When writers use “that” instead of “who” when referring to people. My dad taught honors English so I guess his red pen edits are permanently etched in my brain.

Do you have a routine for writing?
I write 2,000 words every day when I’m working on a new manuscript. I write early in the morning and then get outside for an afternoon walk to clear my head. Normally it’s when I’m walking that I’ll have a breakthrough on a plot point that I’ve been stuck on. I love those ah-ha moments.

What’s the hardest thing you’ve ever had to write?
My very first book was a memoir. It was about losing my mom to young onset Alzheimer’s while becoming a mom. It was gut wrenching at times. I had to mine lots of memories in the process of piecing the story together, but it was such a gift and very therapeutic.

You can be any fictional character for one day. Who would you be?
Laura Ingalls Wilder—technically she was a real person but she fictionalized her life story. I’ve always been fascinated by the pioneers. Maybe it’s because I live in the Pacific Northwest where that spirit of independence runs deep.

Why did you decide to publish with Kensington?
I wanted to go with a traditional publishing house because I knew when I started writing mysteries that I had so many ideas that in my dream I would want to write more than one series. That has come true. Being with a traditional publishing house means that I can concentrate the vast majority of my time on writing. I’m not responsible for having to get my books into bookstores, or format, design covers etc. That’s not to say that I don’t still spend plenty of time marketing my books, making appearances, and connecting with readers on social media, but I appreciate that there’s a team of editors, designers, publicity, who all touch my book and help get it out into the world.

What are you working on now?
I’m working on book #2, Violet Tendencies, which comes out in November. This book revolves around Portland’s annual Rose Festival. I’m super excited to share it with readers this fall! 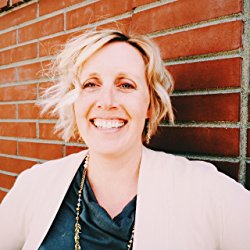 Ellie Alexander (also known as Kate Dyer-Seeley) is a Pacific Northwest native. Her love for the Pacific Northwest runs deep. Hence why all of her books (whether she’s writing as Ellie or Kate) are set here. From the Shakespearean hamlet of Ashland, Oregon to the Bavarian village of Leavenworth, Washington to the hipster mecca of Portland, Oregon and a variety of other stunning outdoor locales, the Pacific Northwest is a backdrop for every book and almost becomes another character in each series.

When not writing, you can find her testing pastry recipes in her home kitchen or at one of the many famed coffeehouse or brewpubs nearby. You’ll also find her outside exploring hiking trails and trying to burn off calories consumed in the name of “research.”

Ellie loves hearing from readers and interacting on social media. Be sure to follow her to learn about her writing process, upcoming books, special events, giveaways, and more! Also, sign up for her e-mail newsletter to stay up to date on new releases, appearances, and exclusive content & recipes. 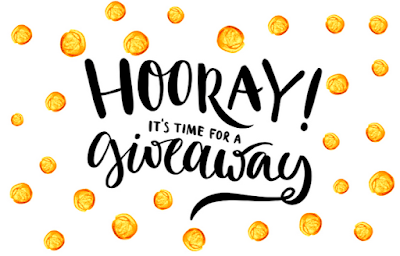 Comment and leave your email address below for a chance to win an autographed print copy of Natural Thorn Killer. USA residents only. Good luck!