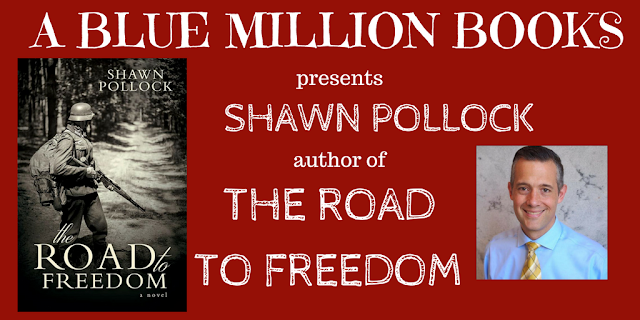 "We could go to Elbe River." Kohler didn't have to say the rest. After a baleful stare, the captain did it for him. "You want to surrender to the Americans." Kohler gulped. In 1945, World War II is ending but not in favor of Germany. Hans Kohler is a young Mormon German who knows more about farming than being a soldier. A worn copy of the Book of Mormon is the only thing that brings him comfort. Captain Christoph Meier seems to be the perfect German soldier. His pristine Aryan features and strong family ties to the Nazi Party should have placed him at a far better post than this unit. Instead, he's leading broken veterans and inexperienced greenies. When the Russians attack their unit, it leaves Meier and Kohler trapped behind enemy lines. To get past snipers, the Nazi SS, and the Russian Army, they need to use all of their skills, including believing that God wants them to survive.

Title: The Road to Freedom 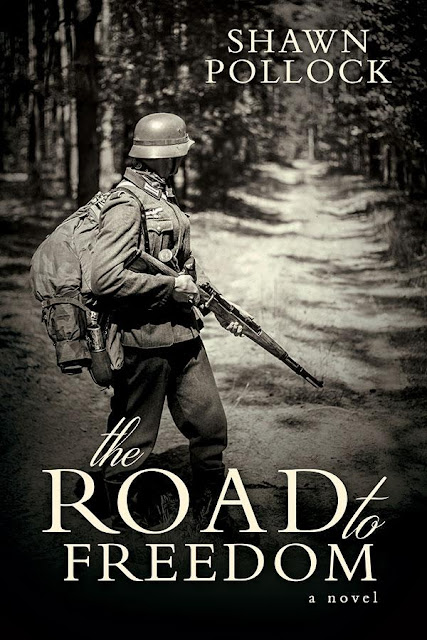 Shawn, where did you grow up?
I grew up in Cache Valley, in northern Utah.

What do you love about where you live now?
We have our pick of schools and music teachers for our kids, and tons of options for shopping (malls, Walmart, Target, Costco, Winco, Smith's, Rancho Market, Trader Joe's, Sprouts, lots of ethnic markets), hospitals, and pretty much anything we need within a few minutes of us.

Have you been in any natural disasters?
I don't think they qualify as disasters, but I've been in a lot of earthquakes.

If you had an extra $100 a week to spend on yourself, what would you buy?
I'd keep myself stocked in soda and download lots of songs from iTunes. Either that or save up for a trip to Japan.

What is the most daring thing you've done?
I went to Japan for a year to teach English. It's not too wild or risky but that's not really my nature anyway.

What is the stupidest thing you've ever done?
I shaved a week's worth of whiskers with nothing but cold water before a date (long story, but that was all I had available at the time). She was not the one, though, so it was all for nothing in the end.

What’s one thing that you wish you knew as a teenager that you know now?
That if you look and act pleasant, you can create a positive association between your presence and good feelings in people. I was more about being true to my sullen teenaged self, which did me no favors.

What’s one thing you wish your younger writer self knew?
The first draft doesn't have to be perfect, or even good. Just get words on page.

What makes you bored?
Going to lunch with coworkers and listening to them talk shop.

What is your most embarrassing moment?
When I worked as a bag boy in a grocery store, I drank a lot of soda one day on a break. Then I approached a customer, opened my mouth to ask, "Paper or plastic?" but all that came out was a massive burp. I was so mortified, I couldn't do anything except walk away laughing.

What choices in life would you like to have a redo on (other than drinking all that soda on a break)?
I'd like to go back to my college days and just relax and enjoy them. I was always so stressed about the dating game and putting my best foot forward socially that it felt more like work than fun.

Do you have another job outside of writing?
I also work as an instructional designer for a software company.

What are your most cherished mementoes?
All the pictures and crafts from my kids.

If you could live anywhere in the world, where in the world would it be?
I'd like to return to Cache Valley. I would also like to live by the ocean in various places as disparate as Puerto Vallarta or Maine.

How did you create the plot for this book?
My dad came up with the initial scenario. He had mapped it out to a certain point and had me take it over. There were certain plot points I wanted to hit, and I knew how I wanted it to end early on but "pantsed" everything in between. I think that's my favorite part of writing: working your way toward a destination without knowing the way, and constantly surprising yourself with what develops as you go.

Are any of your characters inspired by real people?
The character of Hans Kohler is loosely based on my grandfather. He wasn't German, but he was a big guy who grew up ranching and working outdoors, and who never had enough to eat during his time in the war.

Is your book based on real events?
It’s a historical novel, so while the main characters don’t participate in any real events, some of their experiences were inspired by real events. I also make reference to several real events in the course of the narrative.

Who are your favorite authors?
Steve Hockensmith is my favorite author. He writes really enjoyable mysteries that don't get into smut or excessive cursing.

Do you have a routine for writing?
I try to write between 9:30 and 10:30 every night. It's not my preferred time to write, since by then my brain's batteries are getting low, but the alternative is to get up at 6 AM and I'm not much of a morning person.

Where and when do you prefer to do your writing?
I write at the kitchen table because it’s the easiest place to set up the computer I prefer to use. I like to write after the kids go to bed (which is getting later and later).

What’s the best compliment you’ve ever received about your writing?
One of my English professors stopped me at the door as I was leaving class and asked me how I learned to write so well. There have been others but that was a pretty good one.

What’s the worst thing someone has said about your writing? How did you deal with it?
I've had the word "cliche" pointed at me a couple of times, which wasn't fun, but I couldn't exactly argue with it. I also turned in a chapter of my WIP to my critique group that had a lot of last minute changes that weren't very good and they let me know. These things are there for us to learn from, though, and to keep us grounded. I just tried harder next time around, and things worked out.

Why did you decide to publish with Cedar Fort?
Back in the early 2000's, I attended a League of Utah Writers meeting as a one-off thing, and a rep from Cedar Fort was there. She said they liked new authors, and I kept that in mind.

A few years later, I wrote a novel and sent it to various publishers. Most sent back the standard rejection, but Cedar Fort's letter included some personal feedback that I used when I wrote The Road to Freedom. That made them my first choice when I was ready to submit that novel. I've been happy working with them and feel like things have gone well.

What are you working on now?
I'm working on a novel with the working title Rise Up, My Love. It is a crime story with some elements of romance as well. 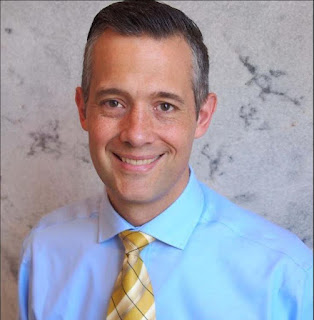 Shawn Pollock grew up in Cache Valley, Utah, served a mission in Japan, and graduated from Utah State University with degrees in Professional Writing and Instructional Technology. He works as an instructional designer in the software industry. His short story, "Hats," won first place in The New Era magazine's fiction contest. Any time not devoted to work and family goes to cooking, reading about history, and participating in the League of Utah Writers. The Road to Freedom is his first novel.