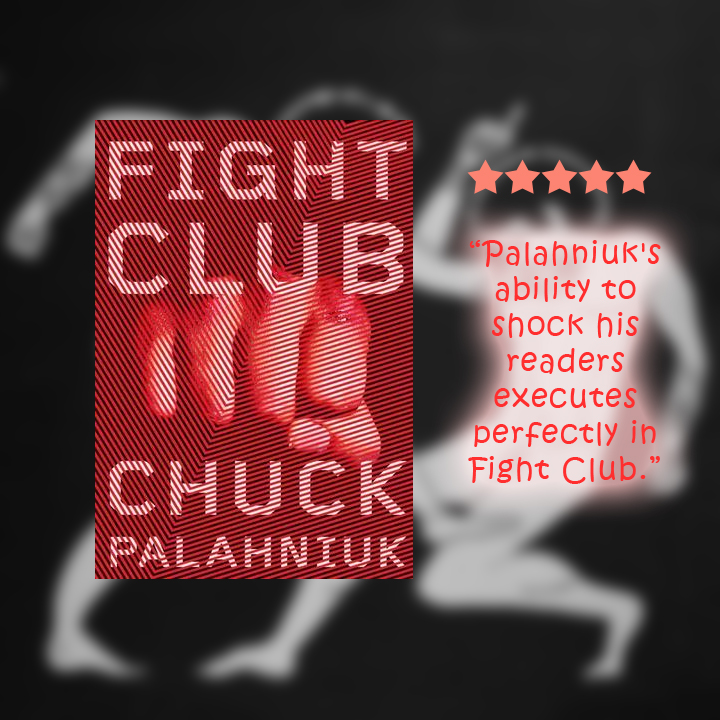 Fight Club by Chuck Palahniuk
My rating: 5 of 5 stars

Chuck Palahniuk is weird. No skirting around that, he just is. But I really like his style. When I first rated this book, I gave it a 4-star rating, but I’m returning to write a review, and I decided to augment that with an additional star.

The unnamed protagonist suffering from insomnia seeks refuge by joining many support groups by impersonating a seriously ill person of that assembly. When he meets Tyler Durden, we eventually discover that our protagonist has been slowly slipping into madness throughout the book.

Palahniuk’s big reveal at the end would have surprised me had I not seen the movie first. Still, I feel that Palahniuk’s ability to shock his readers executes perfectly in Fight Club.

Looking for something different to read? Give this book a chance. Seen the movie? Great! It was a good movie, but the book is better (even if it doesn’t have Brad Pitt).

View all my reviews