Guest Post by Bett Rose, Author of A Week in Time 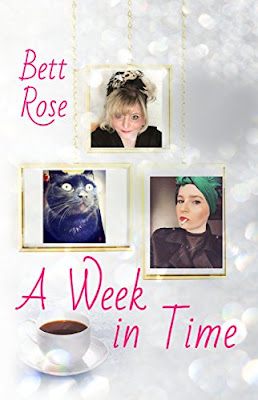 Available on Amazon UK and Amazon US
Whilst the men and able bodied were away fighting, those left behind faced a daily struggle to keep up a semblance of normal life. The neighbours all 'pulled together' and 'mucked in' as Harold would have it. Eliza enjoyed her independence and Joanie found an inner strength and knew that Reg would be proud of her. Ruby? Well they all knew about Ruby! Francis? Increasingly fragile and a worry to them all.

I was inspired to write A Week in Time after watching so many seemingly dark programmes on TV and wanting to bring a little light into the world. My dad and brothers were all employed in the Coventry motor trade, and many times I would quietly sit behind 'dad's chair' listening to the dark and numerous stories of everyday survival during WW2. Very few of the tales were about the actual fighting, more about being 'bombed out' , or rationing or 'making do!'

A Week in Time is a story of everyday lives and relationships, of 'working class' neighbours and families living in close proximity, living out their reality of WW2 Britain. Just a short story, that includes laughter and light and hope and disappointments and spirituality.

Most importantly, to me, a happy ending. I wanted to encourage others who have dreamed of writing and not yet made a start.

My book was published in November 2017.  I'm now working on a story about family and homelessness, inspired by a walk through the city centre, mid afternoon , and seeing so many youngster 'sleeping out' in the cold. I hope to publish in November 2018.

There are editing and publishing companies that will guide a writer through this process, without them A Week in Time would still be a story on an A4 notepad.
Bett Rose
# # #
About the Author 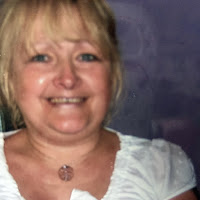 Bett Rose was born in Coventry, UK in the early 1950's, the youngest child of six. After retiring from a career in nursing, Bett and had time to enjoy reading more and writing a few letters to magazines. For many years she wrote relaxation scripts for patients and philosophies for her church, which proved to be good preparation for becoming an author.
Original link