Guest Post by Greg Howes, Author of The Man Behind The Glass 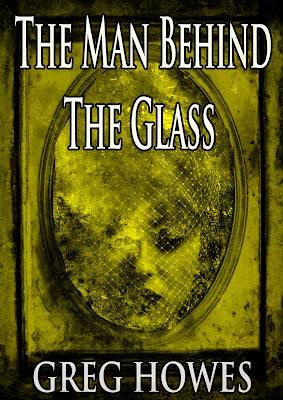 Available on Amazon UK and Amazon US
Septimus Blackwood is a Victorian photographer with a difference. Set in London’s East End in the year 1860, this Gothic adventure follows a man’s quest to capture life and cheat death through photography. Septimus races against time to discover his family’s long lost legacy buried deep amongst the forgotten rivers and cellars of old London. Unbeknown to him a mysterious old woman looks on....
Like most people my earliest remembrances of creative writing were those endured at the school desk, born out of necessity rather than joy or foreboding. That situation soon changed when a keen eyed English teacher by the name of Mrs Wright (I tell you no lie) noticed a modicum of talent for poetry, prose and any other work that needed an unbridled imagination.

I think I was as surprised as she was to have discovered this given that my handwriting looked like something only achievable by using a broken spirograph set. These wonky words were often emblazoned upon paper so creased it would make walnut blush. In spite of, or maybe because of these presentational dilemmas, she noticed something lurking in the undergrowth. That something was a kind of poetical empathy and deep appreciation for the natural and historical world around me. I was also fascinated by what lay behind these strange forces and events of yesteryear, for me the natural world was never more alive and the past never quite dead.

The credit for giving my Victorian mystery and suspense novel “The Man Behind the Glass” wings, lies predominantly at the feet of my mother Jennifer Howes. It was she who gave me the quest upon which my spark of an idea was struck. She asked each family member to write and recite a short eerie tale to be told around the fire-side the night before Christmas. Little did I know at the time that the spark was going to turn into a blaze; a blaze of ideas that fed off all of my knowledge of Victorian London and a lifetime of inspiration.

At the point of the story’s conception, I had been working as an historical researcher (for TV, radio and private clients) for fifteen years. More often than not those studies took me back to the nineteenth century and the murky waters of Dickensian London (and Britain as a whole). I was already quite familiar with the heart and the history of the city as my grandparents lived close to its core. My Irish born grandfather was an inspirational enthusiast of London, taking great pains to walk me around all of the obvious places of interest, as well as the not so obvious.

The mystique of Victorian London never ceases to excite, appal and bewitch me all at the same time. Its mysteries are endless, its allure irresistible. It was a time of immense contrasts, exploration, discovery and experimentation. Some of those fantastical discoveries were made in the light, others in almost total darkness. It is out of this world that the shadowy figure of Septimus Blackwood first emerges from the banks of the Thames. He is a man of vision and secrets, a man who seeks to combine the energies of both light and dark. A man determined to capture life and cheat death through the fledgling art of photography. Septimus is also haunted by his family’s past, and a long lost legacy believed to be buried deep amongst the forgotten rivers and cellars of the old city. Little does he know that an elderly woman watches, and awaits her time… 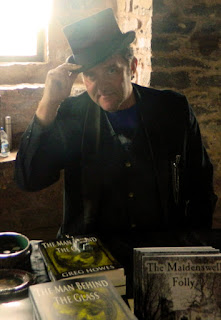 Greg Howes is a genealogist, writer and historical researcher based in Pembroke, South West Wales. Greg’s work as a researcher has seen him present (and research for) family history programmes on television for both the BBC and ITV channels. He has taught family history (and horticulture, in his younger days) and featured on national and local radio stations answering questions and giving advice on family history and the historical landscape. He has written many articles for magazines on subjects as diverse as local history, dating and archiving old photographs, and the history of woodland and ancient trees in the landscape. Greg’s other great passion is photographic art and design. He has recently released a book featuring some of his work entitled, The Dark Room, which includes fifty (mainly) black and white images of his designs. His other pastimes include walking, watching motorcycle speedway and reading. You can find out more at Greg's website http://themanbehindtheglass.co.uk/ and find him on Facebook.
Original link