He left to save himself, but ended up losing her by @lucythenovelist~ #ComingInHot Author Spotlight #RPBP #ASMSG #Giveaway

Today's Spotlight
Save Me 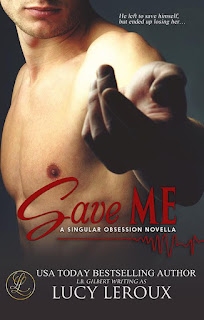 He left to save himself, but ended up losing her…

Two years ago Eric Tam left Las Vegas, his career in shambles. Now he’s rebuilt his life, but it’s conditional on one thing—he can’t go back. Until he gets the one phone call that changes everything. His former lover, the one he still dreams about, is in trouble with their mutual boss.
It’s been years since Andie saw her first love, Eric. And she definitely doesn’t want to see him now, not when her life is a complete mess. But unlike Eric once did, her problems aren’t going away. She’s trusted the wrong people. Soon it becomes clear it’s not just her job on the line. It’s her life… 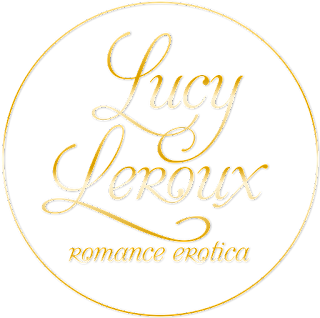 Seven years ago Lucy moved to France for a one-year research contract. Six months later she was living with a handsome Frenchman and is now happily married to him...and still in France.
When her last contract ended Lucy turned to writing. Frustrated by the lack of quality romance erotica she created her own.

Cursed is the first of many regency novels. Additionally, she writes a bestselling contemporary series. The 'Singular Obsession' books are a combination of steamy romance and suspense that feature intertwining characters in their own stand-alone stories.
Follow her on twitter @lucythenovelist or http://www.facebook.com/lucythenovelist or visit www.authorlucyleroux.com.

My name is Lucy and I write the bestselling 'A Singular Obsession' Romance Erotica Series. It’s a combination of contemporary romance erotica and suspense. I have a lot of fun writing these books which feature strong intelligent women—characters my readers can like and respect. My goal is to write entertaining romances with heros and heroines you don’t want to punch in the face! They are also blisteringly hot. I have always enjoyed honest and somewhat explicit sex scenes when I read, so that’s what I write.

Tell us about your title featured in this set:
My book Save me is a stand-alone novella in the series. It’s premiering exclusively as part of the Coming in Hot box set!

Save Me is one of my shorter works, but I didn’t set a record on this one, mainly cause I’m a new mom. I have a one year old who objects to the amount of time I spend on my computer :P Luckily I have some loyal fans who push and prod me for the next book in the series.

Tell us something about yourself:
If you’ve read my books I often feature women who work in scientific fields or have advanced degrees. That’s me sprinkling little bits of myself in my heroines. I have degrees in Biology from Harvard and Berkeley and I used to study fungi. I moved to France for work on a US grant but when the money became French so did the personnel :P. That’s when I turned to writing. It is WAY more entertaining.

Tell us about your writing process:
I used to write very fast pre-baby. Post baby it’s been something of a struggle finding the time. I have to wait till she’s asleep or at daycare. I only get a limited amount of subsidized care here in France but it’s support a lot of working moms are lacking in the States!

What is your favourite genre to read?
I usually like to read the genre I’m writing in. I do three-contemporary romance erotica, paranormal regency erotica, and clean paranormal romance as L.B. Gilbert. It’s especially helpful when writing historical to immerse yourself in other works set in the same time period. It helps consolidate and enrich all the details of setting and culture that I want to include in my own work.

What would you say is the one thing are you most passionate about?
For me I would say this is writing characters who are honest and have integrity. I have always disliked emotional immaturity in characters. I especially hate when a character’s immaturity/stupidy is used to move a story forward. I hate conflict that could be resolved with a simple conversation and a little honesty. This doesn’t mean I write paragons of virtue. My characters are honest and real and sometimes flawed.

Some would argue that my men often do stupid things and that creates conflict in my books. Yes, they do! They are supposed to be real men after all :P

When you are not writing, what do you like to do?
What do I like to do or what do I HAVE to do? Most of my free time goes to baby and husband. We are homebodies, but there’s some advantage to living near downtown Toulouse. When we do want to do something we can generally find something to do. Unless it’s Sunday. Then everything is closed.

If someone who hasn’t read any your books asked you to describe your story in this set (the elevator pitch!) what would you say?
Save Me is about the one that got away. When circumstances and his own personal demons forced Dr. Eric Tam to leave Las Vegas, he left someone important behind. Two years later he hears she’s in trouble and he’s on the next plane there.

She glanced down at her notes and her heart dropped to her knees when she read what she’d mindlessly typed—Call Eric.

Oh, hell no. She deleted the note and shoved the phone in her pocket.

She wasn’t going to get in touch with him. Not after all this time. Andie swallowed and blocked the mental image her brain had just thrown up, but it was a particularly vivid one of Eric’s head buried between her legs.

Squirming in her chair, Andie blushed while fighting tears. It had been two years, but it still hurt to think about him. Recklessly in love for the first time, she’d done things with Eric she still regretted.

I was a completely different person back then, she reminded herself. Everyone had one person they went completely stupid over. Dr. Eric Tam was that person for her. But he was in the past—and he was staying there.

Andie ground her teeth, trying not to think about him. Which meant he was the only thing on her mind now.

When Eric had first started coming to Lynx as a regular she’d been immediately infatuated with him. He was tall, with broad shoulders and movie star good looks. She’d gone so far as to bribe another waitress to give her his table. After a night of determined flirting, he’d made sure to sit in her section whenever he came back. One night she had “bumped into” him in one of the dark corners of the club. He’d wasted no time taking her up on her unspoken offer. They had jumped into a physical relationship that night, her very first.

Images of wild lovemaking in expensive hotel rooms flooded through her…dancing and having sex on the roof of the hotel…hooking up in the storeroom. Sucking him off in the bathroom—which to her shame had been her idea.

He didn’t even realize you were a virgin your first night with him. She hadn’t told him.

Andie had been in her early twenties and was worried he would think it weird to be inexperienced at her age. But she hadn’t wanted anyone enough to get physical before. Not until she met him.

Eric lived up to her every secret desire and expectation for a first lover. Soon she was like an addict, panting after him like a sex-crazed lunatic.

In the end, the man of her wet dreams had left her in the dust like everyone else in her life. It didn’t matter that she loved him. It was over and done with. And the only salve to her savaged pride was the fact he had no idea how deeply she cared for him. She never told him and he never asked.