He wants you only to fulfill his needs 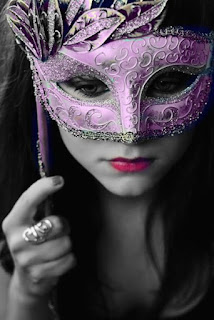 Do you know how to make a difference between a guy who likes you and a guy who loves you? Many women make mistakes by listening to compliments from guys who only want to drag them to the bed.
A woman's vanity will blossom when a guy says: "You are so different from other women." Indeed, this is his tricky way to get what he wants because he likes you and you are a suitable temporary match, but he doesn't want to be obligated to you.
To simplify this, I will say that a man might want many women to have sex, but just one to love her and care about her.
Did you already hear this story?
"You look very beautiful tonight. I am burning for you. You are sexy."
Later on, it could be another story.
"I thought this is only the adventure. I am not ready for something serious at this moment."
If you get only silence and there is no response, this is a response for you. You were not important to him otherwise he would call you. Men love to avoid conversation which would lead them in problems and explanations. As much a man is horny when he makes love with you, he can chill when he finishes his task.
If you pick a silence instead of nagging, he will think about. You gave him a free space and choice. The bigger effect is if you show him that you are busy and that your time is limited. You are an independent woman and you will not make problems to him. He might raise his interest for you so he will ask himself: "Can I get this woman, she is so mysterious ?"
There are some cruel reasons why a man spent the night with you, and it has no connection with love.
He was on long abstinence.
He wanted comfort because his wife left him.
He wanted to have sex with you because you are a beautiful woman and his friends talked about you.
He heard that you are a promiscuous woman.
He wanted to get revenge to his girlfriend who cheated him.
He felt lonely.
What really matters is his behavior later. If he calls you and he is curious what are you doing, if he makes plans with you, you got him. Otherwise, he just wanted to fulfill his needs and you were there for him.
Original link
Original author: Kristina Gallo