His ego likes you, but you don't owe his heart 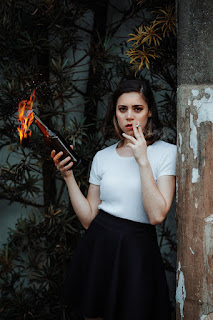 Did you ever been in a situation that someone let you like him? He loves your attention, your time that you give him, your kindness. He is nice toward you because you treat him like a king. But, if you want his heart, you will not get it, because his heart belongs to someone else.
Some women make mistakes in an attempt to get close to a man through friendship. Just because you are always here for him, it doesn't mean you will get his love. Love needs distance, conflicts and chemistry to develop. Such women will ask, but why he chose her who was mean toward him, but not me who was always there?
Men are hunters. If their trophy is easy to get they will play like with a rabbit. If you are not an easy trophy, if you run, their hunter's instinct will grow.
Clint got married recently. His wife was beautiful and young, but he craved to be with another woman. He knew her for years, but she was kind of nasty toward him. Her tongue was always fast, she teased him and made him furious from time to time. In opposite, his wife was an obedient one, and it became boring. Clint was always excited when he met with another woman, even he did not touch her. That mental connection was stronger than love toward his wife. His wife cuddled his ego, but his heart rejected her.
Some advice to women who chase men:
Don't be a too good woman. (Don't be obedient, don't clap on everything he says or does.)
Don't let him ask for you for the wrong reasons. (He might be lonely or wants someone for comfort).
Don't dedicate all your free time for him. (You have life, don't make him priority if you are just an option.)
Don't be a substitute, when another woman leaves her spot.
In all these cases, you are cuddling his ego, but you are not filling his heart. If you respect yourself, you will not lose your dignity for the sake of a relationship with him. In this case, you might get his attention, but you will not get his respect toward you.
Original link
Original author: Kristina Gallo