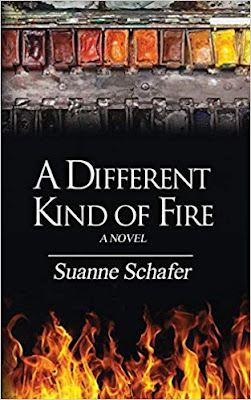 New on Amazon UK and Amazon US
Ruby Schmidt has the talent, the drive, even the guts to enroll in art school, leaving behind her childhood home and the beau she always expected to marry. Her life at the Academy seems heavenly at first, but she soon learns that societal norms in the East are as restrictive as those back home in West Texas. Rebelling against the insipid imagery woman are expected to produce, Ruby embraces bohemian life. Her burgeoning sexuality drives her into a life-long love affair with another woman and into the arms of an Italian baron.

With the Panic of 1893, the nation spirals into a depression, and Ruby’s career takes a similar downward trajectory. After thinking she could have it all, Ruby, now pregnant and broke, returns to Texas rather than join the queues at the neighborhood soup kitchen. She discovers her life back home is as challenging as that in Philadelphia.

A Different Kind of Fire depicts one woman’s battle to balance husband, family, career, and ambition. Torn between her childhood sweetheart, her forbidden passion for another woman, the nobleman she had to marry, and becoming a renowned painter, Ruby’s choices mold her in ways she could never have foreseen.

Praise
“Writer Suanne Schafer spins a unique tale of a turn of the 19th century Texas heroine and her way of artistic expression. Her paintings shock her contemporaries and the love she’s drawn to shocks herself. A Different Kind of Fire depicts the journey of a determined woman to meet life on her own terms.” –Pamela Morsi, USA Today Bestselling Author of 26 books including The Cotton Queen and Bitsy’s Bait & BBQ“If you love historical novels about women who throw off the shackles of feminine convention, then this book is for you. In spare but sensuous prose reminiscent of Cormac McCarthy and E. Annie Proulx, Schafer brings Ruby Schmidt to life–a woman who doesn’t belong in the late nineteenth century but gradually finds her place in the twentieth. You can’t help but root for Ruby as she grows from Texas farm girl, to a freethinker and lover of men and women in Philadelphia, and finally into a consummate artist. This is a powerful and deeply satisfying read.” –Helena Echlin, co-author of Sparked and author of Gone “An exceptional first novel. Schafer has woven a cohesive tale from disparate elements–a stark life in the rugged countryside of 1890s Texas vs the gentility of an arts academy in the East; a traditional marriage and motherhood vs a secret and haunting sexuality. Unequivocally recommended!” –Michael R. Hardesty, Author of Amazon Best Seller, The Grace of the Ginkgo“With rare artistry, Schafer paints a life both creative and cursed in A Different Kind of Fire.–Willa Blair, Award-winning Amazon and Barnes & Noble #1 bestselling author of His Highland Love, Highland Troth, Highland Seer, and ten other books “The saga of a young woman determined to follow her dream, whatever obstacles cross her path.” –MJ Fredrick, author of A Texas Kind of Love, Smitten in a Small Town, and twenty-five other books, a two-time Epic Awards winner and a four-time RWA Golden Heart finalist
# # #
About the Author 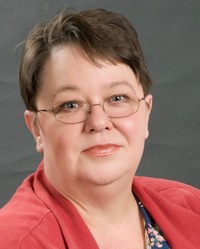 Suanne Schafer, born in West Texas at the height of the Cold War, finds it ironic that grade school drills for tornadoes and nuclear war were the same: hide beneath your desk and kiss your rear-end goodbye. Now a retired family-practice physician whose only child has fledged the nest, her pioneer ancestors and world travels fuel her imagination. She originally planned to write romances, but either as a consequence of a series of failed relationships or a genetic distrust of happily ever-after, her heroines are strong women who battle tough environments and intersect with men who might—or might not—love them. Suanne completed the Stanford University Creative Writing Certificate program. Her short works have been featured in print and on-line magazines and anthologies. Her debut women’s fiction novel, A Different Kind of Fire, explores the life of Ruby Schmidt, a nineteenth century artist who escapes—and returns—to West Texas. Suanne’s next book explores the heartbreak and healing of an American physician caught up in the 1994 Rwandan genocide. Find out more at Suanne's website suanneschaferauthor.com and follow her on Twitter @SuanneSchafer
Original link