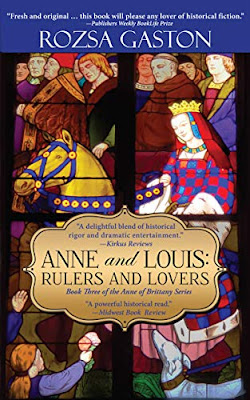 New on Amazon UK and Amazon US
Discover the story of Anne and Louis’ greatest conflict in
Anne and Louis: Rulers and Lovers
Book Three of the Anne of Brittany Series.
France, 1506:  In the dawn of the sixteenth century, Louis XII, King of France, wants his daughter to succeed to France’s throne as queen-consort. Anne, Duchess of Brittany and Queen of France, wants her daughter to succeed to Brittany's ducal throne, where she will one day rule, not just sit next to one who rules.
ANNE AND LOUIS: RULERS AND LOVERS
Excerpt from chapter 17:
The year 1506 began well, although Louis’ health was delicate. The doctors had suggested he remain in Blois with its mild, dry climate and the queen at his side, inarguably the king’s most attentive nurse. Basking in the great prestige of having provided the King of Spain with a wife from their court Anne and Louis rested easy, in accord on all points except the question of Claude’s marriage.
Louis tried everything to make Anne understand that on this one point, he was unable to yield. It wasn’t just a question of what he wanted. It was a question of what his subjects wanted, too: a French husband for their king and queen’s only child, not a foreign prince who would not only take Claude to a foreign land but also sweep into his possession Claude’s substantial dowry.
This included the duchies of Brittany, Milan, and Burgundy, the counties of Blois and Asti, and the territory of Genoa, now occupied by France. Given that the princess royal was her parents’ only child, her inherited holdings were too great for many of the French to feel comfortable seeing them handed over to a foreign prince.
“Madame, I would see our mice allied to rats from our own barn. Wouldn’t you?” Louis jested, hoping to assuage Anne.
“Monsieur, I would see our daughter married to a future emperor of the Holy Roman Empire with Spain and the lands of the new world in his portfolio, rather than a small rat who heads only one realm.”
“Madame, do you speak of my kingdom as insubstantial then?” Louis glowered at his wife.
“Monsieur, you and I both know that France enjoys prestige beyond any other kingdom in Europe. But a Queen of France does not rule. I wish our daughter to rule over her subjects, as a Queen in Brittany, Spain, or England does. Do you not wish your daughter to come into her full inheritance, my husband?”
“I do not wish our daughter to gift a foreign prince with what belongs to France.”
“Ahh, husband, but Brittany does not belong to France.” Anne faced her husband.
Not yet. Eyeing his wife Louis held his tongue, weighing the future against the present. Brittany did not belong to France at the present moment, but the inevitability of Anne’s duchy coming into France’s domain was apparent to him.
For the present, what was essential was to secure his succession by seeing his daughter ascend the throne of France as queen-consort, but at the same time to retain his wife’s affection and support. How the devil he was supposed to accomplish this remained to be seen.
“M’amie, do you prefer that our daughter rule a small duchy or sit on the throne of Europe’s most glorious kingdom?”
“I prefer her to rule, Monsieur, and not just sit at the side of one who does.” Anne flicked back her headdress.
“Then you would rather Claude rode a donkey than sat pillion on a thoroughbred?”


“Do not compare my country to a donkey. I have already been compared to one myself by your Parisians, and it does not suit,” Anne sniffed.
“Madame, I agree, but you know my meaning.”
“I know that you think nothing of insulting my country, although I am not allowed to insult yours.” Anne put her hands on her hips.
“My lady, as Queen of France, this is your country too.”
“But it is not my kingdom and its people are not my subjects, as are my Breton people.”
“It is still your responsibility to listen to your husband.” Obey your husband was what he wished to say, but thought it unwise given the moment. God forbid she lose her temper and flounce off to Brittany again for another four months’ stay.
“I listen, but I do not like what I hear.” Anne narrowed her eyes at him.
“Then hear you the tale of the roebuck and take heed.”
“What tale is that?”
“Once upon a time it was seen fit by our Lord to give antlers to both the stag and the roebuck. But the roebuck used her antlers against the stag and so God had to remove them. It has been so ever since, has it not, wife?”
“Husband, do you see me using antlers against you?”
“I sense a certain pointedness from your direction.”
“I use the same arguments against you that you use against me. You would not have me diminish the power of your realm. I would not have you diminish the power of mine.”
“I need not point out whose realm is bigger.”
“Nor need I point out in which realm our daughter’s authority would be greater.”
“Madame, you are without antlers. Therefore, I must prevail.”
“Monsieur, I am not without a voice and I will use it.”
“God knows you will.” Louis put a hand to his forehead, feeling a headache coming on.
“Do not forget that I love you, Louis,” Anne’s voice softened.
“And I you, m’amie. But I would prefer to have peace between us.”
“I know, husband. As for me, it is not peace so much that I prefer but your continued health.”
“Thank you for that, wife. But try to back off this argument because I see no way other than the one I have chosen.”
“I will help you to see another way soon.” Anne smoothed his forehead, gliding her fingers over his closed eyes then down to his mouth.
“I was afraid of that,” Louis’ muffled voice came from under her touch. His headache was gone.

This late medieval to early Renaissance ruler of Brittany provides a strong role model to women in leadership positions today. She has been largely overlooked due to French mistrust of her as a foreign queen who favored Brittany's interests over those of France. She is the only woman in history who was twice crowned Queen of France.

A rigorous proponent of the education of women, Anne of Brittany was also one of Europe's biggest patrons of the arts, largely responsible for bringing the Italian Renaissance to France and Brittany, which was an independent realm during her lifetime, from 1477-1514.

Readers of Tudor history, in particular, will enjoy expanding their knowledge of historical figures in Brittany and France who ruled during the Tudor era.

It is interesting to note that Anne of Brittany's father, Francis II, Duke of Brittany, provided shelter and support to Henry Tudor during his years of exile in Brittany before ascending the English throne in 1485, marking the start of the modern age. Brittany itself maintains a strong Celtic identity since the 8th century when it was settled by explorers from Wales and Cornwall.
Foreword page for ANNE AND LOUIS: RULERS AND LOVERS

Some thirty-five years ago French historian Bernard Chevalier commented that the reign of Louis XII, Anne of Brittany’s husband, was a “no-man’s land, where neither medievalists nor modernists dare to go.” Unfortunately, that remains largely true still today, and the world knows little about this royal couple, who are two of the most fascinating figures of French history.

Anne of Brittany was unique among French queens in twice being queen, having her own source of power and authority as duchess of Brittany, and exerting robust influence over her husband. Louis XII, the only king to receive the title of “Father of the People” from the Estates General in 1506, was among the best-loved French kings.

With this book, the third in a series on the life of Anne of Brittany, Rozsa Gaston makes a major contribution to English-language historical works on Louis XII and his queen. It covers the middle period of both Louis’s reign and their marriage, which were virtually concurrent. It presents them as secure in both authority and marriage, after complications of Louis’s succession to the throne and his prior marital problems and before the disappointments of their last years, in particular their failure to produce a son to succeed him.

Gaston’s well-crafted imagining of the private life of Anne and Louis is historical fiction, but one that is based on a solid foundation of historical fact.
Frederic J. Baumgartner, author of Louis XII
Professor Emeritus of History, Virginia
Polytechnic Institute and State University 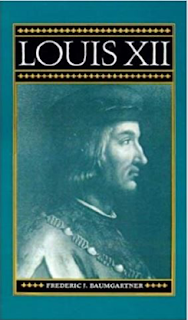 Wishing Tudor and Renaissance history readers a richly fulfilling 2020. May a spark ignite your interest in Anne of Brittany’s story and help it to flame alive in the new year ahead. 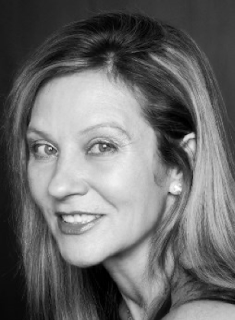 Rozsa Gaston writes playful books on serious matters, including the struggles women face to get what they want out of life. She studied European history at Yale, and received her Master’s degree in international affairs from Columbia University. She worked at Institutional Investor, then as a hedge funds marketer. Entirely unsuited to the world of finance, she was delighted to give it up to become a full-time novelist. Gaston lives in Bronxville, New York with her family and is currently working on Anne and Louis: Final Years, Book Four of the Anne of Brittany Series. If you read and enjoy Anne and Louis: Rulers and Lovers, please post a review at http://lrd.to/rulersandlovers to help others find this book. One sentence is enough to let readers know what you thought.  Drop Rozsa Gaston a line on Facebook to let her know you posted a review and receive as thanks an eBook edition of any other of Gaston’s books: Sense of Touch, Anne and Charles, Anne and Louis, The Least Foolish Woman in France, Paris Adieu, or Black is Not a Color. Visit her at www.rozsagaston.com or on the Anne of Brittany Series Facebook page https://www.facebook.com/rozsagastonauthor and Twitter: @RozsaGaston
Original link