Historical Fiction Spotlight: Of Knights and Dogfights: A WWII Novel, by Ellie Midwood 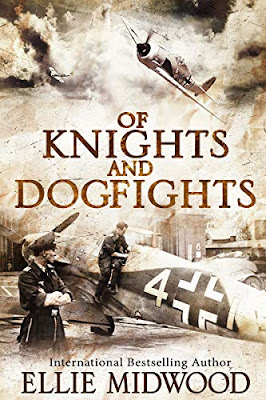 Available on Amazon UK and Amazon US
Austria, 1938: On the verge of the most devastating war of all times, four young men found themselves sharing a room in a flying school dormitory. A bohemian Berliner, a Flieger-Hitlerjugend member, a prodigy pilot, and a butcher’s son, with nothing in common but their love for the Luftwaffe and the freedom the sky has to offer.
The bond they develop is put to the test by what might be a stronger adversary - war itself. Over the English Channel, in the dusty skies of Africa, on the brutal Eastern front, they will discover where their loyalty lies, and what true bravery means.
“It’s Großdeutsches Reich, soldier. When one has a family at home, it doesn’t leave him many chances for the revolt.”
As the war progresses, Willi and Johann grow more and more disillusioned with the regime they’re protecting with their lives. An SS unit appearing on their base to claim one of their own; bits of conversation revealing the truth about the extermination program accidentally overheard during the official reception - the pieces of the puzzle are slowly coming together, but it’s too late to do anything but fight to the bitter end, whatever it may bring.
Set during one of the bloodiest wars in history, “Of Knights and Dogfights” is the story of the shattered illusions of youth, tyranny and freedom, friendship and love guiding one out of the darkest hell of Soviet captivity.
# # #
About the Author 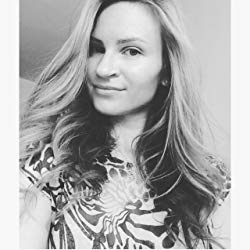 Ellie Midwood is an award-winning, best-selling historical fiction writer. She's a health obsessed yoga enthusiast, a neat freak, an adventurer, Nazi Germany history expert, polyglot, philosopher, a proud Jew and a doggie mama. Ellie lives in New York with her fiancé and their Chihuahua named Shark Bait.
Find out more at http://elliemidwood.com and find her on Facebook
Original link