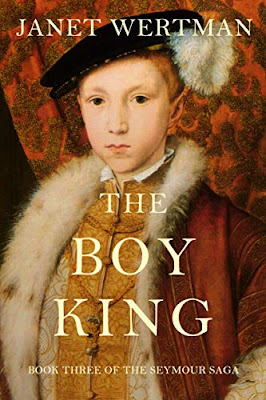 Available for pre-order from
Amazon UK and Amazon US

Motherless since birth and newly bereft of his father, King Henry VIII, nine-year-old Edward Tudor ascends to the throne of England and quickly learns that he cannot trust anyone, even himself.

Edward is at first relieved that his uncle, the new Duke of Somerset, will act on his behalf as Lord Protector, but this consolation evaporates as jealousy spreads through the court. Challengers arise on all sides to wrest control of the child king, and through him, England.

While Edward can bring frustratingly little direction to the Council's policies, he refuses to abandon his one firm conviction: that Catholicism has no place in England.

When Edward falls ill, this steadfast belief threatens England's best hope for a smooth succession: the transfer of the throne to Edward's very Catholic half-sister, Mary Tudor, whose heart's desire is to return the realm to the way it worshipped in her mother's day.

"The conclusion to The Seymour Saga is a sheer delight...Wertman has created a magnificent window into the lives of the Seymour family, and 'The Boy King' is the piece de resistance of the entire series."  - Adventures of a Tudor Nerd 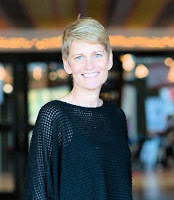 Janet Wertman grew up within walking distance of three bookstores and a library on Manhattan’s Upper West Side – and she visited all of them regularly. Janet spent fifteen years as a corporate lawyer in New York, and co-authored The Executive Compensation Answer Book. After moving to Los Angeles with her family and switching careers, Janet became a highly successful grantwriter for non-profits took up writing fiction. Janet is thrilled to finally be releasing the first book in The Seymour Saga series: Jane the Quene. The second book, The Path to Somerset, chronicles Edward Seymour’s rise after Jane’s death to become Lord Protector of England and Duke of Somerset – taking us right through Henry’s crazy years. Finally, the third book, The Boy King, covers the reign of Jane’s son, Edward VI, and the string of betrayals he suffered. Find our more at Jane’s website janetwertman.com and follow her on Facebook and Twitter @JaneTheQuene
Original link
Facebook Twitter LinkedIn Pinterest
How do you feel about this post?
Happy (0)
Love (0)
Surprised (0)
Sad (0)
Angry (0)
Blog Closed
Review of The Dead At Heart