Romance
Uvi Poznansky
If you can not see this chirbit, listen to it here https://chirb.it/7zcqOg
He stopped at the nearest grocery store to buy fresh strawberries. Their smell was arousing. It stopped him from thinking about Bull, Mr. Armstrong, and the cops. In place of these thoughts, he recalled the time he and his sweetheart had prepared dinner, just a few days ago. Their kiss had lasted no more than a minute, a lingering touch of his lips to hers, before he had eased away.
How Ash knew he would be coming home for breakfast he had no idea. He didn’t know it himself, until crossing the threshold. But there she was, setting two plates on the kitchen table.
The mouthwatering smell of strawberries started permeating the entire place. Ash came over, swaying her hips ever so slightly, and gave him a luscious smile before brushing her lips over his.
“If I didn’t know any better,” he said, half-jokingly, “I’d think you’re trying to seduce me.”
Her voice was ever so velvety. “Who’s trying?”
“Oh, sweetie, I’m so hungry.”
“So am I.”
On the cutting board, bread slices had just been cut out by a heart-shaped cookie cutter. He dipped them into the shallow bowl, where she had whisked together eggs, milk, and a bit of almond extract. Ash melted some butter in the large skillet, and when it started to bubble, she toasted the dipped bread hearts in it until they turned golden brown.
Meanwhile, he combined confectioners’ sugar and the remaining butter and extract, to create his own concoction: almond butter, which she spread over each slice of the French toast. He caught her hand, playfully, and licked off the buttery tips of her fingers, one by one.
With a side of plump strawberries, their breakfast smelled absolutely scrumptious. He was just about to sit down, when Ash said, “You know, when I was growing up, my mom told me never to eat in bed, or there would be trouble.”
“So did mine,” said Michael.
They looked at each other and could not help but bursting in a little giggle, like children being caught thinking of a forbidden act, which made it doubly as delicious to dare doing it.
Excerpt from Virtually Lace 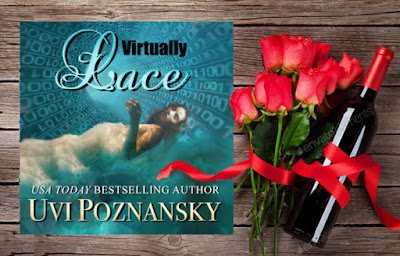 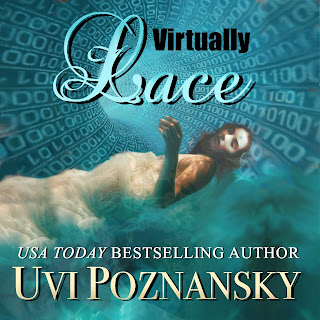 Haunted by discovering the body of a beautiful dancer, Michael sets out to create a virtual reality simulation of her murder. Can he bring the mystery to life? Can he solve its clues in time, before the killer turns on the woman he loves, Ash?
Original link

More posts from author
Sunday, 29 March 2020 Gift for Mom
Friday, 27 March 2020 Stepping into a dead man’s shoes is a tricky thing
Saturday, 21 March 2020 This author paints stories as beautifully as she paints canvas