Interview with Linda Hughes, Author of Secrets of the Island (The Secrets Trilogy Book 2) 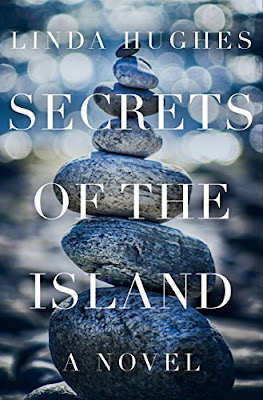 Available on Amazon UK and Amazon US
When Red Cross nurse Harriet escapes the trauma of WWII and sequesters herself in her grandfather's cottage on Mackinac Island, she has no inkling about her heritage. But as one shocking clue after another surfaces—disclosing lies, corruption, madness, and murder—the family realizes that it’s not just their ancestors that remain a mystery.
Today I'm pleased to welcome Linda Hughes to talk about her writing:

Tell us about your latest book.

Secrets of the Island is a romantic suspense novel that is second in my Secrets trilogy. First was Secrets of the Asylum, which took place in 1921. It’s that protagonist’s daughter who is the central character in Secrets of the Island, set on Mackinac Island, Michigan, in 1943. There’s mystery, romance, murder, a bit of mayhem, and a lot of adventure. The story takes you to this historic island in an era gone by, while a family attempts to unravel the destruction left by generations of deceit. Adding to the suspense are their own astonishing secrets, kept from each other.
Secrets of the Island poses this question to the reader: What secrets are buried in your family tree?

I strive to walk my dogs, have my muffin and coffee, and finish any quick chores by 9:00 a.m. so I can start writing. After a couple of hours I workout and have lunch. Then back at it for two or three hours. I make myself get up out of my chair by 4:00, in case there’s anything else in the world I need to pay attention to. Some afternoons go to hell in a handbasket quickly, as you can well imagine, when other things come up, which makes that morning writing more critical. I try not to let myself write in the evening, although I often go over outlines and notes. Mostly, I like to read other books at night while I watch TV or do nothing else. I follow this routine five days a week as much as possible. Otherwise, those books never get done.

What advice do you have for new writers?

I read something once – so I can’t take credit for it – that writers need to be ready to be disturbed, focus, listen to your pages, meet goals, and trust yourself. Good advice.

I’ve learned to circle out. Start with the most obvious, close circle of people I know, and work out from there. I ask who they know, and who those people know. I do all the usual social media things but have also had nice success with signings at book stores, libraries, and historical societies. Mostly, I’ve connected with those places through people I already know. And then I get to know the folks who work in those places, and they refer me to other places. I also belong to a couple of writers’ clubs that are very supportive.

Tell us something unexpected you discovered during your research

The patriarch of the family in this trilogy was once a lumberjack, before becoming a business tycoon. I had to learn all about “shanty boy” life in the mid to late 1800s. I was surprised to learn that many did this their entire adult lives, until they could no longer wield an axe. Most were not married. They moved around from forest to forest, following the trees. When they got old and couldn’t work, they were customarily taken into asylums, even though their minds were fine. They simply had no place else to go. What a life!

A rape scene. I had to make it quick and give her immediate revenge.

The last book in this trilogy is next: Secrets of Summer. It’s 1965 and our protagonist is the twenty-one-year old daughter of the last protagonist. This girl cannot stay out of trouble! I’m having a blast writing her. She’s a real free spirit. 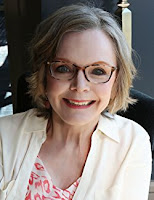 Linda Hughes is a native Michigander and a world traveler, having worked in thirteen countries and visited a couple dozen more, but Mackinac Island remains one of her favourite places. Her books have won awards from the National Writers Association, Writer’s Digest, the American Screenwriters Association, Ippy (Independent Publishers), and Indie Book of the Day. Find out more at Linda's website www.lindahughes.com and find her on Twitter @lghughesauthor
Original link