It is better to be alone than with fake friends 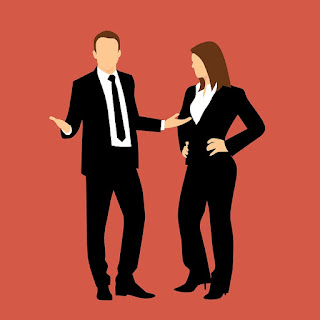 Some people love to live in illusion. Nobody comes to your birthday party? Don't pity yourself, if you are alone, you are in a good company. On the other hand, imagine that 10 people come to your birthday, and nobody of them isn't loyal.
Dubravka organized birthday in a coffee bar.  She gathered 10 girls to celebrate her 18th birthday. They came with gifts and she paid them drinks. Those were her guests. Until she was unpacking gifts, they talked to each other and neglected Dubravka. One of the girls, Simona, was a center of the attention because her ex-boyfriend Robert entered the bar.
"Oh, look who is here. Your ex, Simona." girls murmured.
"What are you doing here?" Robert approached the table, without greeting Dubravka.
Simona blushed and covered face with palms.
The unpleasant silence filled the air. Robert took a deep sigh and said:
"So, have fun. "
The rest of the evening girls were talking about Robert. Nobody asked Dubravka how she feels, what she wished for a birthday. She was on the edge of tears, especially when one of the girls, Ivana, said later: "All was spinning around Simona in your party."
So, I am asking you, would Dubravka better spent her time with parents, alone or with such friends?
People are afraid of loneliness. They will rather gather fake friends around than to face it with themselves.
They will sit in the corner of the party where they feel unpleasant.
They will stand in the circle where nobody asks their opinion.
They will forcibly smile to jokes which are not funny to them.
If you don't have your circle, don't be sad. We are not alone anyway. You are surrounded by colleagues at work. Your neighbors will not be quiet around you. You are not alone in the street. I know what you think, you are not close with anyone.
Well, you have your secrets for yourself. Nobody knows what is your weakness and which are your secret desires. Also, in the age of the internet is impossible to feel alone. There are millions of virtual friends who are waiting for you.
So, even you are alone, in fact, you are not lonely. You don't need to accept hypocrisy, fakeness and illusion of friendship.
Original link
Original author: Kristina Gallo

More posts from author
Tuesday, 14 January 2020 If you choose between friendship and your attitude, choose yourself
Friday, 27 December 2019 Sometimes you need to kick asses
Wednesday, 18 December 2019 You can't have everything you wish