It’s not immediately that I notice the smell

Romance
Uvi Poznansky
It’s not immediately that I notice the smell.
Perhaps it’s been covered—at least at the first moment, when I’ve stepped over the threshold—by the salty spindrift blowing in from Tampa Bay. Or else, perhaps I’ve been too distracted, too stirred up by this fever of mine, this excitement, which has been caused by my impulsive move to Clearwater, at least until the end of winter break. If I like it here, I may stay even longer, and who cares about school. Far from UCI Campus, free from the pressure of exams, and away from everyone I know, I can experiment with who I want to become. Let me start making a life for myself.
Let me start healing.
The muggy Floridian heat seems to come to a boil around me, even though the calendar says it’s still winter. My heart is pounding, my body—drenched with sweat. Having arrived here with my dog, Browny, who’s as agitated as I am during long car rides, I need to catch my breath. Over and over again, I feel like throwing up, which is a new thing for me.
Down to my sports bra and short pants, I’ve already vacuumed the sand that has caked into the damp old carpet, opened all the windows, some of which resist me at first, and tried to swat down a few flies. I’ve adjusted a few of the window screens as they are too warped to fit properly, taken down the heavy curtains to bring in more air, removed the cobwebs from the corners, oiled the hinges so the entrance door wouldn’t squeak, and attempted to fix the doorbell so it would produce some ring. No, not a ring exactly, it sounds more like a rasp, but at least it’s audible now.
Up to this point, I’ve considered myself lucky for renting this dilapidated beach house for next to nothing. Because of its quaint charm, I’ve overlooked some of its flaws. Now, too late.
Undeniably, there it is. The smell.
It hits me at the worst possible moment, when Ma rings the doorbell—it croaks—and I open the door—it creaks—feeling reluctant to lean on her, knowing that her love may push me back over the edge, it may turn me into a child.
Excerpt from Overkill 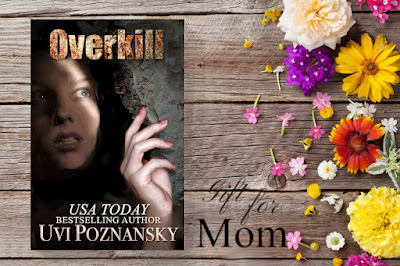 To be released just in time for Mother's Day! Preorder now:
Overkill
(Volume II of Ash Suspense Thrillers with a Dash of Romance)
Kindle ★ Apple ★ Nook
Kobo ★ Smashwords
The last thing Ash expects when she lands in Clearwater, Florida is to be stalked by a troubled teenager. If that's not bad enough, she is caught in a shooting spree next to the nearby elementary school. The cops think it’s an attempt at mass killing, but Ash wonders if the only victim was specifically targeted by the killer. Will she manage to identify him and have him arrested before he comes after her? 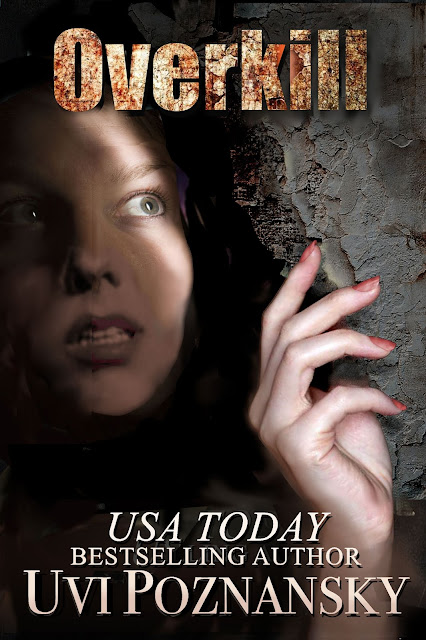