K. C. Sprayberry has a new book out!

Today my blog is all about about the latest offering from the multi genre American author, K.C. Sprayberry … 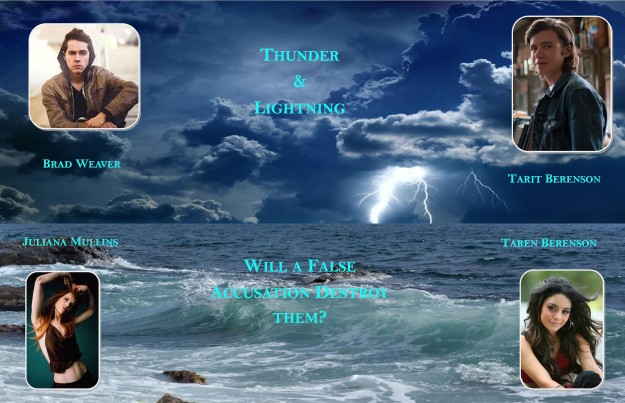 Welcome to the release of a brand new psychological thriller from K.C. Sprayberry. 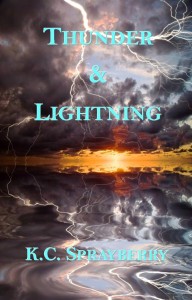 Thunder & Lightning is a new adult story suitable for mature young adult readers. It explores the dark world of false rape allegations, how they destroy lives, and leave people wondering what is right and what is wrong.

Blurb: The gridiron rivalry between the Georgia Bulldogs and the Auburn Tigers runs deep. Auburn has a knack of ruining Georgia’s perfect season at the worst possible moment…    The same can be said about Tarit ‘Lightning’ Berenson and his twin, Taren ‘Thunder’ Berenson. Tarit’s a running back for the Dawgs; his speed is legendary. Taren prefers online gaming; her skills are awesome.

Brad Weaver seeks justice for those falsely accused. He’s attempting to make up for his brother’s false arrest and subsequent “suicide” that evidence points to being a murder. Yet, proof of someone else’s involvement is hard to come by and he’s soon running at full speed to rescue Tarit from the same fate.

It all begins at a game, a win and revenge against a tough rival for University of Georgia Bulldogs.

Tarit’s words set up a mighty cheer on the night of the SEC Championship football game. His rejection of a girl’s advances at a party later that night turns the last half of his senior year of college into a nightmare without end.

Taren does her best to help her twin despite a lack of support from everyone, even their own parents. Her allegiance to him never wavers, nor does she stop searching for answers no matter what she has to do.

Time is running out…

Evidence mounts against him…

Until Taren makes a startling discovery…

Is it too late to save Tarit?

“We’re in the last quarter of the SEC final game of this season.” The announcer’s voice is barely audible over the roar of the crowd. “Tarit ‘Lightning’ Berenson prepares to receive the ball. Auburn’s Tigers are all over this talented running back, ready to stop him. But nothing has stopped Tarit all season. Will tonight be when ‘Lightning’ learns he’s not invincible?”

The voices echo in my head, reminding me the night that should have been my greatest triumph. The memory is the only thing I have left of what was once a stellar college career. Since the after-game party, when I turned down her advances and walked away alone, I’ve had to justify my every action. Juliana Mullins has been treated like a queen, given all kinds of sympathy and brought horror to my family. 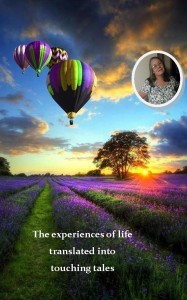 Born and raised in Southern California’s Los Angeles basin, K.C. Sprayberry spent years traveling the United States and Europe while in the Air Force before settling in northwest Georgia. A new empty nester with her husband of more than twenty years, she spends her days figuring out new ways to torment her characters and coming up with innovative tales from the South and beyond.

She’s a multi-genre author who comes up with ideas from the strangest sources. Those who know her best will tell you that nothing is safe or sacred when she is observing real life. In fact, she considers any situation she witnesses as fair game when plotting a new story.

Find out more about her books at these social media sites: