My Soul to Take

Good morning and welcome to wwwblogs. This month, we’re focusing on paranormal books. There will be a lot of visitors making an appearance but on Sundays and Tuesdays, this blog will be all about things that go bump in the night!
Ghosts, ghouls, demons, you name it and I find it fascinating. Anything that can’t be proven becomes a story in my head, a way to explain those mysterious bumps in the night or things moving when no one is near them. Oh, I’ve heard all the explanations about how it could be cars driving past or a minor earthquake—good luck proving the second one to me. I can feel earthquakes, having grown up in an area where they abound.
Welcome Leigh Podgorski to the blog today. She’s here, talking about her book, My Soul to Take… 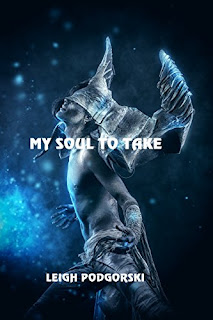 Get the eBook on Amazon
Blurb
Eric Bator was a loser. Lanky, awkward, and painfully shy, especially around girls, he was easily out-shined by his little brother Ray (already a rock star on his middle school football team) at home and his best friend Michael de Vries, leading quarterback and top scholar at St. Therese High School. Whenever Michael came to dinner, which was often, Eric shrank and disappeared into the walls like a ghost.
But all that was about to change.
From the moment Slate Jake, tall, blonde and cool, so cool, burst into his life with a wide grin splitting his face and a switchblade in his hands, and an introduction to the universe of magic, nothing would ever be the same.
Was this just some crazy whacked world of mysterious games Eric had entered, or had he freely stepped off the razor’s edge into a malevolent universe of pure evil that kept pulling him in deeper and deeper and from which there was no escape? 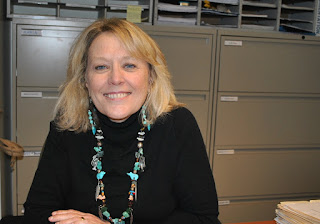 About Leigh Podgorski
I am an award-winning playwright and screen writer who began writing novels in 2010. My plays have been produced in New York City and Los Angeles as well as regionally. In 2006, with the help of a grant from the California Council for the Humanities, as well as numerous Southern California Indian Tribes, I was able to adapt my play We Are Still Here: the Story of Katherine Siva Saubel and the Cahuilla Indians of Southern Califormia to a documentary that I produced, directed, and wrote.
My work reflects my scholarship and fascination with the diverse cultures of the Earth and the mysticism and history that colors and influences the universe both within and without us.
In 1985, I had the distinct privilege of interviewing Dr. Elisabeth Kubler-Ross for my one-act play Windstorm. Here was a celebrated doctor who had penetrated the fourth wall, who saw visions, who communicated with the dead, and who, through her visions, taught us more about, as she said, not how to die, but how to live.
While producing the play festival CelebrateWomen, I interviewed another great woman, Cahuilla elder Katherine Siva Saubel. Dr. Saubel, like Dr Ross, was a great healer, and a great visionary. She could call the wind by whistling for it to blow down from the mountains to cool the steaming valley below.
“The film also portrays the Creation mythology of the Cahuilla, performed by a Native American cast, which is well done and sustains viewer interest. There are a lot of important ideas and traditions illuminated here. [The]film [s] will be appreciated by history buffs, students of Native American history, and general viewers.--Margaret B. Miller, Univ. of South Dakota Lib., Vermillion”--Library Journal Review.
I also worked for fourteen years as an Adjunct Assistant Professor of Basic and Developmental Skills at Glendale Community College helping both adult and high school students earn either their GED or HS Diploma. Just as Elisabeth Kubler Ross said it was her patients who were her greatest teacher, so were my students my greatest teachers. Many, if not most of my GED students were immigrants, the vast majority working all day and coming to school at night. These students, through their deep and profound love of America, taught me all over again what it means to be an American.
Social Media
Website Twitter Leigh Podgorski Facebook WS The Novel on Facebook
LinkedIn Amazon Author Page
Books
Western Song
The Season of the Neuri Knight
Silent Night
Stone Quest Series
Stone Quest Series Box Set
Desert Chimera
Gallows Ascending
Neuri Shape-Shifter
Ouray's Peak
The Women Debrowska
Original link