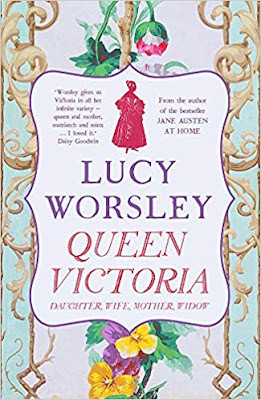 Who was Queen Victoria? A little old lady, potato-like in appearance, dressed in everlasting black? Or a passionate young princess, a romantic heroine with a love of dancing? There is also a third Victoria - a woman who was also a remarkably successful queen, one who invented a new role for the monarchy. She found a way of being a respected sovereign in an age when people were deeply uncomfortable with having a woman on the throne.

As well as a queen, Victoria was a daughter, a wife, a mother and a widow, and at each of these steps along life's journey she was expected to conform to what society demanded of a woman. On the face of it, she was deeply conservative. But if you look at her actions rather than her words, she was in fact tearing up the rule book for how to be female.

By looking at the detail of twenty-four days of her life, through diaries, letters and more, we can see Victoria up close and personal. Examining her face-to-face, as she lived hour to hour, allows us to see, and to celebrate, the contradictions at the heart of British history's most recognisable woman.
'Such a brilliant idea! Drilling down into Victoria's diaries Worsley gives us Victoria in all her infinite variety - queen and mother, matriarch and minx...I loved it.' Daisy Goodwin, author, and creator of ITV's Victoria 'The glory of this book is in the details, and the specific moments, that Worsley chooses to single out for mention, and in her cheerful voice as she leads us by the hand to the next window of Victoria's life calendar.' The Times
# # #
About the Author 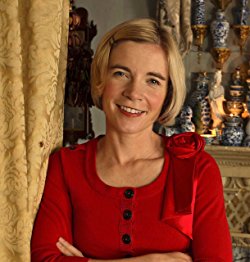 Dr Lucy Worsley is Chief Curator at Historic Royal Palaces, the charity which looks after the Tower of London, Hampton Court Palace, Kensington Palace, and other historic places. Her first paid employment after studying history at Oxford was at a minor stately home called Milton Manor, near Abingdon, where she fed the llamas. After that she became an Inspector of Ancient Monuments at English Heritage, doing historical research at Bolsover Castle in Derbyshire: this led to her first book, 'Cavalier', about a dissolute Royalist duke. Her work as a curator at Kensington Palace led to 'Courtiers', which was followed by 'If Walls Could Talk', 'A Very British Murder', and her first historical novel for young readers, 'Eliza Rose', which is set at the Tudor court. For more information visit Lucy's website www.lucyworsley.com and find her on Twitter @Lucy_Worsley,
Original link